Adaptive reuse in York County, Pa., of an above ground/underground musical kind 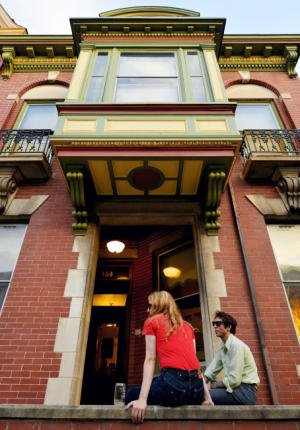 Let’s just call it a form of adaptive reuse, reshaping an old site with a different purpose from its original use. Here we have the Sign of the Wagon in York, Pa.’s East End, a house concert venue. An art gallery welcomes guests on this wonderful 154 E. Philadelphia St. house’s first floor, space that doubles as a concert hall. It’s one of a growing number of underground music venues around the region. A FlipSidePa.com story summed up the this type of music scene: ‘Underground music in 2015 requires you to find it, rather than finding artists through the radio or Pandora.’ Keeping with this wagon theme, the unrelated Wagon Shed in New Freedom is listed as another such venue.  ‘The Wagon Shed is an old post and beam, real wagon shed … located in New Freedom, Pennsylvania, USA. The concert room is on the second floor and has all exposed wood posts, beams and sidewalls,’ its website states. So here in New Freedom is another example of adaptive reuse, a big step toward preserving the quality of life in our towns. Interesting underground venues and cottage businesses begging discovery are popping up in places all around York County. Another musical venue of interest: Glen Rock’s Ruins Hall: What was on that site that became ruins?

As in Red Lion: New caboose arrives in Stewartstown 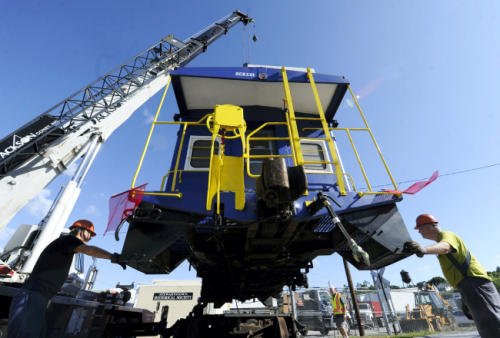 Red Lion move an old caboose to town recently to exhibit at it Ma & Pa Railroad station recently. And now comes one to Stewartstown, for the Stewartstown Railroad. The railroad landed this 1967 Union Pacific Steel Class CA-9 Caboose from WACO Products Inc. in the Baltimore area.

Up on high in Manchester Township: The YDR’s Jason Plotkin is … .

On a day of highlights, being on a 100 ft. water tower was literally the highest. Thanks to @yorkwater. pic.twitter.com/bsGt7e1uPe 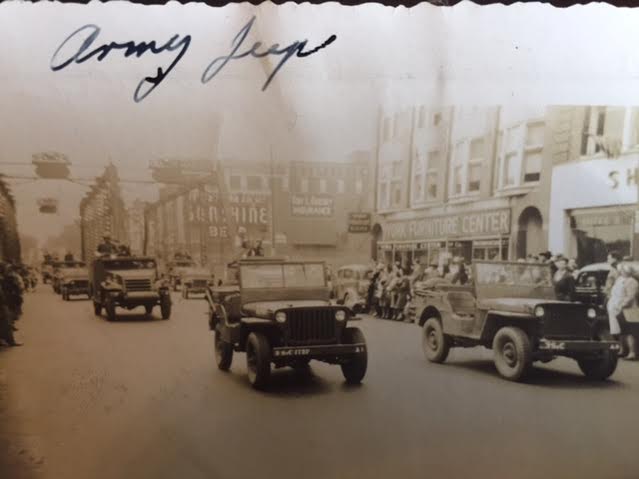