Abraham Lincoln at Hanover Junction: In 1863 … and today 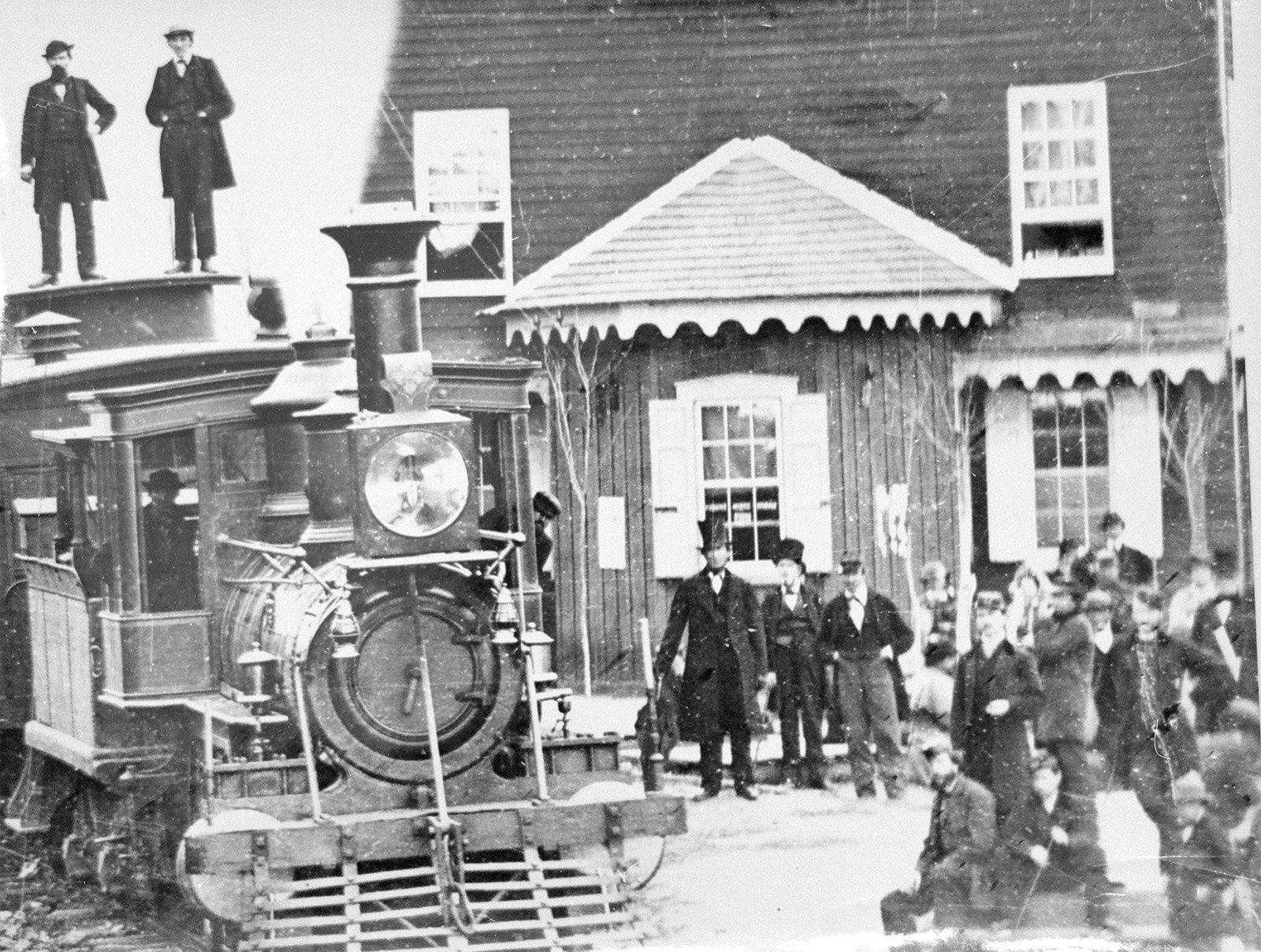 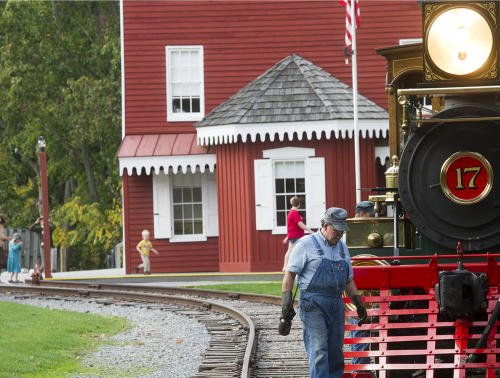 The top photograph shows one of York County’s most controversial photos, particularly relevant in this season in which Abraham Lincoln passed through Hanover Junction on his way to – and his return from – delivering his Gettysburg Address. Is that Abraham Lincoln in the stovepipe hat or someone else, maybe railroadman A.W. Eichelberger? In the bottom picture, the ‘William H. Simpson’ pulls into the Hanover Junction station in a Steam into History October 2014 excursion run. Abe, in the form of a living historian, returns again this weekend as part of Steam into History events. For links to discussions about the 1863 photo controversy, check out: Trains, stations and the Gettysburg Address. And here’s the most thorough written discussion on the controversy that I’ve ever seen: Abraham Lincoln at Gettysburg website.>

Catching up on two more photos in the Picturing History series … 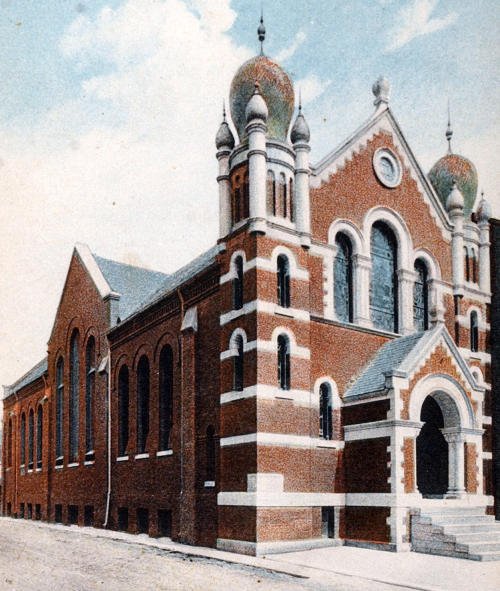 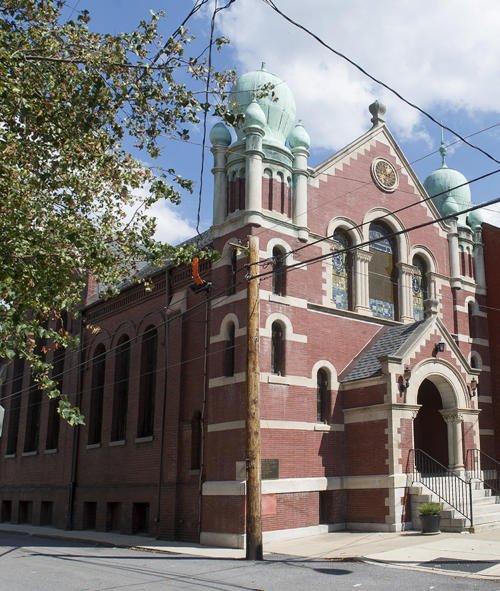 Captions from Picturing History: Top, a Jewish synagogue on South Beaver Street in York is seen on a 1916 postcard courtesy of the York County Heritage Trust. Bottom, the same view now shows Saints Peter and Paul Catholic Chapel in August of 2014 in a photo by Paul Kuehnel of the Daily Record/Sunday News. Also of interest: Chai Road Tour provides insight into Jewish life in Downtown York.

At left is the First National Bank of Glen Rock, seen in 1914 in this archive photo of unknown origin.

At right, what is now PeoplesBank operates in the same Glen Rock building in this October 2014 photo by Paul Kuehnel.