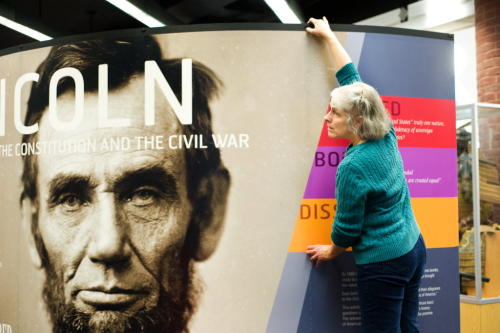 ‘The last time Lincoln traveled to Gettysburg, it was on a train. This time around, he came wrapped up in a big red box,’ The Hanover Evening Sun story on a new exhibit stated last week. ‘The traveling museum exhibit, “Lincoln: The Constitution and the Civil War,” arrived at Gettysburg College’s Musselman Library on Tuesday morning and quickly found itself in the hands of a team of librarians, eager to put the 16th president back together again’  This is engaging stuff, with more about the Civil War 150th coming as the anniversary of the Battle of Gettysburg nears. Read more at ‘New Lincoln exhibit in Gettysburg.’ Also of interest: Check out this wealth of stories and photos from this blog Civil War category.

Activities marking the 150th anniversary of the Civil War will reach a high water mark this year.

In about four months, this region will be abuzz with opportunities to study and observe the war’s impact on this region. In fact, work is already well under way on these efforts.

York County, part of the action 150 years ago, will see the unveiling of a rehabbed Electric Map in Hanover. A new steam excursion service is slated to run between New Freedom and Hanover Junction, Steam into History. The York County Heritage Trust will present an expanded Civil War exhibit.

The York Daily Record/Sunday News, with sister newsrooms in Hanover and Chambersburg, will be all over these events.

To get an early look of some of the digital work under way, see its prototyped social media Gettysburg 150 site. Btw, it’s on an platform with an interesting name: RebelMouse.

What a wonderful opportunity to learn about history.

Here is some of the coverage of preparations:

Protect the Cyclorama building: Protesters against demolition of the landmark building that house the Gettysburg Cyclorama for decades are raising voices – and signs – against it demolition. The Cyclorama has relocated at the new Visitors Center building for several years.

Obama to visit Gettysburg? The Hanover Evening Sun thinks he should, as expressed in this editorial: ‘Another Gettysburg Address.’

150th websites: James Beehley, on the faculty at Harrisburg University of Science and Technology , runs a website and a blog about using technology to teach the Civil War.  “The purpose of the website is to provide educators with lesson plans, tools, tips, and strategies for teaching the American Civil War,” a news release states. 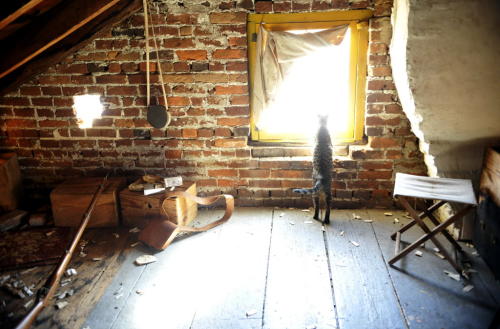 The Civil War 150th provides an opportunity to sing out the existence of unsung sites in this region. One is the Shriver House Museum, in Gettysburg near the battlefield.  Here, the York Daily Record/Sunday News’ Chris Dunn captured a scene from the Shriver House Museum’s attic. The window served as a post for snipers during the battle. “Blood stains have been detected on the wooden floor, and bullets are still embedded in the house’s walls,” states a caption with the story: Private museums begin getting ready. Unsung sites in York County: Black history on display throughout York County.

Forum of the day: Exchangers are discussing the private museums in Gettysburg and their preparations for the 150th.