About jugs and stills and the York County hillbillies: Linked in to history, Nov. 14, 2012 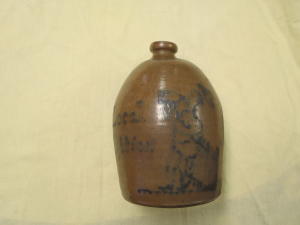 You can’t put a price on history, but now and then, the value of its artifacts come to light. Such was the case of the sale of a recent Pfaltzgraff jug. A York Daily Record/Sunday News story states that it fetched $8,000 at auction. For some time, it has been sitting on the cement floor in a basement. The jug is interesting because it is decorated with a man drinking out of a jug. It no doubt was made to hold spirits, a product of many York County farms in the 1850s to 1870s when the jug was crafted. We might or might not want to face up to it, but many ancestors of today’s York County residents produced moonshine, either for sale or personal use. For more on that, check out: With all those stills, the York County hillbillies? Also of interest: Check out these additional stories and photographs about Pfaltzgraff and Dragon-style pottery pieces, picked up in York County, intrigue reader and Carrie Nation in York, Pa.: ‘I told them that they were maintaining a drunken men’s club’ .

Snell’s  topic? “Major General William B. Franklin and the Battle of  Fredericksburg.”

Franklin, also a native son, was criticized for his command decisions in that battle.

By the way, some people might think the round table is only for students of the Civil War.

The topics usually resonate with laymen, as well. And the event is free. There aren’t membership dues.

Blog post of the day: Yorkblogger June Lloyd attended a recent lecture by Paul Nevin about native Americans in York County and writes about what she learned.

Another death warrant signed: Hubert Michael recently dodged the executioner. Now another infamous York County killer is facing a death warrant from the governor. Mark Spotz is now in the governor’s sights. Also of interest: Check out this list of York County’s most notorious criminal cases in past 50 years and This photo showing Spotz spitting at reporters soon after his arrest for multiple murders.

Forum of the day: Exchangers have the Spotz death penalty case up for discussion. 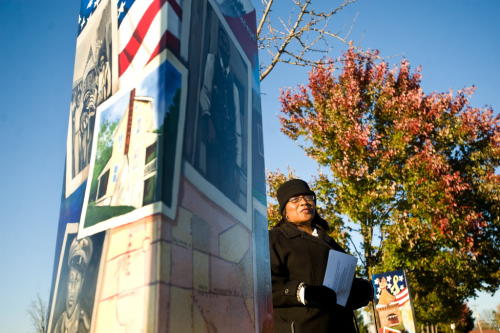 Murals of Gettysburg? The subhead on a Hanover Evening Sun story about a new Gettys Place mural tells the story of the painting: ‘A new mural across from the Lincoln Cemetery shows the untold history of the US Colored Troops and Olde Getty Place neighborhood.’