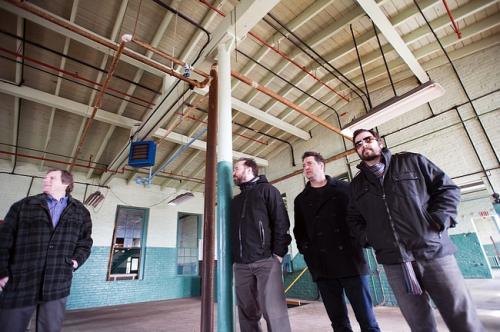 Patrick Dahlheimer, Chad Gracey, and Chad Taylor, right, members of the band Live, are seen with York City Councilman Michael Helfrich in the former Maple Press/Bi-Comp building in York this week. The trio, performing as Gracious Few, purchased the old building on York Street. That day, many events around York touched on people or companies with national renown. Also of interest: Check out this list ready for induction in a York County Arts & Entertainment Hall of Fame.

Thomas Freidman has written that the world is flat, that what happens in one place can impact a locale far away, maybe half a world away. And vice versa.

So it shouldn’t be surprising that a slew of events earlier this week over a 24- to 48-hour period involved York County links or players or companies with national or international ties:

Here goes the news that demanded attention in and around Tuesday:

2. York County mourns Joe Paterno’s passing and attends his viewing with the rest of Pennsylvania and beyond. York County is home to thousands of fans and alumni and has produced numerous Penn State players. Story: “Joseph Vincent Paterno.”

7. Retired Congressman Todd Platts converses with President Obama on his way to deliver his State of the Union message. This has happened before, and it catches the eye of national photographers and, this time, the national website Salon. Story: “Platts’ sons in attendance for father’s last State of the Union.”

Of course, the saying among some local historians is that York County is the center of the universe. We’ve been a crossroads community since our founding, in a mid-Atlantic state. We sit on the Mason-Dixon Line, where north meets south. We’re near Harrisburg and Washington. We’re somewhere in between the large northern city of Philadelphia and the significant Southern port city of Baltimore.

Yeah, we’ve seen this before.

Still, it was a memorable moment. 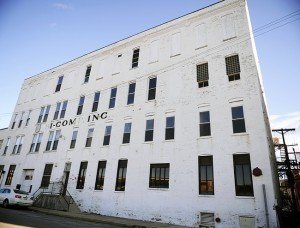 Members of the band Live have purchased the former Maple Press/Bi-Comp property in the 200 block of East York Street.