A wide-angle look at the mile-wide Susquehanna River

It’s that time of year – a chance for everyone to see the best pictures from the cameras of York, Pa., Daily Record photographers in the preceding 12 months. Here is Paul Kuehnel’s – a wide-angle look at the Columbia-Wrightsville Bridge, also known as Veterans Memorial Bridge. He captures the bridge kind of slicing through the mile-wide Susquehanna River.  ‘The super-wide image has more in common with human vision than a standard framed photo,’ Paul wrote on Look, the blog where YDR photographers post their best stuff. ‘We scan our environment with our eyes, breaking it up into pieces. It is our brain that assembles the story. The super-wide splices all the information from our field of vision, warped and morphed into one flat package.’ Check out other “best of” photos on the Look site. (Click on the image above to enlarge). Also of interest: Throwback Columbia-Wrightsville Bridge lanterns: Nice, bright and impressive-looking.

Other neat stuff from all  over … . 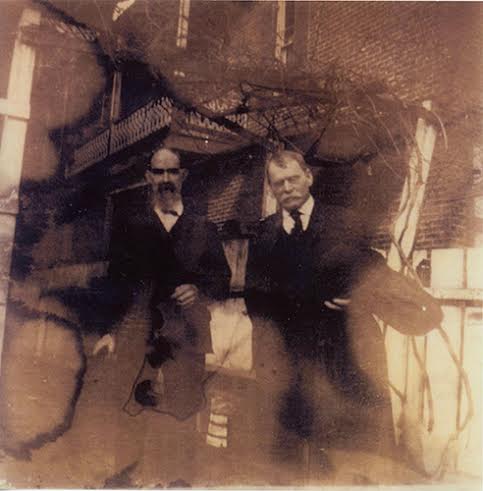 On the topic of Columbia-Wrightsville, Red Lion-area’s Vernard Wilson Bacon found this photograph in an attic. It shows his kinsman Wilson Cullum Shortlidge and presumably Theodore Roosevelt. Vernard conjectured that the photo was taken in Columbia or Wrightsville and may have come when Roosevelt was campaigning for President William McKinley. Roosevelt served as McKinley’s vice-president. Shortlidge lived on Walnut Street in Wrightsville. Vernard remembers Wilson Shortlidge, his aged and ailing great grandfather, who told him one time: ‘Sonny, I hope you don’t suffer like I do.‘ If Teddy in fact made it to Wrightsville, that would be the second known time that he set foot on York County soil. He addressed a crowd at the York Fair in 1906. 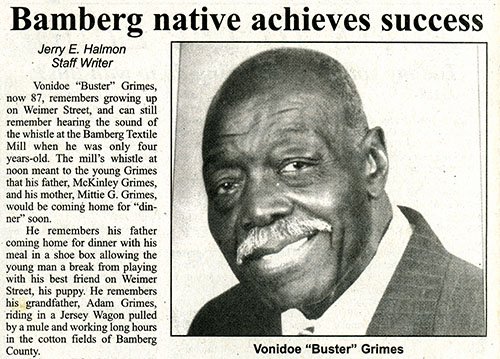 This story from The Advertiser Herald of Bamberg County, S.C., in 2009 tells a bit about Voni B. Grimes childhood. Voni spent his early years in Bamberg before moving to York, Pa., where he has become a leading citizen. The story named Grimes’ most notable achievement. In 1985, the College Avenue Gymnasium in York was renamed in his honor. That made Grimes the first black man in York County to have his name on a building. 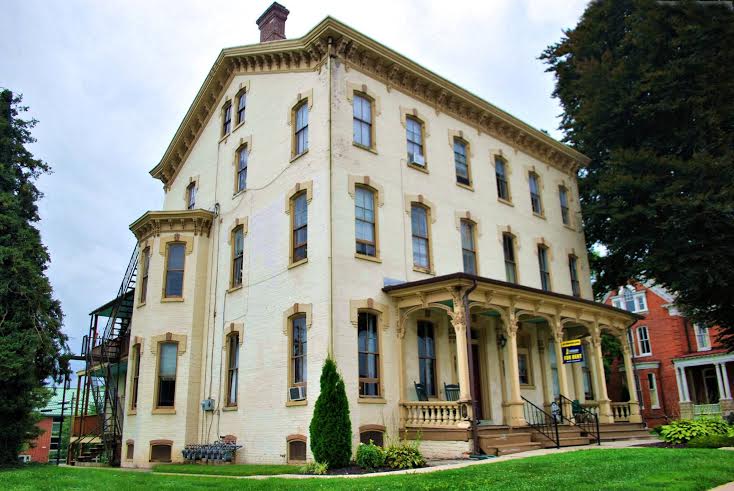 Anthony Machcinski, a web producer at the YDR wondered about the original use of this interesting and grand old building at 317 Hellam Street in Wrightsville. It’s now an apartment building. Actually, it’s been such for a long time. Lisa Burk of the Historic Wrightsville check fire insurance maps and found that it was a duplex. Its western side housed an office. Interesting, too, that the grand house next door, 325 Hellam Street, is for sale.

History Mystery: This wasn’t that long ago, but it will go down as one of the memorable times in this borough.