More stuff below: Once in a blue moon/Central York High School’s historians 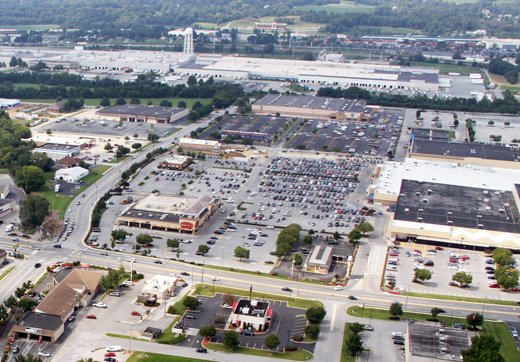 After and …:  Chris Mudd is owner of Office Furniture Today, based in the old York Whitehull Airport hanger, the rectangular white building at about 8 o’clock in this photo. To get your bearings, that’s Springettsbury Township’s Wal-Mart in the former York Mall to the right and that’s the Panera Bread building near the center. Chris plans to enlarge both this photo and the ‘before” photo (see below also showing York Valley Inn) and hang him in his business. It’s nice to see a business owner with such a keen interest in the history of his building. Also of interest: Building No. 11 in Springettsbury Township. What was it then and what is it now? (Answer: It’s Office Furniture Today.)

“As the Advanced Placement exam season draws to an end in early May, I am always left with a month to explore the intricacies of US History with my students. I usually throw a big project at them to occupy their time and push their thinking in ways that I could not have done during the course,’ Greg wrote, in beginning his piece.

Peter accurately assessed Greg’s work in his intro: “This guest post is written by Greg Wimmer, Central York (PA) High School. I met Greg at TechitU and was impressed by the projects skillful integration of technology and community involvement into the history classroom.”

What’s in the attic? York City workers recently went through old records and artifacts in the attic of old City Hall,  soon-to-be police station. Check out what they found: What’s in York’s attic?

A busy Farquhar Park: Lots went on in Farquhar Park, York’s second oldest public park, as these stories and photos show. (Penn Park is the oldest.)

Buffy’s World: The best of this week’s Yorkblogs: Instagram contest to Smart magazine to top YDR videos of the week

Forum of the day: Once in a blue moon? Do you know where that comes from? Well, look up tonight and you’ll see one: http://bitly.com/PESVfU. Plan to take a look? Background: York countians viewed a Super Moon in May. Background: Super Moon over the Susquehanna. 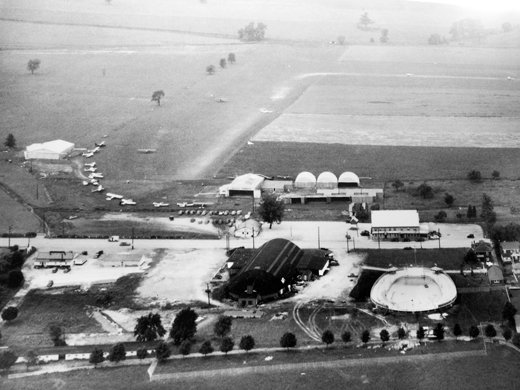 …Before: After seeing this photo, Chris Mudd decided to go back up to capture the scene today. That’s the photograph above. Notice the landmark York Valley Inn to the north of Route 462 in the right part of the photo, directly across from Playland Pool. It was dismantled and reassembled in Susquehanna Memorial Gardens, a cemetery in York Township.