A tow plow? One can only hope it never comes your way: Linked in to York County history, 3/7/13 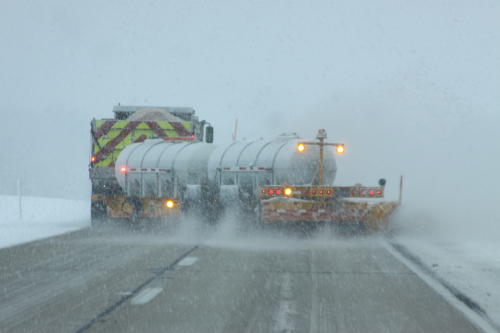 It’s called a tow plow, and it plows two lanes of highway in one trip. And one can only hope that it doesn’t break lose and come your way. It was at work during this week’s storm. At this blog, we specialize in weird and unusual and vintage four-wheel vehicles. (See another photograph in that category below.) Well, glancing again at the photo of this beast above, make that four  or more wheeled vehicles. Also of interest:  How a photograph of a creeping runner tells a 1,000 words about change in York County and 8 photographs document scenes after big snows hit York County.

Stephen Smith, whose work over at Yorkspast blog I immensely respect, raises a good question about the doomed Meadowbrook/Avalong’s/Pfaltzgraff barn at Mount Zion and Whiteford roads in Springettsbury Township.

What will be the fate of the cow weathervane when the barn in demolished?

He has a photo of that vane, sitting atop the middle ventilator.

Here’s one. Maybe Susquehanna Bank could incorporate it into the design of its new bank after the barn comes down. What would that be called: Micro adaptive reuse?

Stephen dug into the question on his blog, and the short answer is 1949.But there’s an interesting longer answer from Steve. Visit: McGann Manufacturing Company in Spring Garden Township

Revving up: You’ll be seeing a bunch of stories coming up on the impact the 150th anniversary of the Battle of Gettysburg will have on southcentral Pennsylvania. Here’s one from Franklin County, the county where virtually all the Confederates tramped through on their way to Gettysburg (and York County.) Visit: Franklin County to see tourism boost. 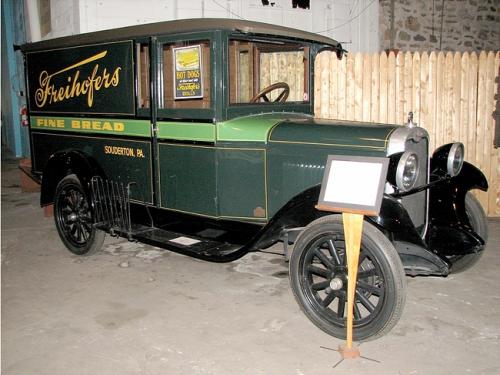 Boyertown Museum of Historic Vehicles has this 1928 Chevrolet truck on exhibit. It was used by the Freihofer’s bread brand and was reportedly built in York. One might speculate that the truck body came from York County, perhaps constructed by Martin-Parry, maker of such. The heyday of York-brand automobile-making came roughly in the dozen years before World War I. Also of interest: Check out these many stories and photographs in yorktownsquare.com’s Wheels of York category.