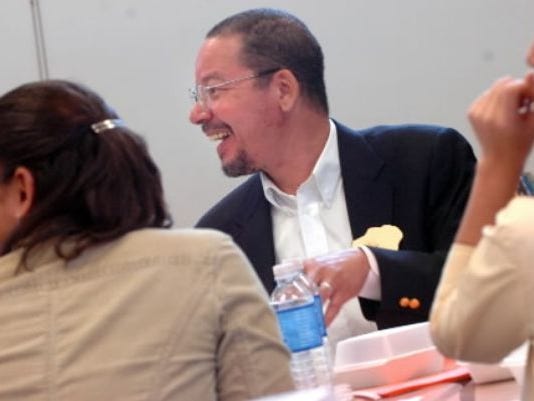 Hal Colston, a York native who has become a leader in the anti-poverty movement in Vermont, judges greens in a February 2008 cookoff. The event took place at Hannah Penn Middle School, where he attended before matriculating to William Penn Senior High School. Update: Colston, a consummate volunteer, was named Vermonter of the Year in 2014. Background posts: All celebrities posts from the start and All York County people posts and William Penn: People mag features York native Hal Colston as a ‘Hero Among Us.’
The recent high school graduation season provided an impetus to gather links to national achievers who received their sheepskins from York County secondary schools.
These are just a few of hundreds and hundreds.
Just consider this a history lesson from the blogs: