Those old comfort stations under York, Pa.’s, Continental Square that have been closed for years? Well, some folks weren’t aware of them, as indicated in comments on YDR’s Facebook page. (See below). Probably fewer were aware that those stations went into during Prohibition to replace the bars that were no more. But here’s one thing even fewer know. A hidden passageway, actually a service hallway, connects the men’s and women’s comfort stations. You’ll get a glimpse of it at the end of the first video below and get a full look at the second video below. Also of interest: 5 links explain York’s Continental Square’s history.

Planters above the comfort stations are causing damage to the subterranean structures. That damage brought the stations back into the news, and the YDR’s Paul Kuehnel provides a video tour. It’s complete with view of this obscure passageway. For years, some have contended a passageway connected the comfort stations with the former Futer Bros. Jewelers building standing nearby. Perhaps this came from the little-known comfort station hallway. Unless, of course, someone out there wants to provide information about such a Futer Bros/comfort station connector. Also of interest: Check out this comfort station photo tour.

A fuller view of the trek through the service passageway. 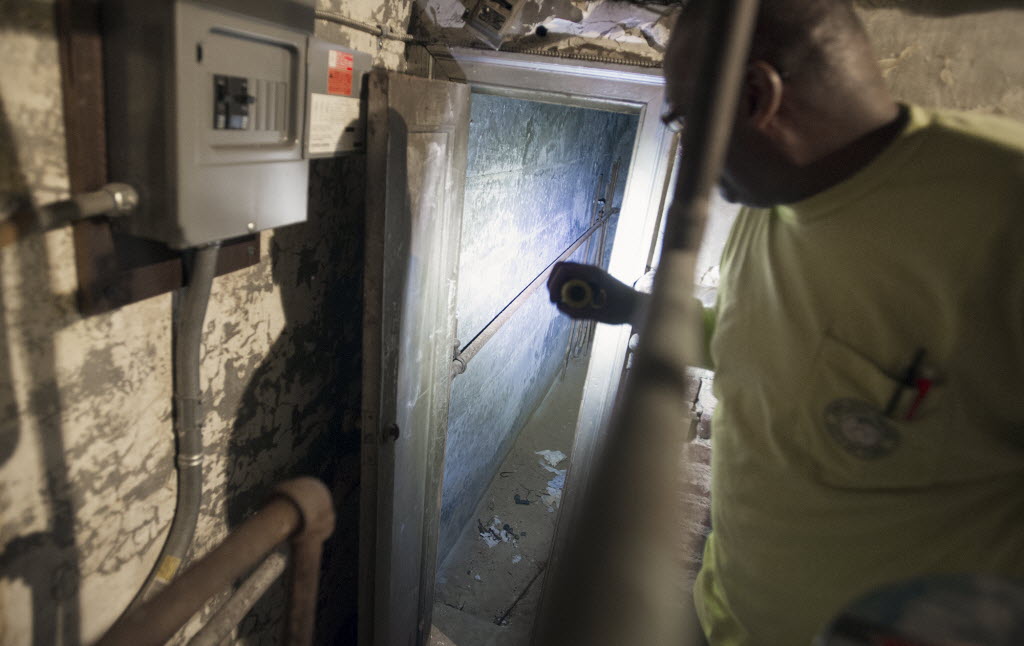 Ray Ferguson, of York’s electrical bureau, gives a tour of the service entrance that connects the comfort stations for men and women.

Baseball in York: What Major League Baseball teams do York countians root for? The New York Times provides this interesting glimpse: A map of baseball nation. 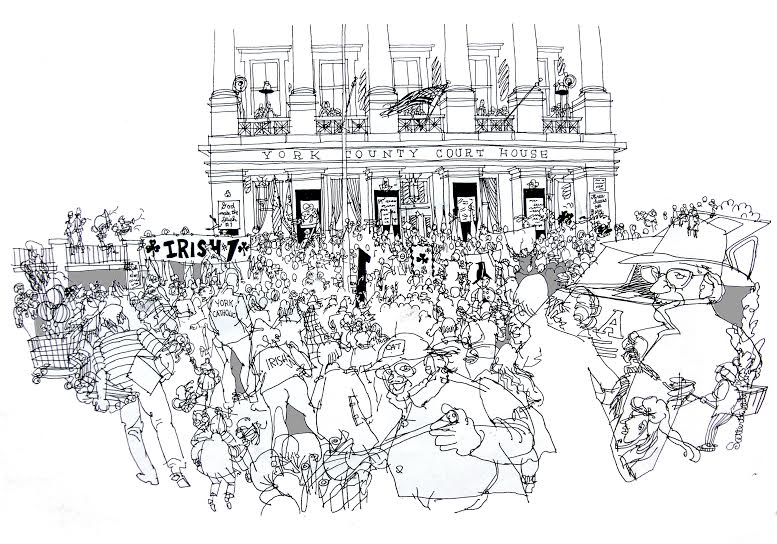 Artist Cliff Satterthwaite sent along this drawing of a St. Pat’s Day celebration. He didn’t colorize this one; maybe he didn’t have any green paint. Like several others that he’s sent, he noted that this drawing was never published in The Gazette and Daily or other publications. So York countians are seeing this for the first time here.

East Berlin’s birthday: The town’s 250th anniversary festivities will begin last this week. According to the Evening Sun in Hanover, here are some of the old structures that the town is touting: Swigart’s Mill, built in 1794; Church Schoolhouse, built in 1769; the Liberty No. 1 Engine House, built in 1892; Red Men’s Hall, built in 1849; and a log cabin constructed in 1832. See more: Small-town thriving in East Berlin.

Under the square: FB commenters had a good time with their observations about York’s undergrounds restrooms. Click on comments to see what people are saying and feel free to weigh in: