A black Civil War volunteer’s heroism, and how his deeds in Wrightsville came to be recognized 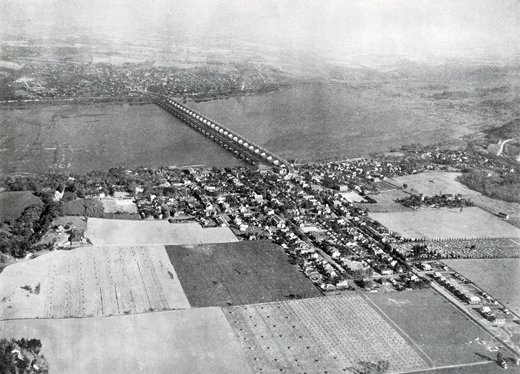 This 1930 photograph from a Columbia-Wrightsville Bridge dedication booklet shows part of the battlefield in Wrightsville 70 years after the Civil War. A Confederate brigade, under the command of John B. Gordon, approached the town from the west, at bottom, and ran into an outnumbered assortment of Union troops – regulars, invalids from the military hospital in York, militia and civilian volunteers. The Confederates attacked in an attempt to secure the bridge. That taken, Harrisburg and Philadelphia would be in their sights. Union command ordered the bridge burned to stop that advance. They succeeded, and Wrightsville became the farthest point east reached by the rebels. Also of interest: A wrap up of the Confederate invasion of York County and  Susquehanna River bridge before the flames: “One old negro … sat very coolly on the edge of the pier, smoking a cigar’.

A marker was dedicated on Saturday to commemorate the heroism of a black fighting man who died in the Battle of Wrightsville on June 28, 1863.

The following are 5 images and videos telling the story of this volunteer, whose name is not known and whose bravery in fighting for the Union against a larger force has been unrecognized for 150 years. 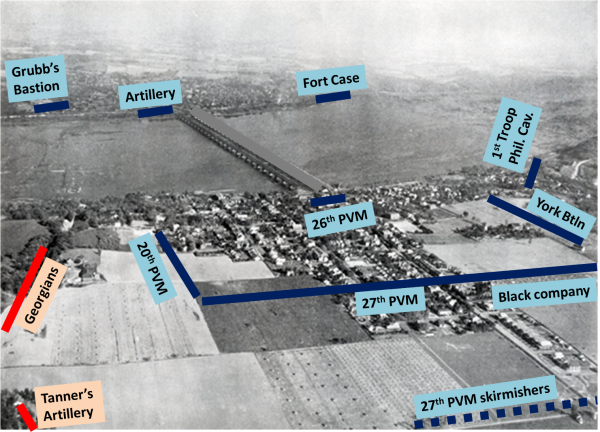 Civil War historian Scott Mingus placed labels on the 1930 photograph showing the approximate defensive positions of the Union troops (blue labels) and their attackers on this part of the battlefield. Notice the label for the black company, where the volunteer first dug entrenchments and then fought before a Confederate shell decapitated him. Mingus pulled together what is known about the black company and the brave volunteer: Remembering another fallen Civil War casualty. 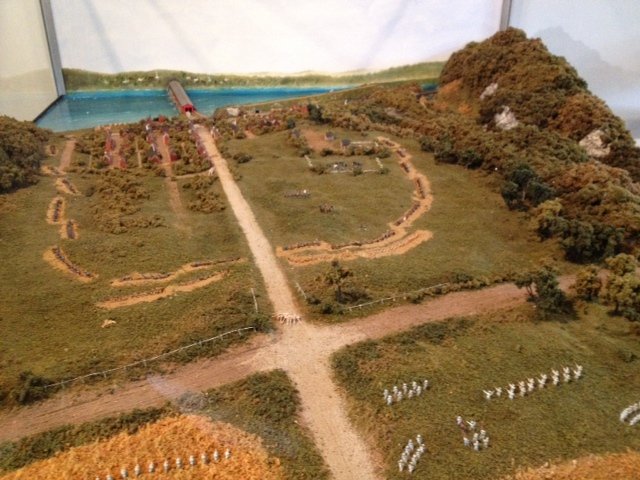 This diorama in Wrightsville, one of Historic Wrightsville’s museums, gives a recreated view of the Battlefield. The story of the black fighting man came under the spotlight in 2013 in news coverage about the 150th anniversary of the Battle of Gettysburg. An unknown Confederate’s burial place, upriver from Wrightsville, received a new headstone. This led the York Daily Record/Sunday News to question why the black volunteer – fighting for the Union – should not be commemorated. Here’s one example: York County can never forget this unknown Civil War soldier. But we have. 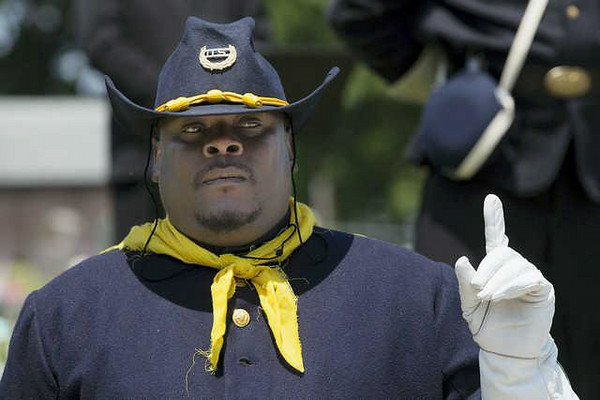 The call for recognition of this Civil War veterans caused some members of the public to offer donations for a marker and drew criticism from others: Story of slain black soldier at Wrightsville reminds reader of the cause behind the Civil War – slavery. After the 150th anniversary, the Daily Record continued to call for recognition. As the months passed, a black Masonic Lodge in York acted on that call: Marker to honor unknown black militiaman in Wrightsville. Social Friendship Lodge No. 42 Prince Hall, Free and Accepted Masons organized the installation of the marker in Mount Pisgah Cemetery and a ceremony to observe the heroism of the unknown volunteer. The Buffalo soldier, seen here, presented at the ceremony, timed for the same day as the fighting man’s death – June 28-  151 years later.

York Mayor Kim Bracey provided a short speech at the ceremony before the unveiling of the new monument. Speakers accurately told of the risks taken by the volunteer and others standing beside him in the trenches. If they survived the Confederate onslaught and were captured, they could have been hanged or enslaved. Check out: Unknown black volunteer honored for service. 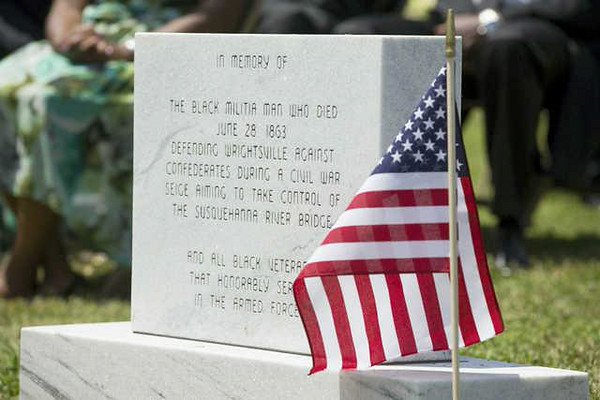 The marker, as unveiled in Wrightsville’s Mount Pisgah Cemetery, remembers the fighting man. Speakers said his heroism is indicative of other black fighting men who have fought for America in past and recent wars. More background about how the marker came about: Unknown black volunteer.