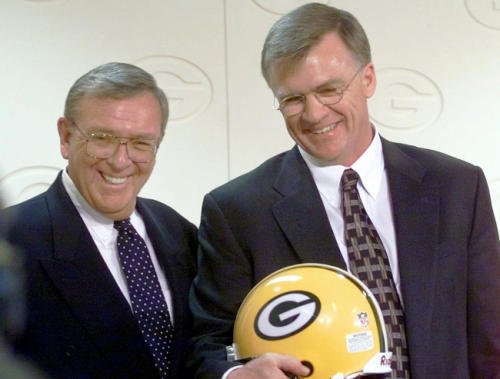 New Freedom, Pa.’s Ron Wolf is seen with new Green Bay Packers head coach Mike Sherman in 2000. Wolf has gained a spot in the NFL Hall of Fame, the second person with York County roots to do so. York High’s Chris Doleman was voted in last year. (Associated Press file photo) Also of interest: Lineup full of sports stars with York County links and The greatest athlete ever from York/Adams: The NFL community votes for Chris Doleman.

Another Wolf has made local and national headlines in 2015.

And in making the news on Saturday, York High grad Bruce Arians joined Ron and Tom in in the headlines. And Dover High and Green Bay Packers’ John Kuhn set this week of football successes with a touchdown in the Pro Bowl last Sunday. And former Yorker Lincoln Kennedy recently entered the College Football Hall of Fame.

The tracks helped the southern York County orchards and canneries to thrive.

And the hard work toiling in the fruit business paid off for Ron Wolf:

“All of it began on Broad Street in that tiny York County town and the farms around it,” the YDR’s Frank Bodani wrote: Finalist Ron Wolf gets Pro Football Hall of Fame nod to cap career from New Freedom to NFL.

“The biggest impact of growing up in southern York County was learning ‘the work ethic you had to have to make something of yourself,’ said Wolf, 76. ‘Being in a farming community, you’d work dawn to dust, that’s part of the deal. Summers were long. The sun came up early and the sun set late.'”
+++

Also on Saturday, the Arizona Cardinals’ Bruce Arians was named Coach of the Year.

This second win puts him in elite company, according to the Associated Press: 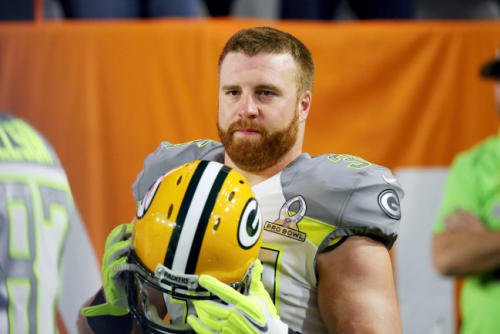 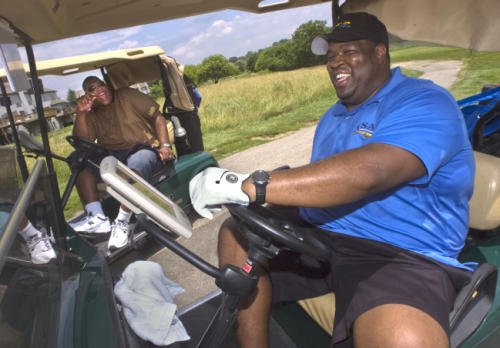 Former Oakland Raider Lincoln Kennedy is now a member of the College Football Hall of Fame.

All together, a remarkable sports week for York County, Pa.

Check out these stories and photographs about past and present professional athletes with York County links.

And all these York Town Square stories from the start.