6 views of York, Pa.’s, Royal Square, then and now 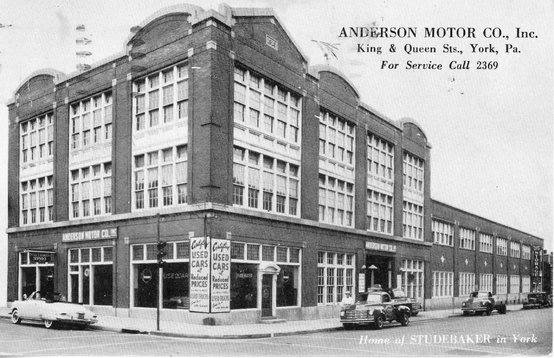 This shows the facade and showroom for Anderson Motor Co., King and Queen streets in York, Pa. It has since been removed and what remained was known for years as the Bond Sanitary Products building. Today, it’s called The Bond, a budding events venue to support the Royal Square neighborhood. The epicenter of Royal Square is Duke and King streets, a block away from the intersection pictured here, with artist studios and small retail space radiating from there. More photos of this redeveloping area, then and now, below. Photo courtesy of Greg Halpin. Also of interest:  The name’s Bond. Bond Building. Will it have a productive future?

York Daily Record business staff placed the rise of Royal Square on the short list of top stories in 2014.

No 1. was the demalling of the West Manchester Mall.

“The openings of Redeux and 56 Urban Provisions and other businesses represent efforts by Royal Square Development and merchants to turn Royal Square — the blocks bordered by King, Duke, Queen and Princess streets — into a hip, happening district. More is on the way with the upcoming openings of The Bond wedding venue and traffic black, a new store featuring sleek wood and metal furniture designed in York,” the YDR story stated.

Read more: From Macy’s departure to Royal Square, 2014 was a busy year for York County businesses. 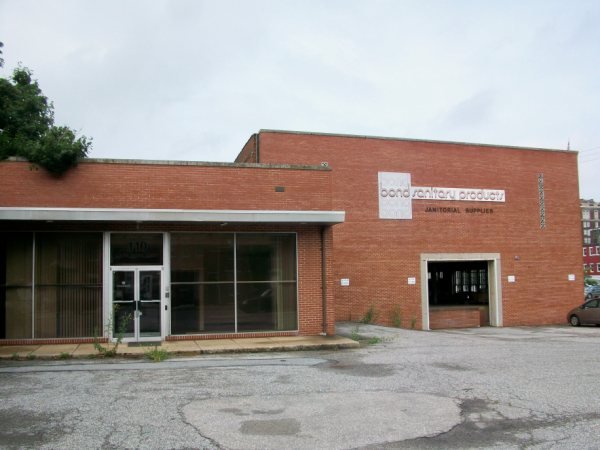 Researcher Sonny Urrunaga captured this photo of Bond building, sans facade and showroom, about five years ago. Urrunaga toured the building as part of his research on the York Charrette, a weeklong community meeting designed to ease racial tension and resolve underlying issues. Today,  The Bond is  providing community gathering space – coworking areas, a venue for events and artisan space. 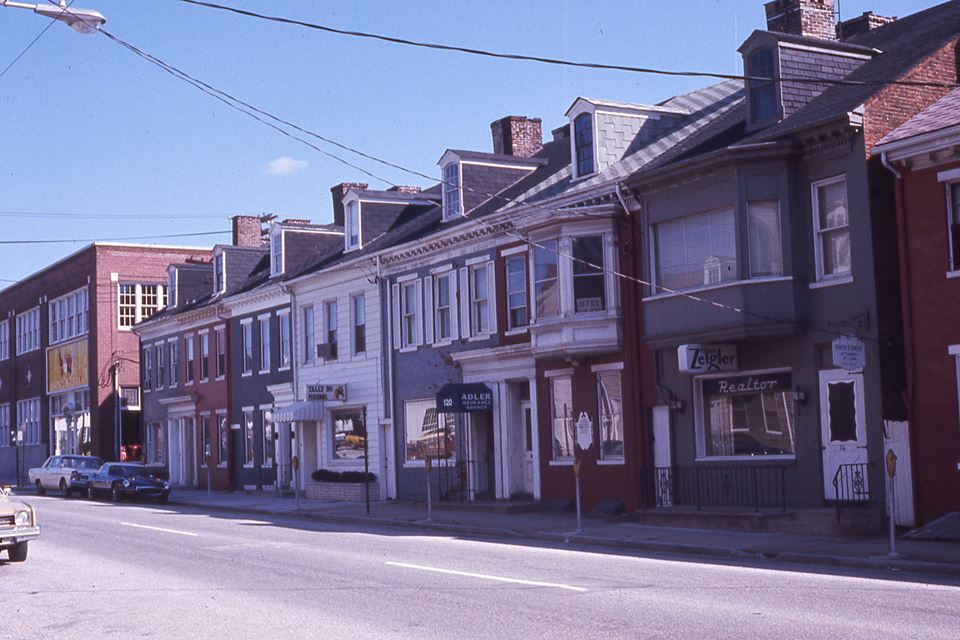 ‘This one is out of the Fire Department’s archives… .’ Greg Halpin wrote. 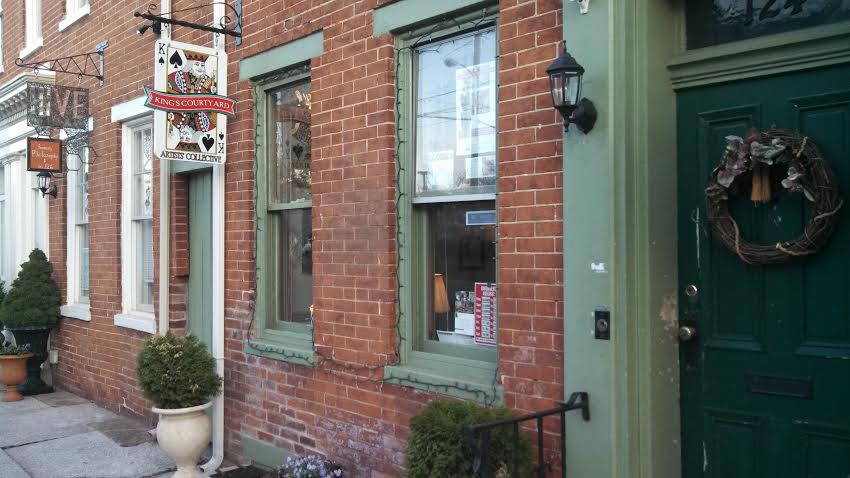 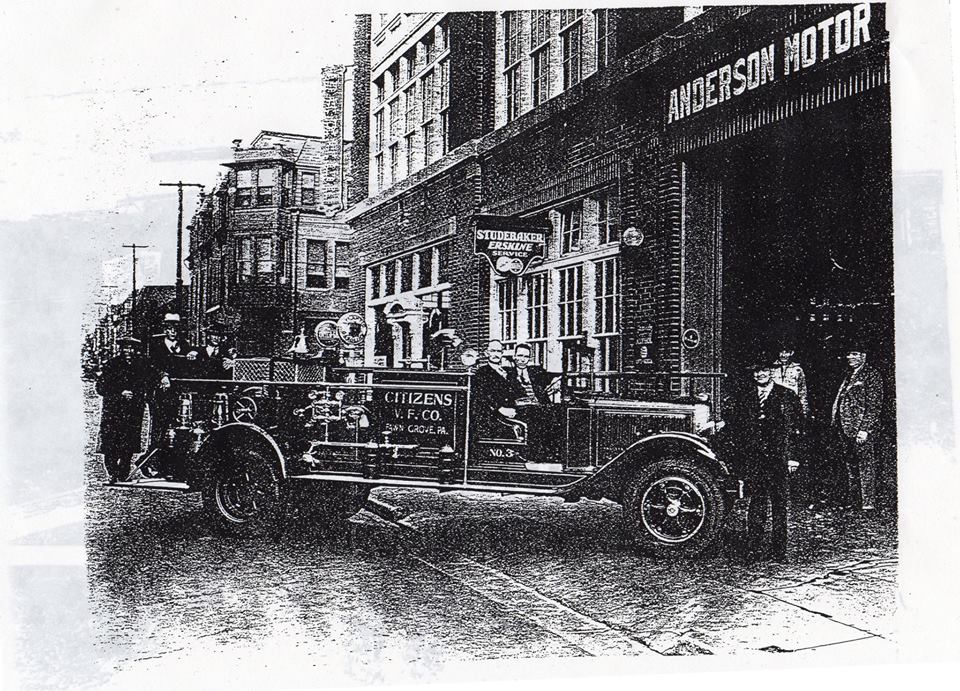 Greg Halpin provided this interesting photo, too. It’s a Fawn Grove fire engine, a bit far from home, on the King Street side of Anderson Motors, seller of Cadillacs, Studebakers, LaSalles and Erskines.
+++ 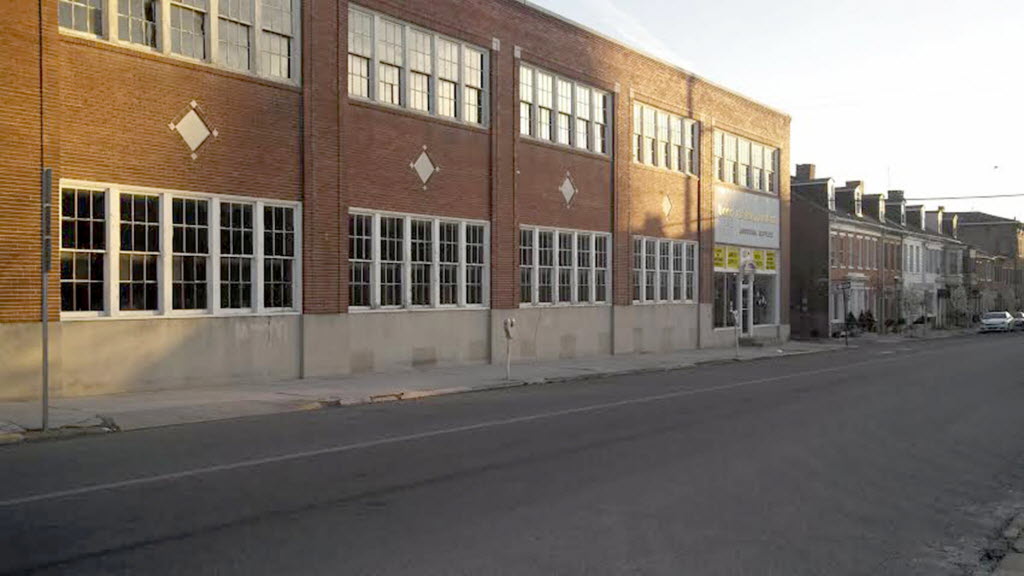 Stories and photos from YorkTownSquare’s archives.