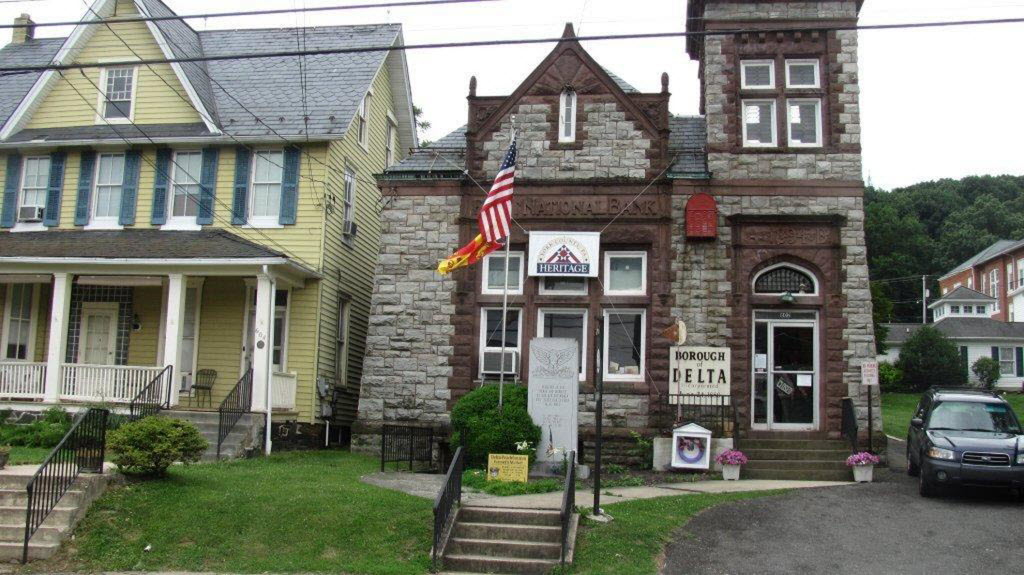 Delta’s Old Line Museum displays artifacts that tell about this southeastern York County, Pa.’s, diverse history – from Welsh slate mining to Ma & Pa Railroad history. Its inside prize is the slate clock – the Humphrey Pritchard clock. Its outdoors exhibit stands a couple of miles away – cottages in the Welsh mining village of  Coulsontown. Also of interest: Unusual artifacts in area museums, hog troughs and such.

York countians love their history, and many communities host museum to help tell stories about the past.

Here is a sampling of four among many such community treasures (and here’s a list of all the historical societies and museums around here) … . 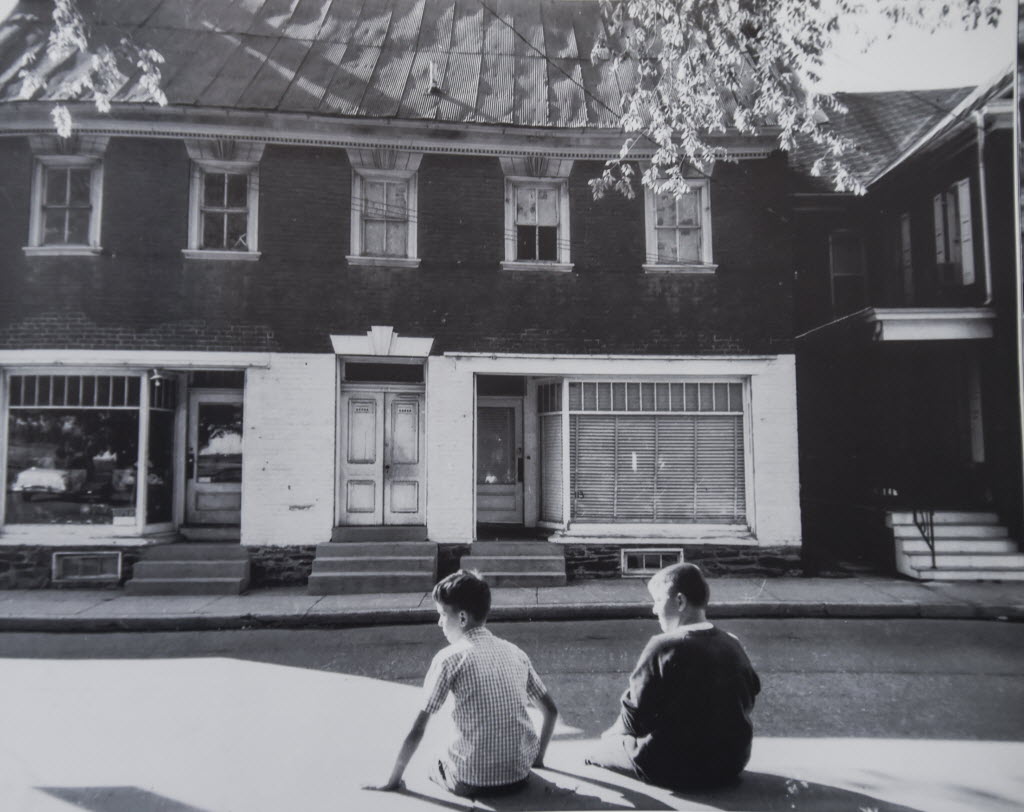 This 1960s photo shows the Neas House in Hanover. It was then a multifamily structure for years and housed retail space. The Hanover Area Historical Society, where this photo came from, has restored the 1783 building to its original look. In recent years, the society has focused on the nearby Warehime-Myers Mansion, now a HAHS Museum. 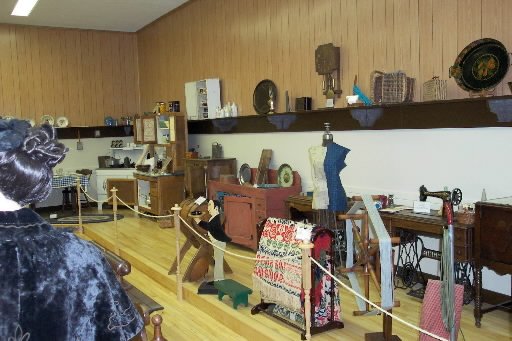 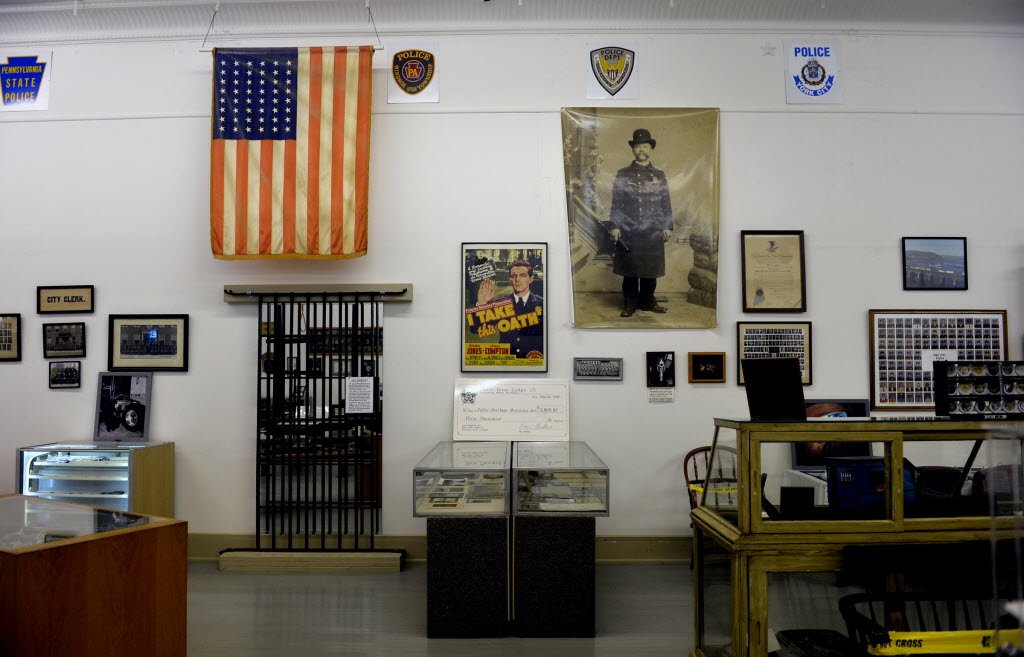 These are some of the artifacts at York’s Police Heritage Museum – prison bars, police emblems and old photos. The museum will be moving from its longtime West Market Street site, but remains open in the meantime.
+++ 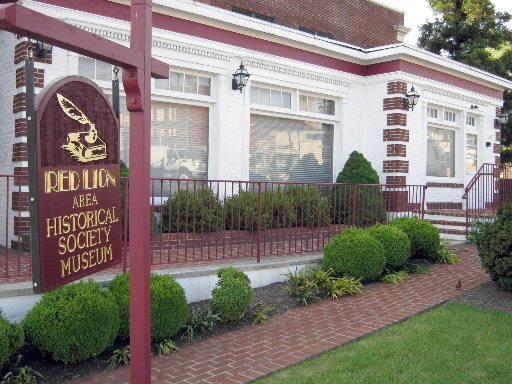 Red Lion Area Historical Society’s museum, telling the community’s story of cigars, handmade furniture and more, sits on the square. Down the street, the society also is working on the borough’s old Ma & Pa train station – and a recently moved caboose. 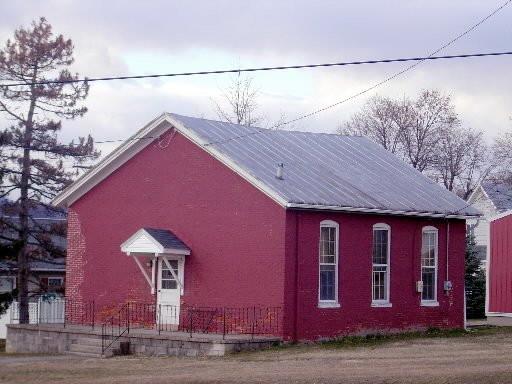 Over the years, the Wellsville Area Historical Society had sponsored open houses at the Little Red School House in that northern York County borough. Before World War II, about 300 of these one room structures operated around York County. 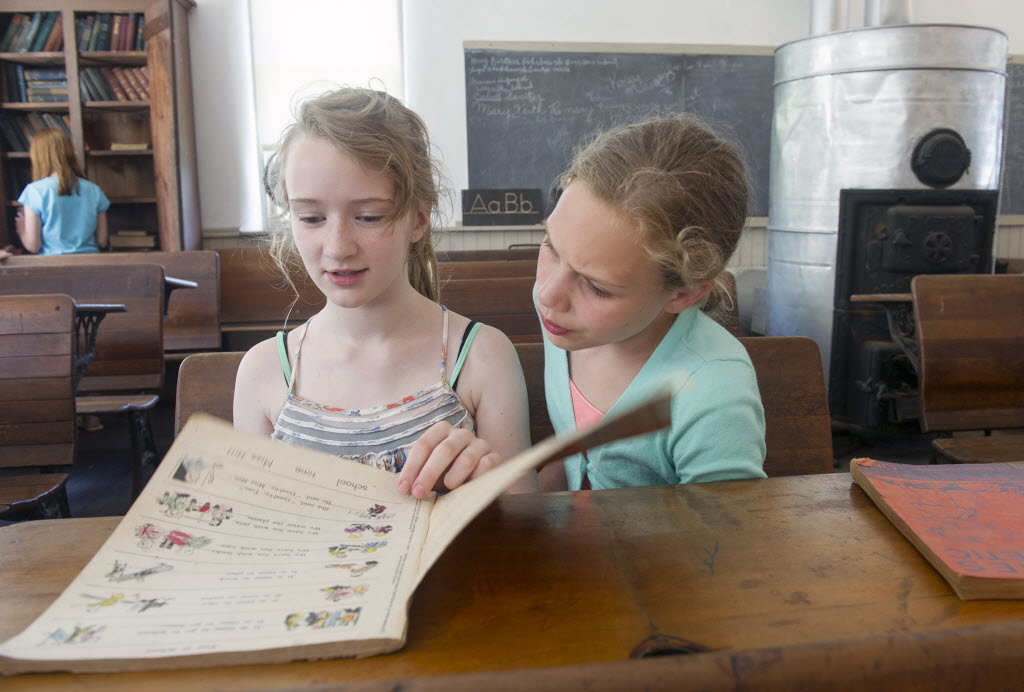 Last year, Fissel’s one-room school was open for public view. Another open house is planned for Sunday at the Shrewsbury Township school, on the grounds of Susquehannock High School. Here, Virginia Good, age 11, left, and Greta Flemmens, right, look over a first grade workbook. Their grandfather, Larry Flemmens, their grandfather, went to school there. His third grade class was the last to go to school there – in 1952. For more on Sunday’s open house check out: Glen Rock Historic Preservation Society’s Christmas In July.