5 Gettysburg 150 moments not to be overlooked 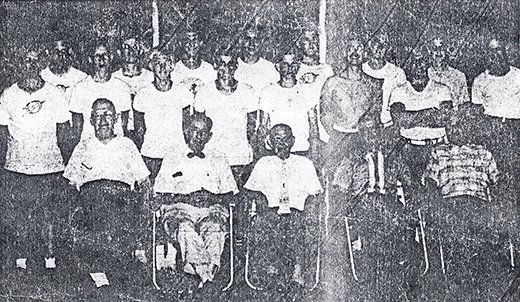 Five of seven members of former Spring Grove, Pa., Boy Scout Troop 46 who hiked from their hometown to Gettysburg in 1913 pose 50 years later. The Gazette and Daily published this photograph on July 3, 1963, showing the former Boy Scouts on the Gettysburg’s centennial battlefield. Surrounding them are members and leaders of Explorer Post 30 of Spring Grove, who had just emulated the 50th anniversary walk. Gettysburg 150 featured several such long-distance hikes to Gettysburg. Pictured, from left, Eugene Sterner, Ralph Kellenberger, Clarence A. Stump, Paul Spangler and John Hassler.  Also of interest: Check out all yorktownsquare.com Civil War posts from the start.

1. Over at Cannonball, Scott Mingus is listing 150 facts about York County in the Civil War. He’s halfway through. Here’s a sample:

“York County residents filed more than 700 damage claims after the Civil War citing losses from the Confederate invaders, Union defenders, or both. More than 1,000 horses and almost 60 mules were reported taken by the Rebels, and such diverse personal property as ladies’ bonnets and a buffalo robe.”

2. York Mayor Kim Bracey read a resolution with her views of the Confederate invasion on 1863.  Check out that resolution: York 150.

3. One hundred and fifty years ago, the Confederate Army was still north of the Potomac, susceptible to attack from the Union Army. The Hanover Evening Sun continues to follow: Lee’s invasion of Pennsylvania day by day.

4. This video, by the YDR’s Sonya Paclob, has the most intriguing headline from Gettysburg 150: ‘Don’t be a Farbe Barbie’. 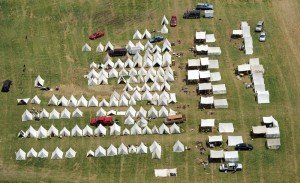 5. Aerial photographs of the Blue Gray Alliance re-enactment in Gettysburg 150 activities have drawn thousands of viewers. The gallery is one of many photo slideshows captured by photographers at the various Gettysburg 150 events.