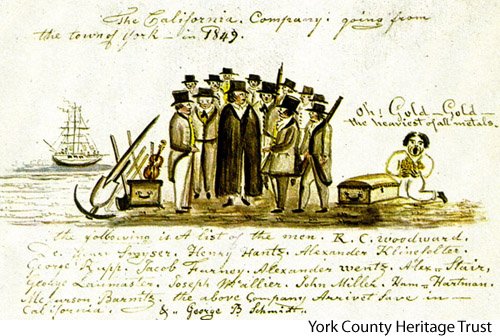 49ers from York?
Fellow blogger June Lloyd, who has extensively researched 19th-century California prospectors from York County, took a look at those local folks suffering from gold fever.
She blogged:
“By April 1849, sixteen other York County professionals and craftsmen had organized themselves into “The California Company” and were equipped and ready to sail on the ship Andalusia from Baltimore.” …