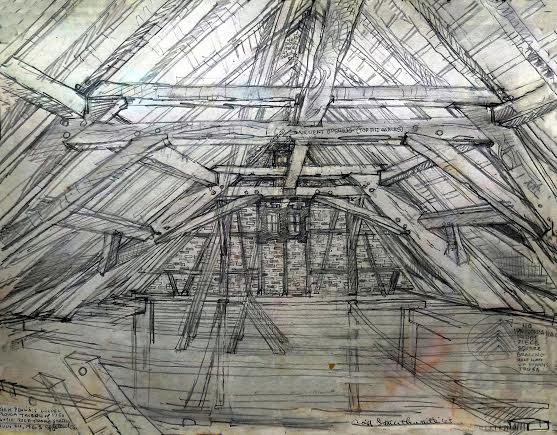 The Golden Plough Tavern, that 1740s landmark in downtown York, will be the center of attention in May. The York County Heritage Trust, operator of the old tavern, will throw a birthday party  at its West Market Street site. York artist Cliff Satterthwaite was there when the old building was restored 50 years ago – the topic of the birthday party. He supplied several drawings below. But this is my favorite. I’ve been in the tavern many times but never in its attic. Now I feel I have seen it. ‘Love the “cradle” attic structure!’ Cliff wrote, in an email. Also of interest: Check out these photos of a second restoration effort: The aftermath of a motorist who ploughed into the building. 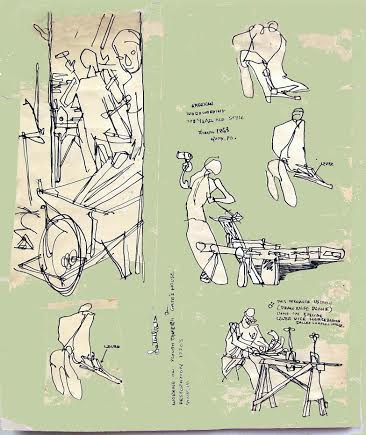 These are, as Cliff Satterthwaite wrote, ‘live’ Plough Tavern images. 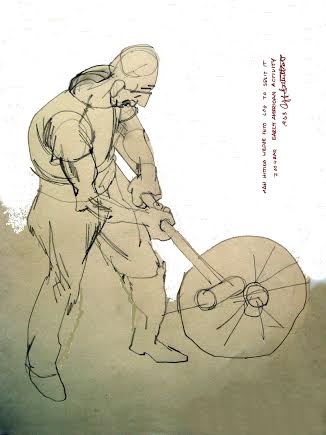 Joe Kindig III, a Colonial architecture expert, will speak at anniversary festivities on May 17. For details, check out this Golden Plough 50th anniversary FlipsidePa.com story. 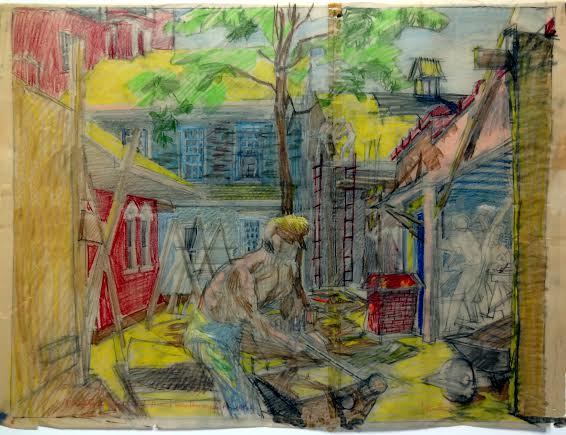 ‘I have other drawings of the “wattle and dub wall reconstructions,’ Cliff wrote. I asked him to pass them on. Some York County history fans are probably commenting: Can you believe it’s been 50 years since York’s Golden Plough Tavern was renovated? 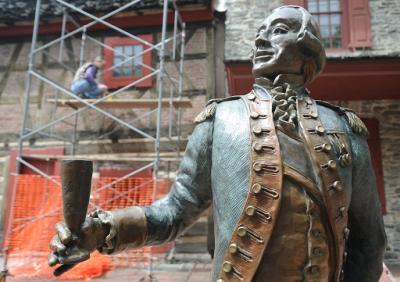 The Golden Plough today in this York Daily Record photo, with the Heritage Trust’s Dennis Kunkle doing his own restoration work.

The Plough Tavern’s anniversary might be a good time for a pro/con on the topic of whether Marquis de Lafayette’s famous toast in support of George Washington in the American Revolution took place at the Plough’s neighbor, the Gates House. Historian Scott Butcher says no and explains the issue: York, Pa.’s, touted Lafayette toast is mostly a boast.