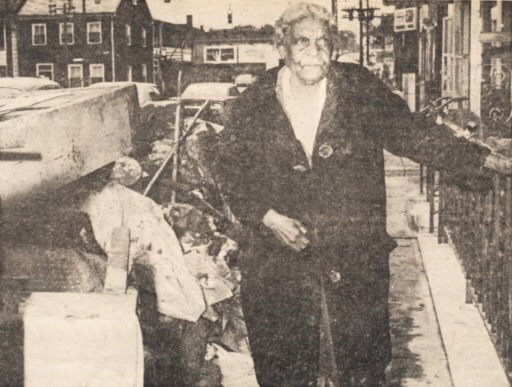 Ettie Lambert was one of thousands of York countians affected by Tropical Storm Agnes. The remains of the furniture from her flooded home lay on the sidewalk.

It started as a light rain, 35 years ago.
It ended in death and destruction.
That was the force of Tropical Storm Agnes.
It caused at least four deaths in York County and destroyed property valued in the millions.
In its aftermath, York and other hard-hit parts of York County struggled to rebuild. York City government accepted outside federal aid in large amounts for about the first time. Urban homesteading flourished. But still, the city lost at least 5,000 people in the 1970s.
Could it happen again? Dan Meckley, who has studied the Codorus, says statistically chance are high that it will.
Here’s a day-by-day accounting of the rain totals, in inches, from 35 years ago: