275th birthday observance of York’s founding isn’t a sexy number but may be effective, Part III 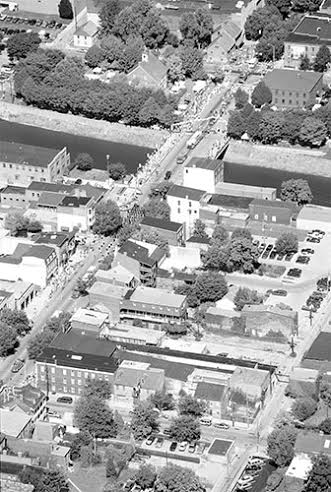 This major York County, Pa., 250 parade heads to the York Expo Center in 1999. The year-long observance of the county’s big Aug. 19, 1749, birthday culminated in this march, which started in Continental Square and ended on the track at the old fairgrounds. Also of interest: Is the 10th anniversary of York County’s 250th significant?

I took a recent post here – Remember York County’s big 250th birthday celebration in 1999? Much has happened in the past 15 years – and expanded it into a York Sunday News column.

That column – Let’s truly celebrate York’s 275th birthday – calls for just that. York was founded in 1741, and that 275th should not go without a celebration.

I call for the occasion as a moment for York County’s arts and artists to show off – to unleash their creativity.

He noted that the 250th in York in 1991 was marked by apathy and the sentiment that it wasn’t worth the cost. He produced this newspaper article that summarizes the 1991 York City anniversary scene.

I would just say that 1999’s well-planned observation shows that such celebrations have meaning and purpose.

In those days, not many books were being produced presenting York – and York County’s – history. Georg Sheets had several – including ‘Made in York,’ and ‘To the Setting of the Sun’ – but that was about the list.

As I’ve written before: 275th anniversary celebration of York, Pa.’s founding isn’t a sexy number but may be effective.

And I also was tagged with this good idea from Terry Downs: 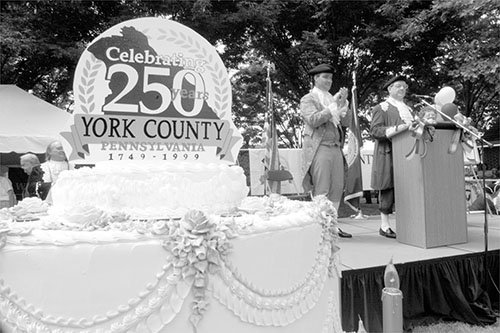