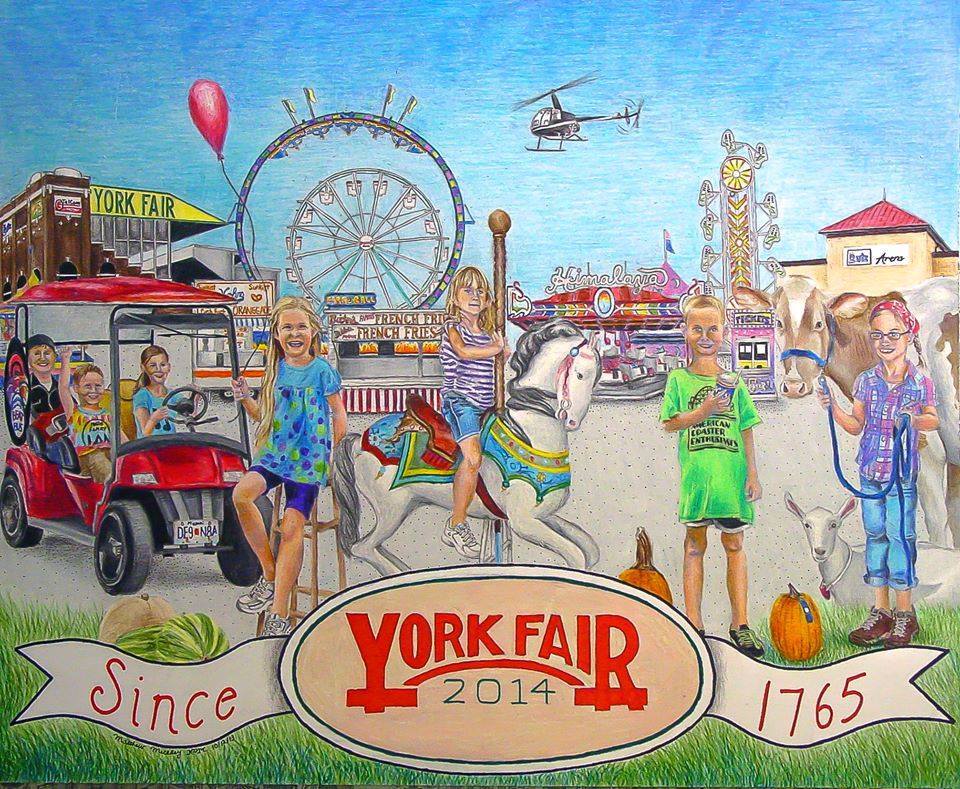 Matthew Meckley operates the very interesting York Fair Memories Facebook page. He also has drawn York Fair scenes each year since 2008. And he’s accustomed to taking home first or second place ribbons. His drawing above again earned him a blue ribbon this year. Check out his Memories Facebook album. And spend some time on his memories page, too. It’s loaded with photos and comments about this year’s York Fair – and past moments in this rite of York County’s September. Also of interest: Who performed at the fair in the year (fill in the blank).

Three other memorable York Fair scenes and other links … .

If you like York Fair photographs, here’s a YDR Media Center gallery of more than 300 pictures from past fairs. 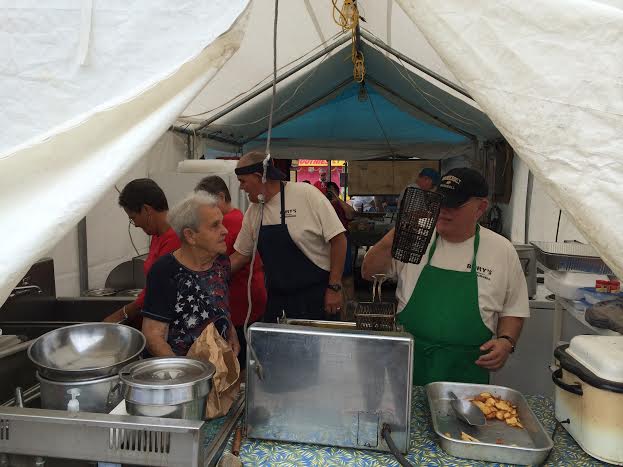 Betty Bury Harmon, of the York County family linked with delicious Bury’s hamburgers, is is working at the fair again this year – her 75th. The story answered a question: How did the Johnny Eagle’s stand – where the burgers are sold – get its name? From Betty Bury Harmon’s husband: ‘Her husband, Johnny Eckert, was the steward at the Eagles Club on West Philadelphia Street, and he had a stand at the fair called Johnny Eagle’s Lunch, later shortened to just Johnny Eagle’s. And that’s how Bury’s Hamburgers kind of morphed into Johnny Eagle’s at the fair.’ For more, check out: York Fair’s first family of hamburgers. 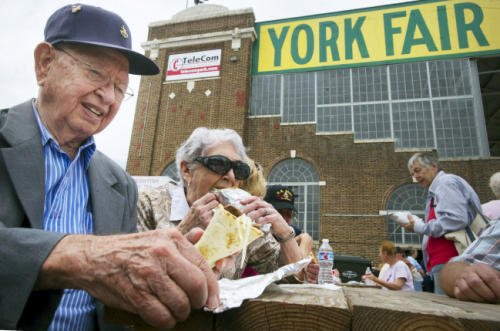 Did you know? College football was played at the York Fairgrounds. York Collegiate Institute, a forerunner to York College, played there – during the fair. So says Stephen H. Smith on his YorksPast blog.