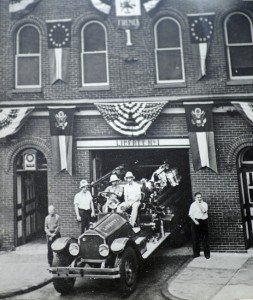 Surviving century-old social service and civic organizations are not common around York County.

Some have come and gone. Others disband before reaching the century mark.

So when we have such an observance, yorktownsquare.com will put it under the spotlight.

So to better understand the 100-year-old York County Firefighters Association, check out this short history, courtesy of ydr.com:

“The York County Firefighters Association was formed in 1912 after the state firefighters convention was hosted in York the year before.

“It was called the York County Fireman’s Association until its name changed in 1994. The original members, who paid 30 cents a year in dues, gathered monthly to discuss training and the advancements in firefighting equipment.

“Today, members pay $3 a year and receive a $100 death benefit and a $3,000 life insurance policy through the state. Meetings were reduced to quarterly in the 40s and have remained that way, although current president Fred Shilke Sr. would like to see members get together more often.

“The association was vital in creating the York County Fire School, which provides a central location for training and licensing. The organization continues to donate money toward the advancement of the school.

“In honor of this year’s 100th anniversary, Sen. Mike Waugh, R-Shrewsbury Township, had a flag flown over the state Capitol on Feb. 12 to mark the exact date the organization was founded.”

Other fire and firefighting posts of note

Was the Chestnut Street rowhouse fire the largest in York County’s history?

Deadly York fire: ‘There never was a more horrible one’