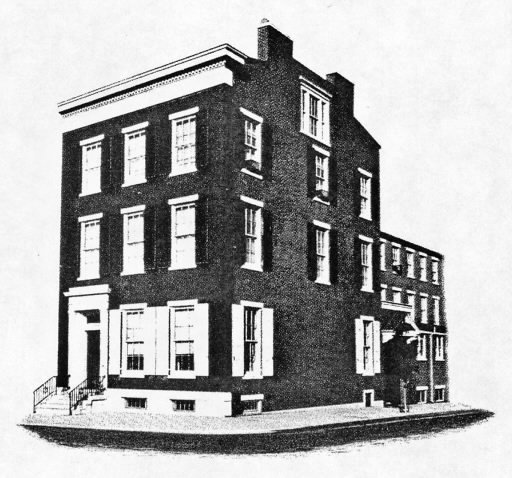 A list of pioneers in the post First York City Latino councilman temporarily state’s top appointed Dem included Vernon Bracey as the first black member of York’s Lafayette Club.
That event came 10 years ago – on the 100th anniversary of the club… .

The first woman was permitted into the club – but only as a guest of a member – in 1989 and as a member three years later.
Susan Weeks, former Eastern York School District superintendent, became the social organization’s first female board member in 1997.
All this ties into another post: York County civic, service groups fighting for lives.
In the past three decades, many civic and social organizations in the York area have opened their ranks to women, or men, or those other other races. Part of the impetus is pragmatic – they need new members to survive.
Sometimes, it’s hard to see change in a community.
But such benchmarks as the integration of a staid lodge is one indicator of progress.
Here’s the York Daily Record/Sunday News story (19/23/98) about Vernon Bracey’s entry into the exclusive organization:

A traditionally white male social club admitted its first black member this fall, a century after it was formed.
Originally open only to “gentlemen,” the Lafayette Club began accepting women in 1992, and last year appointed its first female member to the Board of Governors.
Now, with Vernon Bracey – manager of the York Water Co.’s meter-reading department and a member of Crispus Attucks’ board of directors – on the membership roster, the club has stepped closer to racial diversity. The social organization remains predominately white and predominantly male with women making up less than 50 of the 350 to 380 members.
The Lafayette Club, located in three-story building at the corner of Market and Duke streets, is trying to better reflect the area, said club president William Morris.
“We’ve strived to have more diversity in the club and meet the needs of the community,” said Morris, who is also president of York Water Co.
Still, Morris said, Bracey was admitted because “he’s a fine young man,” not because of his race.
“I think he’ll be a real asset to club,” Morris said. “He’s a real asset to the community.”
His membership came as a perk with his job, which he started in September, Bracey said. Until then, he had never thought of joining.
“It had a reputation of only having certain members,” Bracey said. “It was common knowledge among members of the black community that they were not welcome.”
Asked whether he thought that perception had changed, Bracey said: “I think if you were to look at the membership rolls, that would tell you.”
With his Water Co. job and past work as GPU Energy’s spokesman, Bracey already knows some club members. He said he’ll use his membership for “business purposes only.”
Morris himself joined the club in 1983 to network there. Primarily made up of business leaders, the Lafayette Club holds some special dinners and ran several events this year to celebrate the group’s 100th anniversary. Members recently took a trip to New York City to visit Wall Street.
The only rule restricting membership was one against women. In 1989, the club began allowing members to bring female guests into the private dining room but not the main dining room, bar or pool room. Before then, women were only allowed inside once a year on New Year’s Eve. Three years later, the board of governors voted to admit two female members.
Last year, Eastern York School District Supt. Susan Weeks became the first woman on the board. She had joined the Lafayette Club in 1993. The club also hired its first female manager last year.
No written rules prohibited minorities from joining the group, and the current policy makes a point to say membership is open to “qualified persons without regard to race, color, religious creed, ancestry, age, sex, national origin or non-job-related handicap or disability.”
So why did it take so long for any minority members to join?
“I’m not sure that anybody had applied,” Morris said.
Usually, the Lafayette Club gains a couple of new members monthly, as people resign, move or die, said Henry Nixon, who handles membership.
A member will recommend a candidate for the club. Another one seconds the recommendation, and the board of governors votes on it. Nixon said although most of the club is made up of York County residents, some “nonresident” members live outside of the county but spend a lot of time in York.
Nixon hopes some of the new members help chip away at the view that the Lafayette Club is exclusive.
“We have been working to try to get rid of this image we have had,” Nixon said. “The only thing you need to be is a lady or a gentleman.”