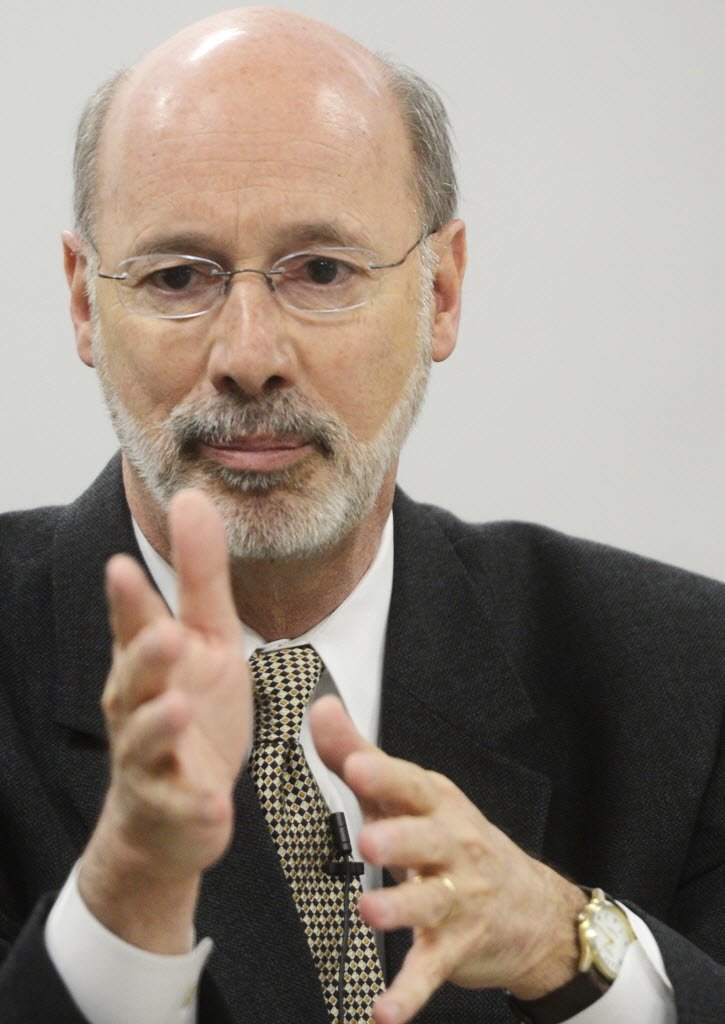 The York Daily Record/Sunday News has captured Tom Wolf in scores of photos in his campaign for governor. But this one is my favorite. It shows the Democratic gubernatorial nominee – decided in Tuesday night’s Pennsylvania primary – at an editorial board meeting in March. It says a lot about this York native’s bearing. He explains difficult issues with the patience of a skilled teacher, while showing passion about the issues. You might say that he conveys a determination to do something as governor, not just sit in the top exec chair in Pennsylvania. He and George Leader (who became governor in the 1950s) are the only two York countians to gain a party nomination for Pa. governor. Also of interest: Political roads now leading to York County.

So it’s Tom Wolf v. Tom Corbett for Pa. governor in the fall.

Here are 10 links, videos and photos that round up Wolf’s campaign … . 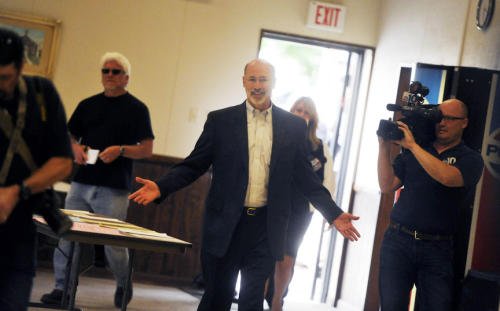 Early on Tuesday, Tom Wolf enters his voting place at Eagle Fire Company #1 in Mount Wolf where he cast his ballot.

2. When Tom Wolf voted, he was standing in a town that gained its name from his ancestors. Some background on that town: All about Mount Wolf: Home of Pa.,’s next governor? and Wolfs of Mount Wolf and Wiests of Dover linked by founding year, York building . Wolf spent the Sunday before the election in his hometown at an old-fashioned rally: Mount Wolf.

3. On Election Day, YDR photographers documented Wolf in a number of different scenes. Check out this photo gallery.

4. Here is one of those gallery photos of Tom Wolf, whose family started in the lumber business in 1843: 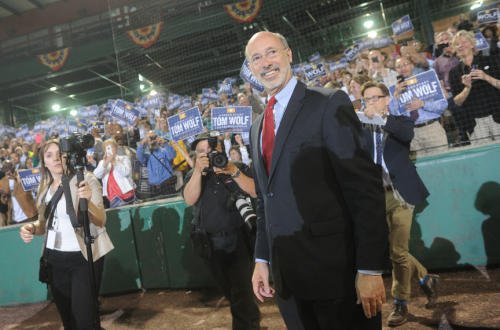 Tom Wolf receives applause at Santander Stadium after learning of his nomination on the Democratic ticket Tuesday night.

5. This YDR Tweet informs the public of Wolf’s primary win:

8. The YDR’s deadline editorial about the nomination: Congratulations, Tom Wolf.

9. The YDR’s Ed Mahon has been following the Wolf campaign for months. Check out his blog: YDR Politics.