10 more memorable moments, stories in the Storm of October 2013 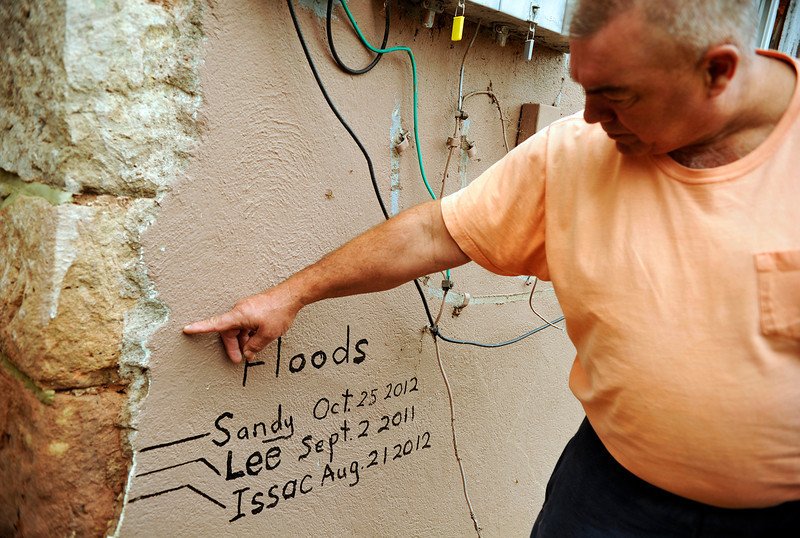 1. Dover Township’s John Yost has a new water line on his 1840 home. ‘The nearby Conewago Creek flooded up his driveway and porch and almost surpassed his first-floor windowsills,’ York, Pa., Daily Record/Sunday News photographer Chris Dunn wrote in this ydr.com Media Center gallery photo’s caption. Also of interest: 10 memorable moments in the October flood of 2013.

2: The “mainbar” story from Saturday’s storm cleanup pulls together all kinds of interesting stories.

“This is like two months of rain falling in 24 hours,” National Weather Service meteorologist John LaCorte said midway through the storm.

4. Best social media comment: John Stine on my FB page – “Jim has anyone noted the official amount of rain we received, has another meaning 9.11, just an observation.
Me: “I had not noticed but now I can’t get it out of my head. Thanks, John. I think.”

5. The storm took no lives, thank heavens, but flooding and other damage took a major toll on the lives and properties of those in York/Adams. 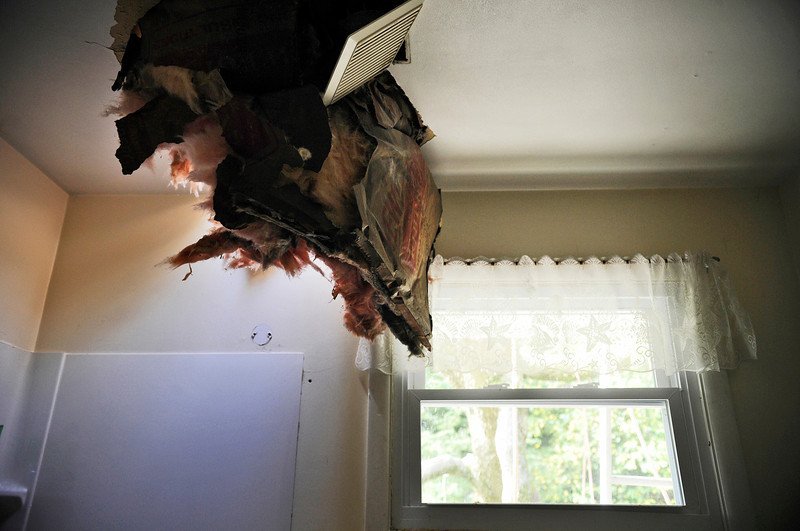 A seven-foot limb punched through the ceiling in Angela Clark’s Fairview Township home.

6. This is a chronology of live updates from social media and other sources. You get a sort of play by play as rain pelted the region.

7. In case you missed it, here was ydr.com’s mainbar or write-thru from the first day of the rain and flooding:  York County received 9.11 inches of rain in two days. It has all kinds of photos and other stuff about the storm.

8. YDR photographers were out everywhere in the rain. This is part of a 30-photo gallery on the Thursday/Friday rain. 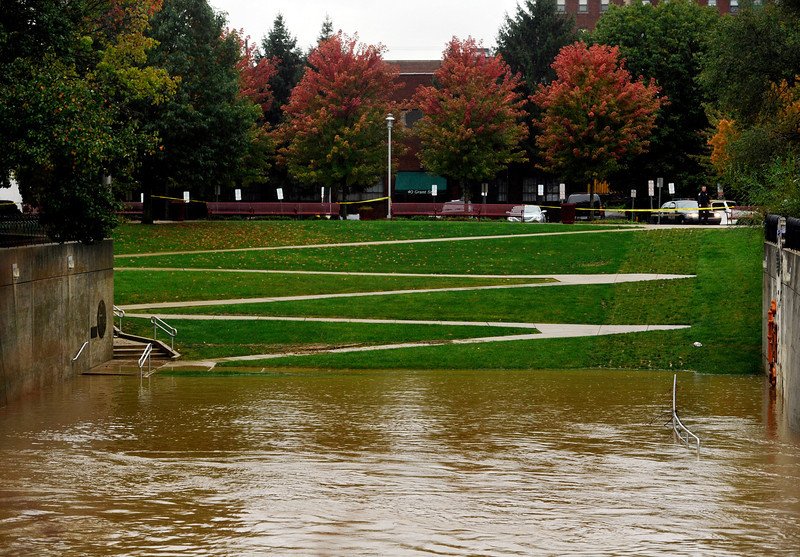 The boat basin on the Codorus Creek in York.

9. This short-form video shows what it is like to try to play soccer in the deluge

10. And lastly, the storm took its toll on men, women and animals. 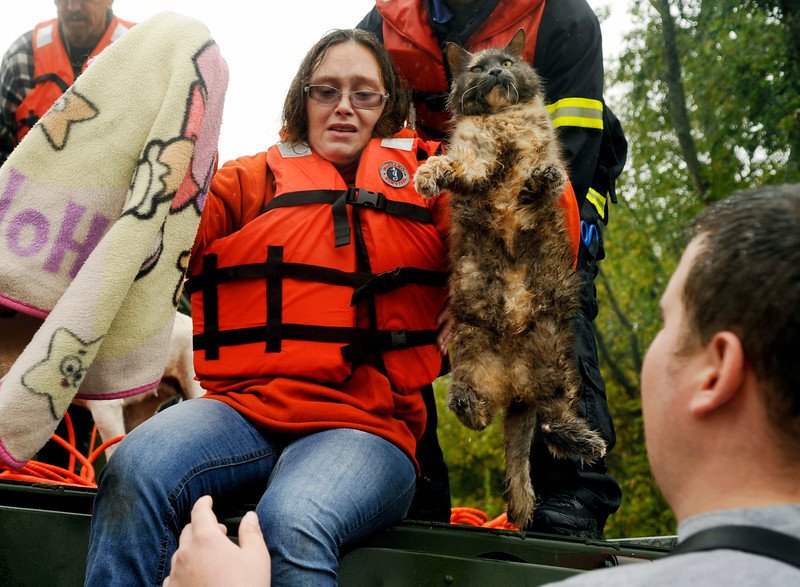 Scene from a flooded mobile home park in Hellam Township. Also of interest: For scores of stories and photos from past storm, floods and droughts in York/Adams’ history, see: Bad weather.