10 memorable moments, stories in the Storm of October 2013 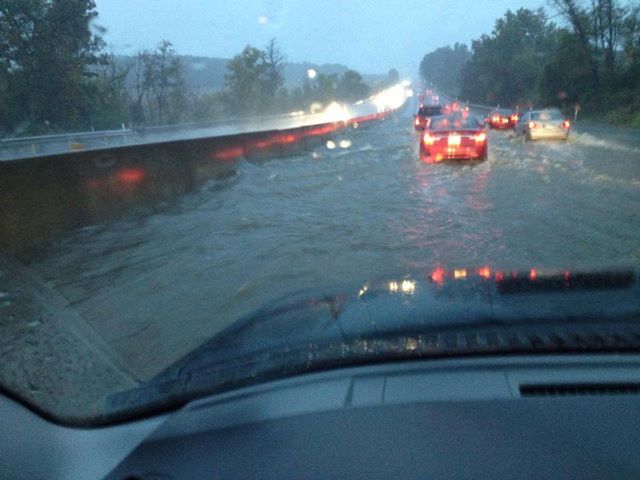 1. This photo, shared by motorist James Forsythe, gave our readers a glimpse Thursday night of the extent of the growing Storm of October 2013. We call it that because no one has invented a name with ‘pocalypse’; yet. Thankfully. And thanks to emergency workers whose rescues of numerous people from the rising waters made any such invention irrelevant. Anyway, James Forsythe’s photo shows flooding on I-83 past the Glen Rock exit around 6 p.m. It drew 245 likes and an audience of 40,000 on York, Pa, Daily Record/Sunday News’ Facebook page, which is still serving as a York/Adams community gathering spot to share information about the storm. You can share your photos at www.ydr.com/gallery. Also of interest: What is the probability of another flood in York, Pa.?

2. This ydr.com link leads to what journalists call the mainbar, the most current story, photos and video available right now. This brings together the work of journalists and submissions of community members. Our journalists publish here first and it later is “written through” for print The current headline: “York County received 9.11 inches of rain in two days.”

3. This live blog pulls in social media comments from all over. We call it “a ScribbleLive,” the name of this tool. If you use #yorkrain as a Twitter hashtag, we’ll be certain to pick it up as storm cleanup progresses.

4. Our reporters have  become photographers and vice versa in this day when all journalists must be multi-skilled. Business reporter Sean Adkins captured this scene. 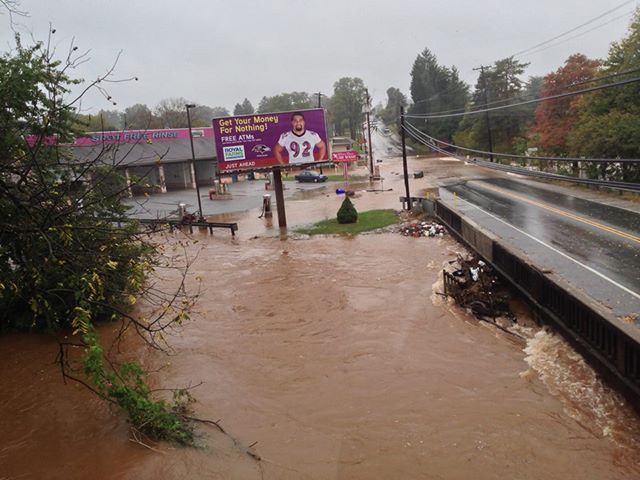 5. The really depressing, constant rain prompted me to remind myself and followers on Twitter that we’ve had bad storms before: “Check out these flood, other wretched weather stories, photos from #yorkpa’s past #yorkrain /yorktownsquare/category/bad-weather/ … pic.twitter.com/dfwfEFNgeB“.

6. Likewise, I provided a little history – and maybe a little inspiration- on YDR Facebook … 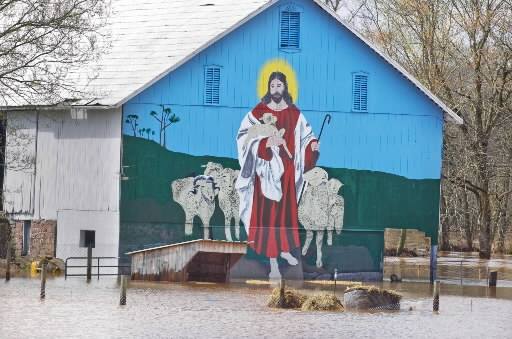 “History mystery photo: The flood that struck #York County in April 2010 caused much misery, but brought one moment to smile. Where did this scene take place – Jesus with his toe in the water? (Answer is here: /yorktownsquare/2011/04/19/linked-in-again-april/).” To which Greta Lee Roser responded: ‘He is dipping his toes again today!’

7. As the rains fell early on Friday, an active shooter drill was under way at Central York High School. One can imagine that participating emergency workers  had an ear to the pounding rain. Our journalists covering the drill surely did. We used ScribbleLive as part of this coverage too, and the following short-form video tool, called Tout, to cover the drill and the storm.

8. You couldn’t but help to admire the determined foodies who took over the downtown, even at the end of a rainy day. 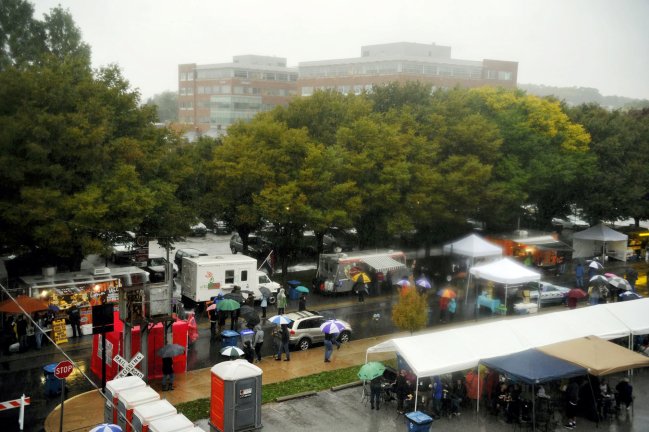 9. With all these digital tools available, the police scanner remains an integral tool for journalists. So is the county’s incident report. But wait, they’re digital, too, and available that way to you, as well. Check out: Listen live to York County 911 scanner.

10. The day was marked by heroes. I could not remember another event in which we had more calls for water rescues. At the YDR, we started assigned the journalist’s name to the rescue so we could keep track. This was Chris’s rescue, as in photographer Chris Dunn’s. 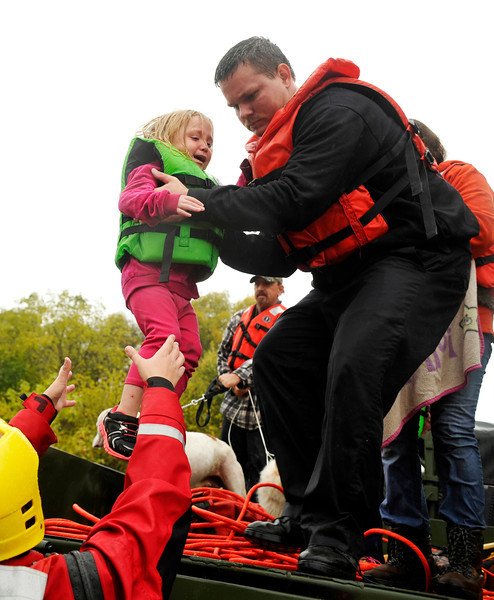 Check out additional photos from this rescue and others at ydr.com’s Media Center. As with all the rescues, this one was successful. No deaths were reported as of Saturday morning in York/Adams, giving the gloomy day a ray of sunshine.