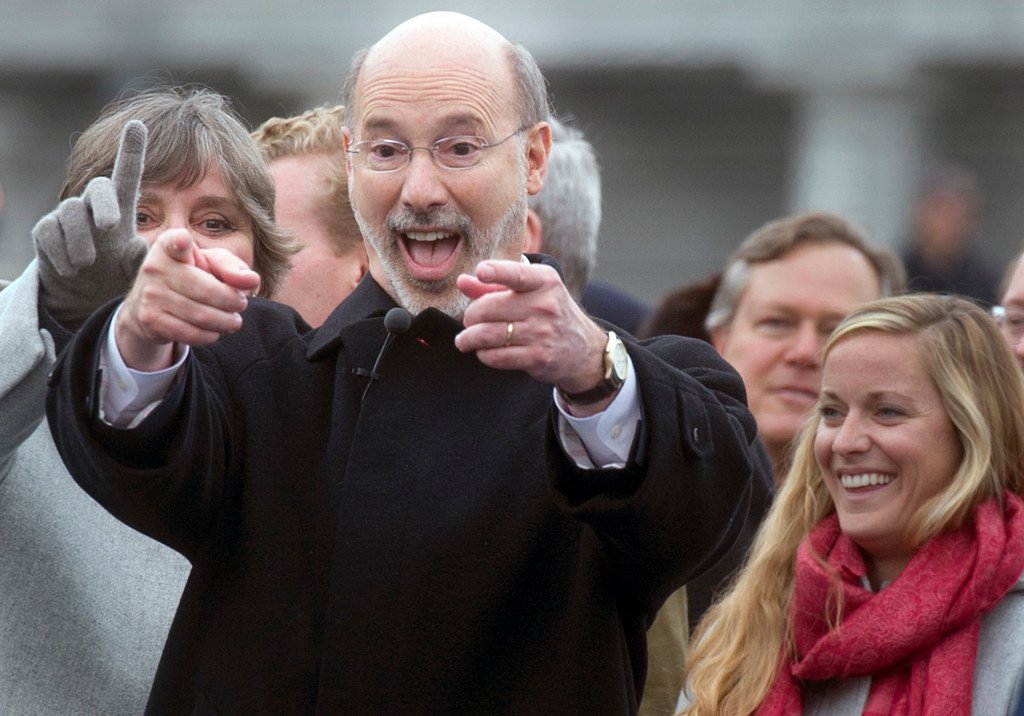 York, Pa., Daily Record/Sunday News photographers captured a bunch of compelling photographs and videos at the inauguration and post-event party. Editors judged this pictured by Paul Kuehnel as the pick for the newspaper’s front page. (See below.) Also of interest: These 10 stories and photographs tell about Wolf inauguration buildup.

Check out these 10 links, photographs and videos about Tuesday festivities concerning the installation of Mount Wolf’s Tom Wolf as Pennsylvania’s governor: 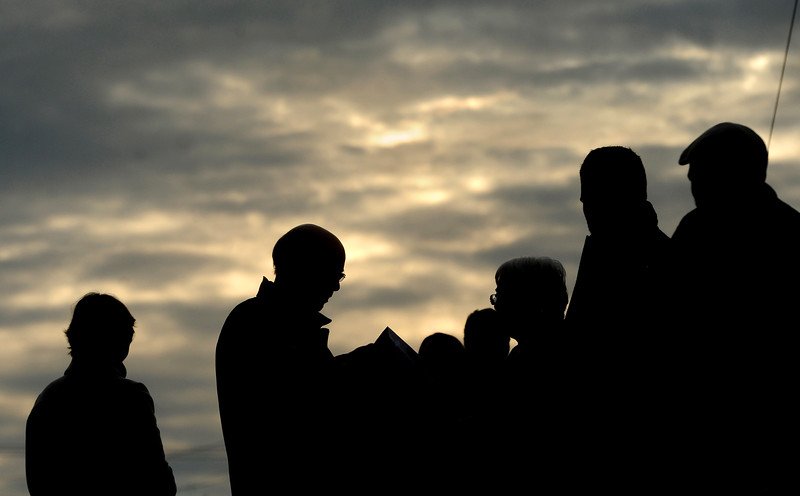 Tom Wolf’s Tuesday began with a pancake breakfast appearance at his hometown’s Eagle Fire Co. For scores of photographs about the inauguration ceremony, check out YDR’s Media Center.
+++ 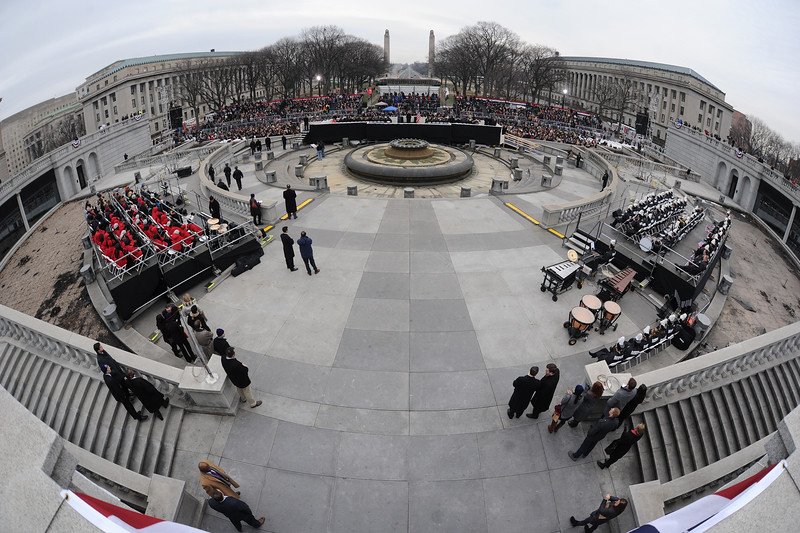 The scene outside the east wing of the Capitol complex in Harrisburg. Everyone is waiting for the installation of Tom Wolf as Pennsylvania’s 47th governor.
+++ 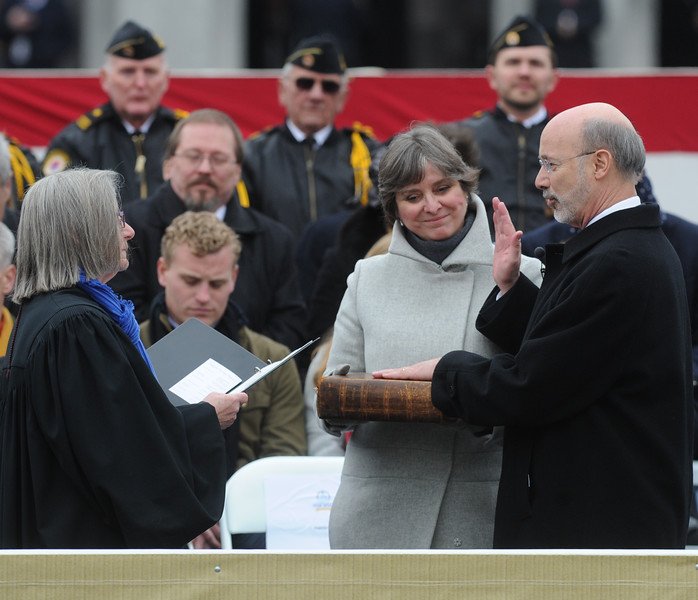 4. Want to know what Tom Wolf said in his inauguration speech? Here’s the text and here’s a splash page of links to all kinds of coverage on Tuesday: Complete coverage, Tom Wolf’s inauguration.
+++

Yes, that’s Gov. Leader. As we said, York County was everywhere Tuesday in Harrisburg. Leader was York County’s only governor until Tuesday. Check out this wrapup story about the days events, plus a listing of Pa.’s governors from the beginning.

Look what I found on my way to the White Rose Lounge #PAinaug pic.twitter.com/OIsl6hXNZh — Abbey Zelko (@AbbeyZelko13) January 20, 2015

Ah, the YDR’s Election Day front page published in the county of White Roses … on the way to the White Rose Lounge.

9. Social media: A lot of the social media from the inauguration, with its photos and videos embedded, all in one place? Check out: Inauguration recap. 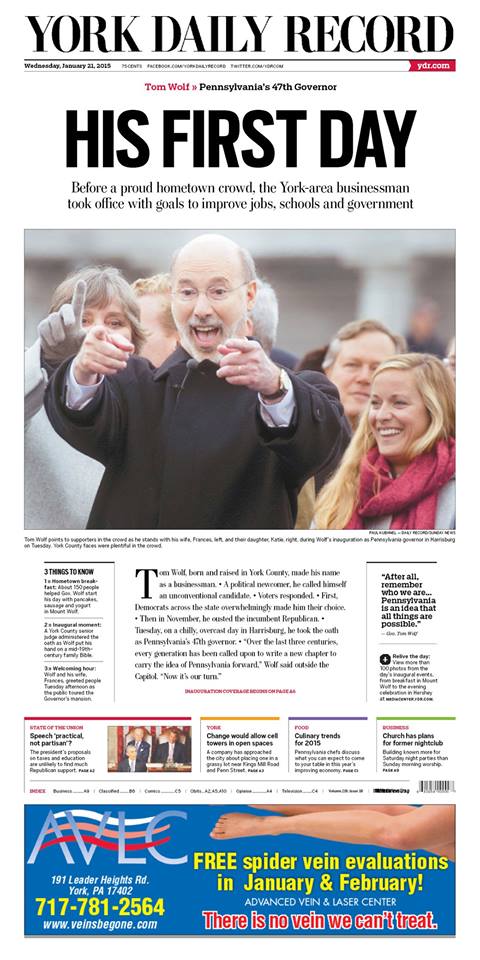 Check out these YorkTownSquare stories and photos about Tom Wolf and his hometown, Mount Wolf.