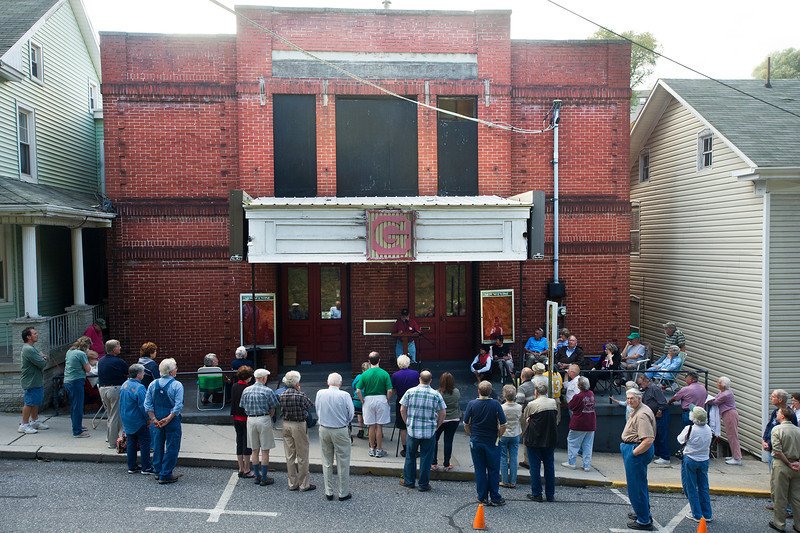 The Glen Theatre looks, well, like it’s 100 years old on its centennial birthday celebration recently. A plaque, explaining the auditorium’s long history, was dedicated as part of the birthday party. At the end of the day, this is my favorite description: The Glen served as the band hall for famed composer and Glen Rock’s native son Roland F. Seitz. Also of interest:  Last picture show outside York never ceases to fascinate (and see interior photos, too).

He gave a brief history of The Glen and answered questions, as reported in this ydr.com story.

Here are 10 more points gathered about The Glen from before, during and after Chalmers Sechrist speech:

1. The Glen had air conditioning of a sort. Sechrist Sr. acquired a large fan that blew cool air from the theater’s basement up to the auditorium.

2. That basement might have been cooled somewhat by the stream that flows under it, emerging from the building’s downstream side before heading again underground on its way to the Codorus Creek.

3. On nights when popular shows played, vehicles parked on both sides of the street near the theater. The normally two-way Manchester Street became one-way for the evening, no doubt creating quite a traffic jam.

4. In the days of silent movies, a pianist supplied the sound accompanying the video.

5. At one point in the ceremony, the whistle of the new Steam into History excursion train could be heard. That recreated those thousands of days when people went to the band hall and theater hearing the whistles of numerous trains passing through town. The whistles underscored the town’s economy and the band hall its entertainment.

6. The balcony was last used for movie audiences in 1978 when the popular film “Smokey and the Bandit” was screened. When people stood in the balcony, it blocked the projected image.

7. For many years, extremely flammable nitrate film was used. Fortunately,  no fires were reported at The Glen.

8. Many communities in York County could boast of movie houses. The Glen had kinship with theaters in New Freedom and Shrewsbury. The Trail Theater – not the now-defunct drive-in north on the the Susquehanna Trail – operated in Shrewsbury borough. It no longer stands.

9. The Glen is known as the last operating community theater outside of York in the county, a point I’ve made in various posts. I made that observation knowing about the theaters in South York Plaza in York Township. That is hardly a community movie house, nor are the muliplexes north and south of town and in suburban Hanover. Haar’s north of Dillsburg is a drive-in theater.

10. The Item tagged The Glen, upon its opening, as a “splendid little opera house.” That it still is.

Chalmers Sechrist Jr. was introduced as a former professor in electrical engineering at the University of Illinois. I had just read a report that reminded me that Illinois has one of the top engineering programs in America. For example, U.S. News ranks its fifth. So Chalmers Sechrist’s professorship at that elite Big Ten school was quite an achievement, no doubt making him one of Glen Rock’s most accomplished native sons of the 20th century. 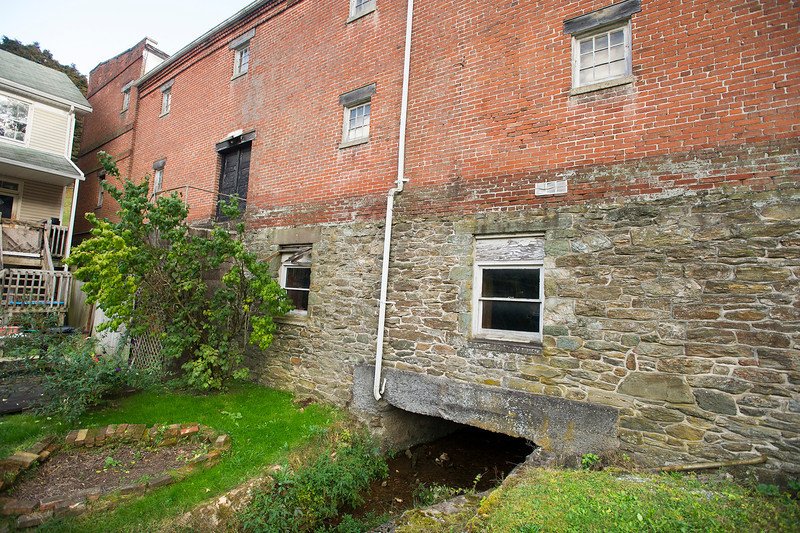 The Glen was built over a small stream, one of its most fascinating features. For a ydr.com Media Center gallery, check out: The Glen Theatre How far the theater will get into its second century is unknown. It has not yet installed costly digital equipment, which Hollywood will increasingly require of theaters.