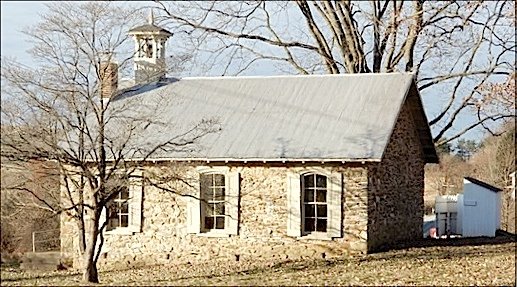 Learn why Dr. John W. Barcroft selected the name Yorkana as the post office for a community in Lower Windsor Township during 1875. The name endures upon Yorkana Borough incorporating in 1912.

Dr. Barcroft is the reason several Northern Virginia communities are named Barcroft. What inspired him to select the name Yorkana in South Central Pennsylvania? I believe a woman, born in 1794, served as the inspiration for that naming; her photo follows. Continue reading to learn the identify of this woman.

Dr. J. W. Barcroft moved from Northern Virginia in 1872; operating a 237-acre farm near, what is now Yorkana. In 1872, “Jacobstown” seems to be the most consistent name for that community; although, earlier names “Kauffelt’s Store” and “Millerstown” were still utilized.

The Barcroft farm was purchased by Dr. Barcroft’s uncle Stacy B. Barcroft in 1866, as an investment; supposedly for the rich Ore Bank on the property, then utilized by Stephen Eagle’s iron furnaces at Chickies, between Columbia and Marietta in Lancaster County.

Stacy Barcroft was a wealthy Philadelphia businessman, who had accumulated many such investments by the time he died in 1870. With no children, Stacy’s widow offered siblings, nieces and nephews, use of those real estate investments. Which is why Dr. Barcroft moved in 1872; from Northern Virginia to the farm property in York County, Pennsylvania.

The boundaries for Barcroft’s 237-acre farm are plotted on a January 5, 1938 Historic Aerial Photo. South of East Prospect Road, the farm lane to the two clusters of farm buildings on the property took the name Barcroft Road during the 20th Century; when the farm lane was extended and improved to meet Gun Club Road.

The Barcroft farm also extended north of East Prospect Road, straddling Blue Stone Road. After Dr. Barcroft returned to Northern Virginia, during late 1880, the farm was divided into three tracts and sold by Stacy Barcroft’s widow to the doctor’s three children, for one-dollar each. On the tract north of East Prospect road, Deed 6W-165 notes a lot about 50 feet by 100 feet, at the southwest corner of this tract, was provided for a public school. That is the location of Wills One-Room Schoolhouse located at 4671 East Prospect Road.

The Wills Schoolhouse was built in 1875. The last class to occupy the schoolhouse left in 1955. Since then, multiple groups have collaborated to restore and maintain the schoolhouse. The interior furnishings, down to the pot-bellied stove and pictures of Washington and Lincoln, are original. Inside are the original desks, chalkboard, various schoolbooks, and a visitor log. Information on touring Wills One-Room Schoolhouse is at this LINK.

While living in the Yorkana area, Dr. John W. Barcroft, his wife and youngest daughter, supposedly resided at a home built near the middle of that community. I’m not sure where the doctor lived, however the Yorkana residence of Gerard Brown, who married Dr. J. W. Barcroft’s eldest daughter Caroline in 1872; was at 47 Main Street, which is now right across the street from the Yorkana Fire Company.

Prior to the 1872 move to Pennsylvania, Dr. John W. Barcroft, and his family, lived in the vicinity of Bailey’s Crossroads in Northern Virginia; a crossroads about 5-miles southwest of Washington, D.C. This map segment shows two communities named for Dr. John W. Barcroft. About one mile to the west of Bailey’s Crossroads is Lake Barcroft. This is a privately owned 20th Century lake, around which a population of about 9,600 is now located. The lake is named for Dr. John W. Barcroft, who owned and operated a mill on Holmes Run in the mid-1800s. The mill had previously been owned by his father, however it was destroyed during the Civil War.

When Dr. John W. Barcroft returned to Northern Virginia in the fall of 1880, he purchased land at Arlington Heights within, what is now, Arlington County. On that property was an historic mill along Four Mile Run, which he rebuilt. His property, about one mile east of Bailey’s Crossroads, is now the community of Barcroft; with a population of about 3,900. The following Barcroft Historical Marker was placed by Arlington County, Virginia:

The following photo shows Dr. John Woolverton Barcroft [1817-1895]. The source of the photo is the Online history of the Barcroft community in Arlington County, Virginia. That history is available at this LINK.

Dr. John Woolverton Barcroft died February 9, 1895 in Fairfax County, Virginia. He is buried in Canadochly Cemetery, near where his children owned property; i.e. near Yorkana, PA, which he so named in 1875. His widow, Lucinda, lived many of her remaining years with her daughter Mary in Delroy; which was originally on the east side of the Barcroft farm and located between Yorkana and Canadochly on the East Prospect Road. Lucinda (Bray) Bancroft died there on November 14, 1900.

When I started looking into why Dr. John Woolverton Barcroft selected the name Yorkana for the community in Lower Windsor Township, I wondered if any “Anna” was in his family. Emma Ten Broeck Runk wrote an extensive Barcroft Family History, which was published in 1910. Photos of Dr. Barcroft’s parents are in that book; his father Ambrose and his mother Anna.

Love blossoms at a Yorkana Campmeeting
Mary (Dietz) Poff was a Yorkana Postmaster
Satterthwaite artwork of unique store near Yorkana
A visit to the Wills School near Yorkana takes you back in time
Snowball fight in Yorkana Graveyard
Roy Rogers in York and at Valley View Park, near Yorkana
How Powder Mill Road got its name
U. S. Army General Hospital tied to Powder Mill Road