Witmer’s One-Room Schoolhouse was built in 1889; prior to the 1891 formation of Springettsbury Township from Spring Garden Township.  Township farmer and Mennonite Preacher David Witmer deeded the land for Witmer’s Schoolhouse to the Spring Garden School District for One Dollar.  Offering land for schoolhouses for only one dollar, nearly always resulted in the schoolhouse being named after the benefactor.

I’ve added present road names to Shearer’s 1860 Map of York County.  I’ve also noted the location where Witmer’s Schoolhouse would be built in 1889.  In 1860, if one traveled south from Stony Brook and took the Old Orchard Road “Y” turnoff from Locust Grove Road, one would pass the first Stony Brook One-Room Schoolhouse (1859-1913) in the “Y”, then Elias Witmer’s place and then David Witmer’s place after crossing Stonewood Road.

These are 1845 signatures of David Witmer and Elias Witmer, from Estate Records at the York County Archives.  David and Elias were the administrators of the Estate of their father David Witmer.

The elder David Witmer owned about ninety acres of farmland in the area.  He was a Mennonite preacher, and built the first church of that persuasion in his section; initially known as the Witmer Meeting House.  He continued his preaching all through the region until he passing away in 1843.  His son, David Witmer, continued in his fathers footsteps, preaching and farming.

Elias Witmer died in 1873.  His bother David Witmer continued to add to his farmland acreage, which can be seen by the following Beach Nichols 1876 Map of the same area previously shown in the 1860 Map.  Deed research indicates that not only does David Witmer continue to own his original land east of Stonewood Road, he also now owns significant land between Locust Grove Road and Stonewood Road. 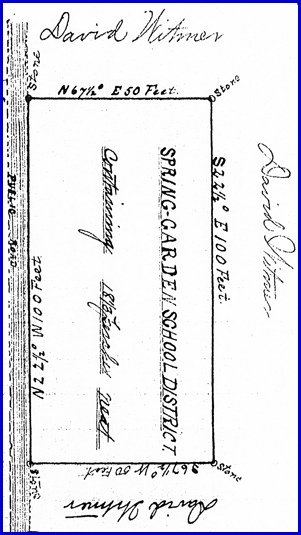 David Witmer was married to Anna Kauffman in 1837; Anna’s nickname was Nancy.  David and Anna had two children, Magdalena and Susan.  His wife Anna and his daughter Magdalena died prior to David’s death in 1891. 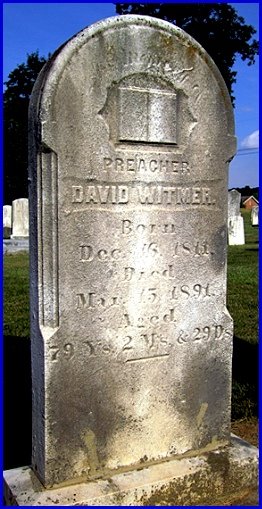 This is David Witmer’s gravestone in Stony Brook Mennonite Cemetery along Stone Ridge Road in Springettsbury Township.  David was born December 16, 1811 and died March 15, 1891.  As the sole survivor, Susan Witmer inherited everything.  Susan kept all of her father’s land and became a landlord; which was her declared occupation in the 1900 United States Census.

Susan Witmer died in 1908; she is buried to the left side of her father in Stony Brook Mennonite Cemetery.  Susan’s estate was extensive, with a long list of people owing her on notes, mortgages, and rent.

The following photo shows Witmer’s One-Room Schoolhouse as it stood in 1941.  This photo was taken by Scott W. Knaub and is from the Collections of the York County Heritage Trust. 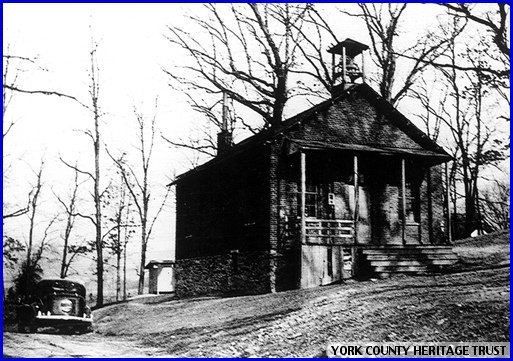