Last week I wrote about Vulcan Technology in Pullman’s Electrically Controlled Gasoline Automobile.  In that post, I noted the Harrisburg Auto Show of 1914 also included five motorcycle makes: Harley-Davidson, Henderson, Indian, Thor and Yale.  Reader Rick Wall wanted to see any of the motorcycles pictured in the 1914 Auto Show flyer.

After six years’ study of the light delivery problem and more than two years’ rigid testing of the Harley-Davidson motorcycle truck, as it now stands, we are offering a proposition that has actually demonstrated its worth.  In the hands of retailers and wholesalers all over the United States, as well as in the Government service and general parcel delivery.

The Harrisburg Auto Show edition of Harrisburg Telegraph (Issue of March 14, 1914 from the Digital Collections of Penn State University Libraries) also contained pictures of the 1914 Indian, Thor & Yale Motorcycles, as shown in the following illustrations.  The Henderson Motorcycle was not pictured in the publication. 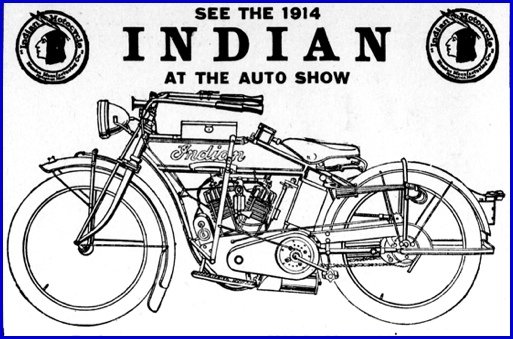 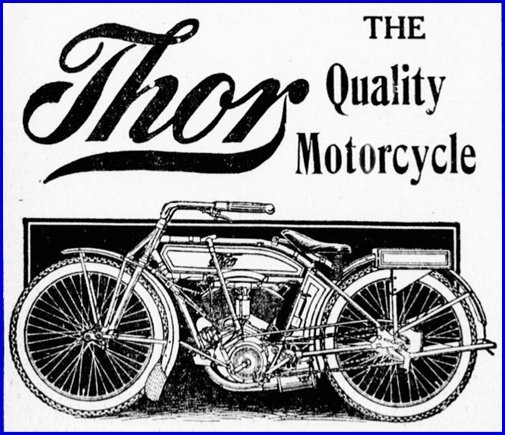 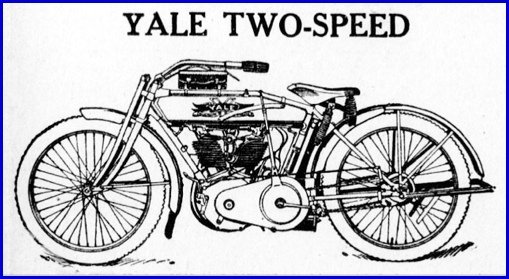