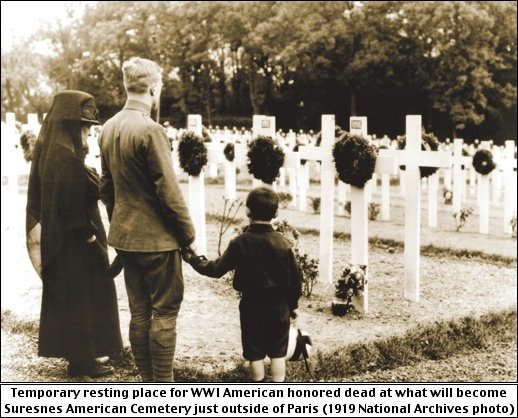 The 1919 National Archives photo indicates the appearance of the temporary resting place for the American honored dead as the cemetery and memorial were being constructed. The photo shows an American family visiting the temporary gravesite of their son.

Click on this LINK for a yorkblog.com Full View of the two photos in this post if details are cut off in the cropping of images, or if they have been removed from the ydr.com site.

The completed cemetery and memorial, shown below, is the final resting place for 1,541 Americans that gave their lives during World War I. Both of the York County, Pennsylvania, soldiers, buried there, were in the Army Aero Corps. 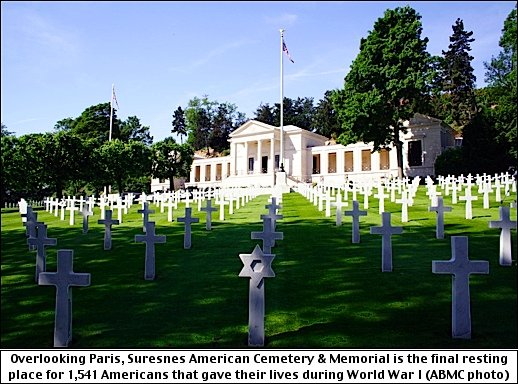 First Lieutenant George H. Brenner, from York, was a pilot in the 8th Aero Squadron and died on August 25, 1918, when his plane crashed in Italy. Private Warren B. Dietz, from Hellam, was in the 281st Aero Squadron and died on September 17, 1918, from pneumonia. In future posts, I’ll provide more details about George, Warren, and other WWI Veterans from York buried in American cemeteries overseas.

Warren Dietz’s cause of death, pneumonia, was pretty common during WWI. Of all the American servicemen that die overseas in World War I, nearly one-half loose their lives from disease, as opposed to wounds inflicted on the battlefield.