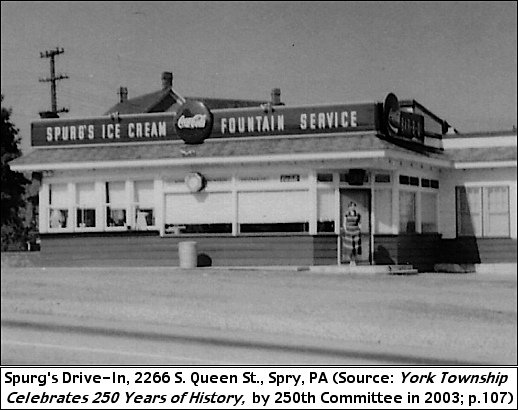 Brenda Myers challenged me to find before and after photos of Spurg’s drive-in. Her interest is the Spurg’s that was located at 2266 South Queen Street, near Dewdrop Road in Spry.

Brenda’s impetus for this challenge stemmed from my post on the Amber Light drive-in at 2039 South Queen Street in York Township. She remembered seeing several photos, taken at the Amber Light, among the boxes of photos that always seems to end up on the kitchen table whenever she visits her parents in Florida. Brenda promised to provide copies if I succeeded in her challenge.

The “after” photo of Spurg’s drive-in comes from a book published in 2003 by the 250th Anniversary Book Committee of York Township. I immediately recalled seeing it within that book at the York County History Center. Click on this LINK for a yorkblog.com Full View of the two photos in this post if details are cut off in the cropping of photos, or if they have been removed from the ydr.com site.

Several years ago I wrote about the Square Deal Garage at 2181 South Queen Street, which is pretty much in the front yard of the York County School of Technology; recalling their original location became Spurg’s drive-in. I checked for a write-up of that garage in the “York Township Celebrates 250 Years” book and nearby discovered the “before” photo Brenda wanted for her parents. 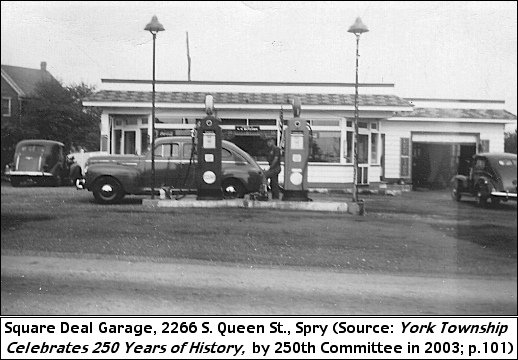