Tale of the Springettsbury Township Crest

This plate contains an early version of the Springettsbury Township Crest. I purchased this plate on eBay recently; it has a Pfaltzgraff imprint on the bottom, however it is not dateable otherwise. If you are reading this on the Ydr.com site, click on this LINK for a Full View of the illustrations in this post on the original YorkBlog site; since the ydr.com site will occasionally cut off important details in the cropping of illustrations.

I understand there are three versions of the Springettsbury Township Crest; with the original crest version going back to 1891, when the township was established. All versions were intended to represent the Coat of Arms of Springett Penn [1701-1731], however an article inside the front cover of the Springettsbury Township Centennial book concludes an early township employee fabricated the township crest. The article in the Centennial book indicated no records of a Coat of Arms of Springett Penn were uncovered during the book’s research; nor have any such records been discovered in my further research. 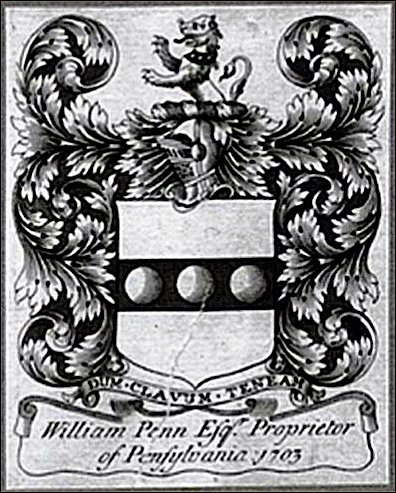 In 1681, King Charles II granted the Charter for Pennsylvania to William Penn. Within the charter, special powers were granted to erect manors for Penn heirs; resulting in a Manor established for his grandson Springett Penn. Springett Penn received his given name, from his great-grandfather the Knight, Sir William Springett. This illustration, from Ancestry.com, contains the Coat of Arms of the Springett Family; it is easy to see how they were used in the “quartering” of the township crest. 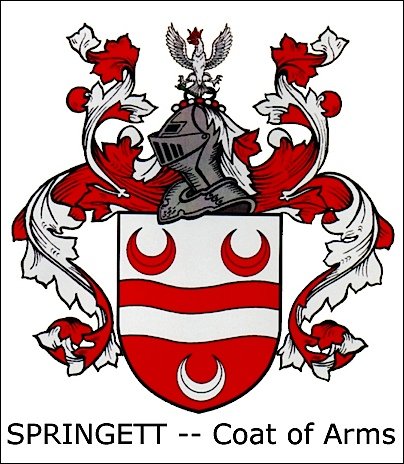 Springett Penn’s manor, The Manor of Springettsbury, was established in 1722 on lands west of the Susquehanna River, falling within present day York County. The location was selected specifically to counter the encroachment of Maryland squatters. The land was marked with Springett’s name blazed upon the trees, in hopes of keeping off “Marylanders and other disturbing persons.”

On April 20, 1891, the northeastern area of Spring Garden Township in York County was incorporated as a separate township. Since the new township extended north and south across almost the entire width of the colonial Manor of Springettsbury, the name Springettsbury Township was selected.