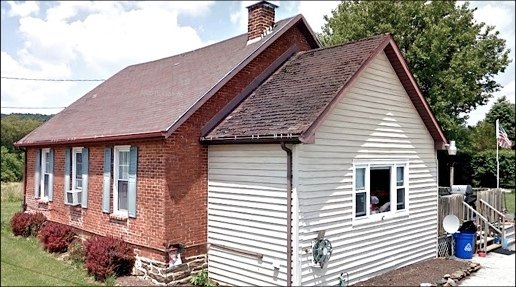 The actions by Pennsylvania health authorities at One-Room Schools during the 1905-1906 school year appear to be the tipping point in parents’ acceptance of getting their children vaccinated against smallpox. It was a decade in the making; impacted by two 1895 Pennsylvania laws.

In May of 1895 Governor Hastings signed into law the first Pennsylvania Act making school compulsory. The new law required that every child in the Commonwealth between the ages of eight and thirteen years shall attend school, for at least sixteen weeks in each year. Negligent parents or guardians, of children with unauthorized absences, could be fined $2 for the first offense, and $5 for each succeeding offense. The failure of any School Board to properly administer the law could be liable to a fine not exceeding $25, per offense.

The following month, another law was enacted that affected Pennsylvania schoolchildren. The June 18, 1895, Act addressed smallpox vaccination. The lawmakers reasoned, with school now mandatory, the best way to ensure vaccination of all children, was to use access to schooling as a means to force parents’ consent in the vaccination program. Quoting Section 12 of that Act: “All principals or other persons in charge of any public, private, parochial, Sunday or other schools are hereby required to refuse admission of any child to the schools under their charge or supervision except upon a certificate signed by a physician, setting forth that such child has been successfully vaccinated or that it has previously had small-pox.”

Parents were hesitant of their children getting the smallpox vaccination, and for the next decade many flatly refused. School Boards generally viewed this as an issue between the parents and the State; they elected to stay out of it and did little to enforce the June 1895 Act.

The School Boards, that attempted to enforce the June 1895 Act, soon learned denying admission to school, for failure to vaccinate, was viewed as an unlawful absence, and thus subject to the penalties in the May 1895 Act. School Boards quickly backed off and from 1895 until 1905 the smallpox vaccination program was largely voluntary and not widely accepted.

It was not until the 1905-1906 School Year, that State health authorities started playing hardball by selectively prosecuting school teachers and principals for failing to enforce the June 1895 Act in their specific schoolhouses. At the start of that school year this warning went out; as quoted from The Gazette (York, PA) of September 11, 1905: “Harrisburg, Sept. 10.—Circular letters are being sent out by State Health Commissioner Dixon to all local health and school authorities throughout Pennsylvania, calling their attention to the compulsory vaccination law of 1895. Dr. Dixon warns school teachers and principals that they are responsible, not to the school directors, but to the health authorities of the state for the enforcement of the law and that no action of the school directors can supersede the requirements of the law.”

This warning had little effect until a few school teachers were prosecuted for failure to enforce the law. As the prosecutions continued, some of One-Room Schools in the State had zero attendance for weeks because most teachers were now adhering to the letter of the June 1895 Act. These teachers were still required to show up at the schoolhouse each day; to be there in case the first child returned, carrying a vaccination certificate.

I did a newspapers search of One-Room Schools in York County to discover if any had dropped to zero attendance. Stauffer’s One-Room School in North Codorus Township was one such school; and it also included the bonus story of a jealous mouse.

Quoting a page 3 article in the March 18, 1906 issue of The Gazette of York, Pennsylvania: “New Salem, March 17.—Many stories are told of the strange companions persons will have and the strange friends persons will make when they are left alone. But the story of the only companion of Wilson Hamme, teacher of Stauffer’s school, near here, since the pupils all left him, is unique.”

“Mr. Hamme was compelled to put in force the compulsory vaccination law and all his pupils were turned out of school. None of them has returned, their parents positively refusing to have them vaccinated. Mr. Hamme yearned for a companion, but none came and he tried to pass the time by reading, but he wearied at last at that.”

“It seems that during the entire winter Mr. Hamme has been troubled with a family of mice which, after school hours, took possession of the school house and after gathering up the crumbs, would put in the rest of the night cutting the school books.”

“The mice lived under the floor and came into the school room through an open register. Mr. Hamme decided that he would get rid of the mice for as he sat reading, the mice would come out of their hiding place and begin to cavort around the school room. Mr. Hamme would shut the register and there would soon be a dead mouse. But after a half dozen had been killed, they became still more plentiful. It seemed, and Mr. Hamme is quoted as saying, ‘that they came to see what became of their brothers.’ Mr. Hamme tired of the slaughter and wishing for something to do, hit upon a plan to tame one of his little intruders.”

“At first the mouse, a fine big one, was very shy and at the least move by the teacher would dart into its hiding place. But after much patience and a few fat morsels the shyness disappeared by degrees and the mouse would soon play around where Mr. Hamme sat reading. After awhile Mr. Mouse became bold enough to take a crumb from the hand of its friend, which was followed shortly after with so much boldness that the mouse would run up the desks and dive into the pockets of the teacher as he bent over Virgil or Cicero.”

“According to reports, Mr. Hamme thought it strange that no others appeared when there were several about the day he began training his strange pet. But recently he discovered the reason. A strange mouse appeared and his pet at once made a break for it, a fight ensued and the stranger was badly worsted. ‘I guess my pet wants all the attention,’ was the way Mr. Hamme put it.”

The actions by the State health authorities during 1905-1906 seem to be the tipping point in parents’ acceptance of getting their children vaccinated against smallpox; with immunizations seeing a marked increase from that point onward.

Wilson P. Hamme [1883-1948] and his family operated a farm. In the colder months, working at other jobs produced added income. Wilson taught school until about 1910, when he switched to seasonal chain factory work during the winter. During WWII, he became a YORK PLAN worker, as a full time employee at McKay Chain Company on Grantley Road. The massive McKay factory occupied the majority of what is now the West Campus of York College.