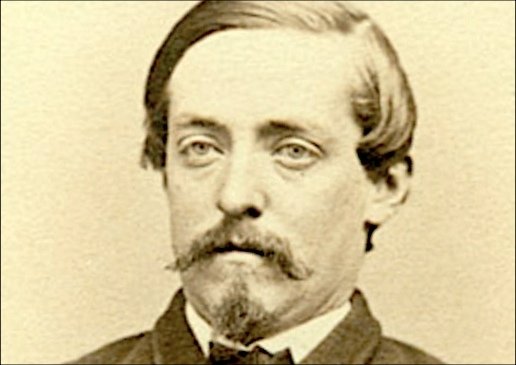 Civil War surgeon Thomas Chalmers Brainerd elevated Powder Mills in York Township into a major producer of blasting powder with his acquisition in 1874; which led to the naming of Powder Mill Road, running through the property.

A recent question about the naming of Powder Mill Road and a query about a Powder Magazine near the Grantley Plant site were quickly answered; because, over a decade ago, I provided local research, on those issues, in response to several family history questions about Dr. Thomas C. Brainerd’s stint in York County. From that research, several new illustrations were created for this post.

Thomas Chalmers Brainerd was born in Philadelphia on September 27, 1837. He graduated from Jefferson Medical College in Philadelphia. Dr. Brainerd served as a Surgeon in the Union Army from August 5, 1861 until May 28, 1866. Not long after the Civil War, Dr. Brainerd joins a business his in-laws were involved in; Laflin & Rand Powder Company. Thomas Brainerd had a knack for the powder business, became an innovator, and was on a rapid ascent into leadership within the company.

Dr. Brainerd favored developing regional powder production. Along those lines, he had been encouraging and providing guidance to Jacob Johnson for the conversion of Johnson’s Grist Mill in York County into blasting powder mills. Then, an unexpected power struggle, within Laflin & Rand Powder Company, resulted in Thomas Brainerd resigning from the company.

Dr. Brainerd was determined to make a name for him self in the powder business. He purchased the operations of Jacob Johnson on March 18, 1874 and made significant investments to enlarge the blasting powder mills in York Township, York County, PA. I’ve highlighted, in red, the location of the Powder Mills in the north-central section of York Township within the 1876 Atlas of York County:

Waterwheels, powered by dams on Tyler Run, turned line-shafts which operated the rollers and production equipment in the expanded powder mills. Dr. Brainerd also leased storage space in nearby buildings, in both Spring Garden Township and York Township.

York Powder Mills manufactured Dr. Brainerd’s improved blasting powder, which was primarily utilized in mining, railway and general construction. A local example is an article, appearing in The York Daily of January, 27, 1875:

“EFFECTIVE POWDER.—Yesterday a rock 30 feet in circumference and 7 feet high, was blown to almost innumerable pieces with one pound of powder, manufactured at the York Powder Mills, Dr. Thomas C. Brainerd, proprietor. This remarkable power of Dr. Brainerd’s powder was exhibited at the deep cut, known as Hoke’s cut, on the Hanover and York Railroad,”

Dr. Brainerd also made a significant investment to improve the flow of raw materials to his powder mills and the distribution of finished containers of blasting powder to customers. On November 25, 1874, Thomas Brainerd purchased 1.5-acres along the Northern Central Railway from Alexander Hay (Deed 5U-435).

Thomas Brainerd contracted with the railway to install a private siding, and constructed a receiving warehouse and a powder magazine. The location of that siding, at the southwest corner of Grantley Road and Kings Mill Road, is shown on following section of Spring Garden Township within the 1876 Atlas of York County:

Thomas Brainerd’s superior powder chemistry knowledge, production expertise, plus sales and distribution skills, while in charge of the York Powder Mills, rapidly made a name for him in the powder business. When the Gunpowder Export Association was chartered in 1876, with headquarters at Montreal, Canada, Dr. Brainerd was offered and accepted its management. He would also become President of the nearby Hamilton Powder Company. A follow-up concerning the Civil War history of Dr. Brainerd is in the post U. S. Army General Hospital tied to Powder Mill Road.

While headquarters of Rockdale Powder Company remained in York, Pa.; major expansion of the blasting powder lines, and the product additions of dynamite and other high explosives, resulted in the production facilities moving to Maryland, on a large tract of land straddling Baltimore and Carroll Counties; near Hoffmanville.

Rockdale also addressed the cumbersome transportation issues that had existed at the York Powder Mills, just south of York. Rockdale Powder Company constructed and operated its own standard-gauge railroad between their new powder mills in Maryland and the Western Maryland Railroad.

The Rockdale Powder Company shipped product from September 1901, until October 31, 1909. It did business in 20 states, particularly in the Eastern and Middle West. Their black blasting powder continued being made to the formula and methods introduced at the York Powder Mills by Dr. Brainerd.

Many customers viewed Rockdale blasting powder as the best in the industry. That was one of the reasons Rockdale Powder Company held out in resisting selling out to the du Pont interests who were nearing a monopoly in the blasting powder trade. Rockdale proudly advertised, “The Only Independent Powder & Dynamite Company in the United States.”

In 1909, a suit brought by the United States Government against the E. I. du Pont de Nemours Powder Company, of Wilmington, Delaware, and its allied companies under the Sherman Antitrust Act, was decided in favor of du Pont. As a result, many of the remaining powder producers including the sole independent powder producer, Rockdale Powder Company, ceased operations.

A few years later, Rockdale Powder Company started suit in the United States District Court against the E. I. du Pont de Nemours Powder Company, of Wilmington, Delaware, for alleged destruction of its business with trust methods and unfair conditions. As suits by other powder companies, were being decided in favor of du Pont, Rockdale dropped their suit.

Links to a few other “naming” posts include: