There were many Motels and Restaurants along the Lincoln Highway that took their name from being on that famous highway that stretched from New York City to San Francisco.  The Lincoln View Motel & Restaurant in Paradise Township, York County, is one such example.

I only remember eating at the Lincoln View Restaurant one time, but it was memorable.  On a weekend in the early 1960s, I rode along with George Sprenkle and my dad, Harold L. Smith, to the Cyclorama Building in Gettysburg, which was under construction.  They were two of the owners of Yorkaire Cooling and Heating Sales Company, who were installing the mechanical equipment in this building.

George Sprenkle selected the Lincoln View Restaurant as the place to stop for lunch on the return trip to York.  During lunch, George Sprenkle started talking about memorable buildings that their company had worked on.  George noted something to the effect, “It’s great to work on these types of buildings; because you know your work will stand forever.”  Of course he was talking about the Cyclorama Building, the National Park Services’ Memorial to the Men who fought at Gettysburg and to Lincoln and his Gettysburg Address.  The building was torn down earlier this year.  Only standing a little over 50-years; far from forever.

Continue reading for a Then & Now photographic comparision of the Lincoln View Motel & Restaurant.

In this Then & Now photo comparison, one sees that the back part of the Lincoln View Motel that paralleled the Lincoln Highway still stands.  These are views looking east from Beaver Creek Road. 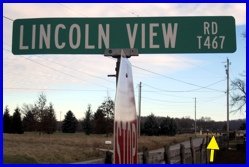 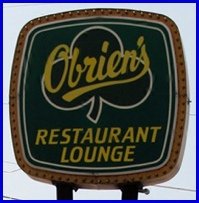