Merry Christmas; say it with Poinsettias 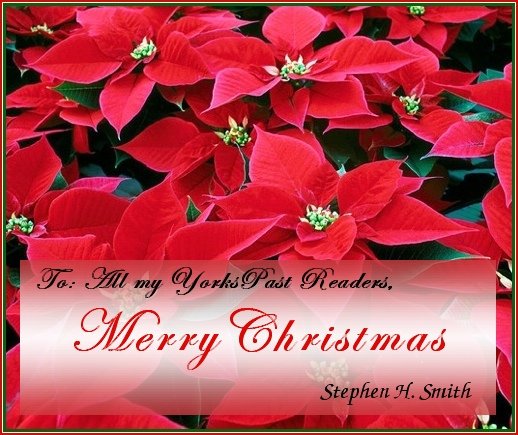 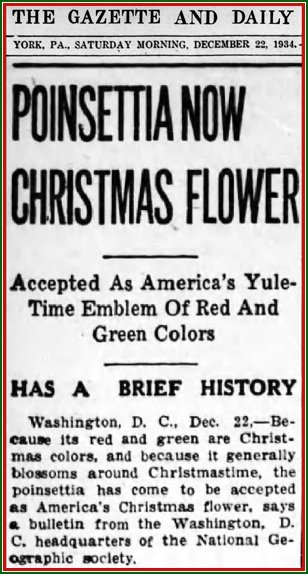 Eighty years ago, an article appeared in The Gazette and Daily; “Poinsettia Now Christmas Flower.” The article was reporting on a bulletin published in Washington, D.C. by the National Geographic Society.

The article notes, “Because its red and green are Christmas colors, and because it generally blossoms around Christmastime, the poinsettia has come to be accepted as America’s Christmas flower.” The article points out, the poinsettia is a relatively recently discovery. The Gazette and Daily quoted from the National Geographic Society bulletin:

As a recognized flower, the poinsettia has a relatively brief history. It first came to the attention of the scientific world in 1828, when Joel Robert Poinsett, American minister to Mexico from 1825-29, noticed the striking beauty of its scarlet and green head, and the fact that it usually came into blossom about Christmastime.

Poinsett, who was a botanist as well as a diplomat, brought several specimens back with him to this country, and fellow scientists soon learned that the flower would thrive in sub-tropical parts of the United States. Poinsett, a South Carolinian, collected many natural history specimens during his travels and work in foreign countries, presenting most of them to scientific societies in the United States, and enriching the flora of his own colorful South Carolina. Today, however, he is remembered chiefly for this Christmas flower, which bears his name. 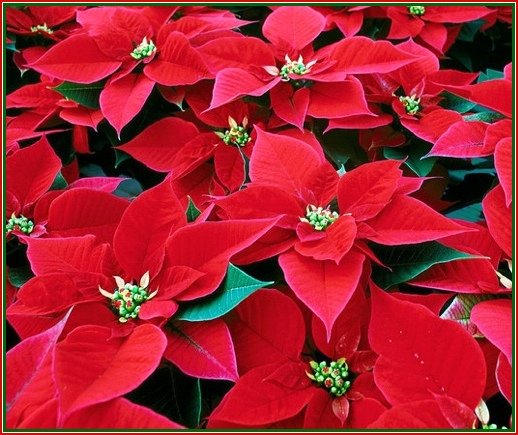