The 100th Anniversary Lincoln Highway Auto Tour began at 7:00 AM in Times Square, New York City on Saturday June 22nd.  The first night stopover was near Malvern, PA.  The vehicles passed through York County on Sunday, the second day of the auto tour as they travel west on the Lincoln Highway.

This is a photo of a 1918 Dodge Brothers Army Staff Touring Car participating in the Lincoln Highway Centennial Auto Tour.  The car is parked along Shoe House Road in Hellam Township.  The Haines Shoe House was the auto tour’s Sunday picnic lunch stop in York County.

The Shoe House was built on an elevated knoll in the York Valley.  When built, one had a clear view of the Shoe House, across open fields, from the Lincoln Highway; now Route 462.

From an April 15th press release of the Lincoln Highway Association on Centennial Celebration events:

The auto tours have a total of 270 people traveling in 140 vehicles.  The City of Kearney, Nebraska is hosting a two-day Centennial Celebration beginning June 30 with the arrival of the Centennial Auto Tours.  The second day of the celebration in Kearney coincides with the exact centennial of the Lincoln Highway Association.  This association was formed on July 1, 1913 to both promote the road and fund the project.

During 1913, many city streets were paved but most rural roads were still dirt.  The Lincoln Highway Association was formed with a plan to link already paved roads by improving strategic dirt roads throughout the country.  The association engaged more in planning and fund-raising than in actual road construction.  The Lincoln Highway was actually completed in 1926, becoming the first fully paved route across the United States.

This illustration is explained in the post Walking the Lincoln Highway from Coast-to-Coast.

Also of interest is my March post on how I discovered the Haines Shoe House will be a June 23rd Lunch Stop on 100th Anniversary Lincoln Highway Auto Tour.

The Lincoln Highway, begun in 1913, was the first transcontinental highway in the United States.  It was the idea of Indianapolis Motor Speedway founder Carl Fisher, who, with help from industrialists Frank Seiberling (president of Goodyear Tire & Rubber Co.) and Henry B. Joy (president of Packard Motor Co.), envisioned an improved road stretching 3380 miles from New York City to San Francisco.  Fisher established the Lincoln Highway Association on July 1, 1913 to both promote the road and fund the project.

Since Henry B. Joy, the President of Packard Motor Company was one of the earliest promoters of the Lincoln Highway; I’ve decided close this post with two photos of a 1932 Packard Model 903 4-Door Convertible Sedan participating in the Lincoln Highway Centennial Auto Tour.  The car is shown parked along Shoe House Road in Hellam Township (2013 Photos, S. H. Smith) 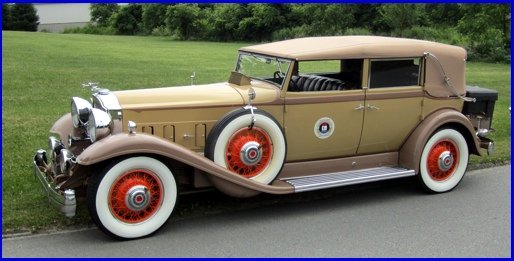 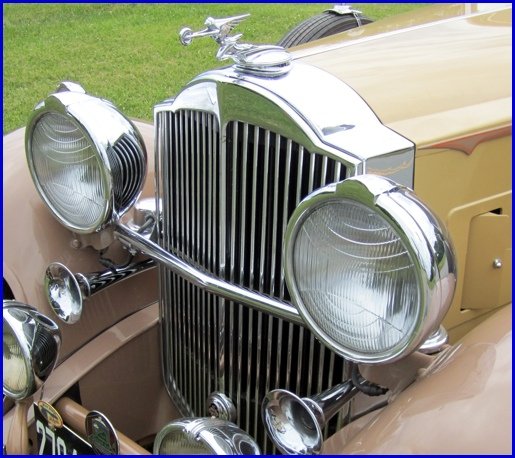