A YorksPast article contained 1914 motorcycle illustrations of a Harley-Davidson Motorcycle Truck, an Indian, a Thor and a Yale Motorcycle. The article was the result of a reader request to my write-up about Vulcan Technology in Pullman’s Electrically Controlled Gasoline Automobile. In that post, I noted the Harrisburg Auto Show of 1914 also included motorcycles. Reader Rick Wall wanted to see any of the motorcycles pictured in the 1914 Auto Show flyer.

After seeing the 1914 motorcycle illustrations, Dorcas LaMotte Townsley provided the photocopy and wrote:

I always thought my dad’s motorcycle was an Indian, but it looks more like the Thor on your article.

He was Fred LaMotte of Red Lion. I am his daughter Dorcas LaMotte Townsley.

The picture of LaMotte’s motorcycle does have some features similar to the Thor motorcycle; features likely designed into later Indian Motorcycle models. The following are zoomed-in views of the photocopy provided by Dorcas. The last few letters of Indian are seen on the gas tank, so this is definitely an Indian. Can any of my readers provide the model year of this Indian? 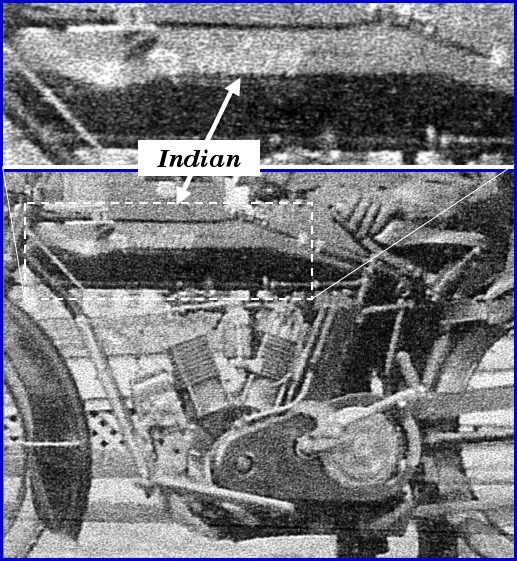 The caption under the photo of the motorcycle truck stated:

After six years’ study of the light delivery problem and more than two years’ rigid testing of the Harley-Davidson motorcycle truck, as it now stands, we are offering a proposition that has actually demonstrated its worth. In the hands of retailers and wholesalers all over the United States, as well as in the Government service and general parcel delivery.

While doing newspaper research for a future post, I discovered the following York Cycle Company Ad in the March 22nd, 1928 issue of The Gazette & Daily:

Ella Robinson trailblazer for a family of Teachers