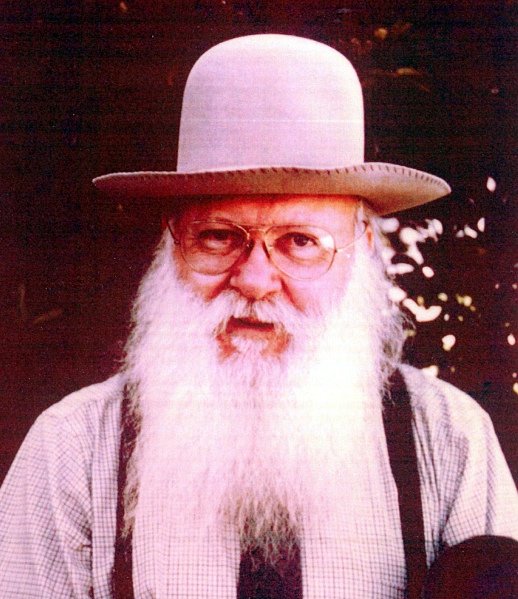 Most Yorkers remember Karl Ort with his legendary beard however the upcoming Second Saturday talk at the York County History Center will explore his earlier beardless days as a World War I pilot and commercial aviator.

On Saturday October 13, 2018 at 10:30 AM, Karl Ort: Into the Wild Blue Yonder will be presented as a Second Saturday program at the York County History Center, 250 East Market Street in York. The story of World War I trained pilot Karl Ort will bookend stories of York County’s World War I aviators who gave their lives in the fight to save democracy.

Recently the ydr.com site has been dropping photos from YorksPast posts. Click on this LINK for a yorkblog.com Full View of the original three photos in this post if details are cut off in the cropping of the photos, or if any have been removed from the ydr.com site.

The following title slide for the talk contains an inset of Karl Ort in his World War I days as an Army Air Corps pilot. A friend of Ort’s suggested the title; from the Army Air Corps, and later U. S. Air Force, song—“Off we go into the wild blue yonder. Climbing high into the sun …”

Following WWI, Karl’s easiest route to remain in the air, was to establish a succession of his own businesses. One of those businesses involved pioneering work in aerial advertising. Karl had advertising messages, painted in huge letters, on the underside of his airplane’s wings. Flying low, he’d drop short-fuse firecrackers and/or bombs to get peoples attention. After which he’d drop advertising pamphlets and/or sample cigars, attached to small parachutes

In 1923, Karl Ort piloted the following airplane on a six-week tour through Mid-Atlantic and Mid-West States, as far west as Wisconsin. John F. Reichard, of the Manchester Cigar Company, hired Karl Ort, upper left insert, to advertise their Havana Cadet brand of cigar. The upper right inset shows the cigar company sales manager, Ray Paris. Ray was along for the ride, however every place the airplane landed, the gathered crowd, presented the perfect platform for Ray Paris to hand out samples and cultivate additional dealers for the Manchester Cigar Company.