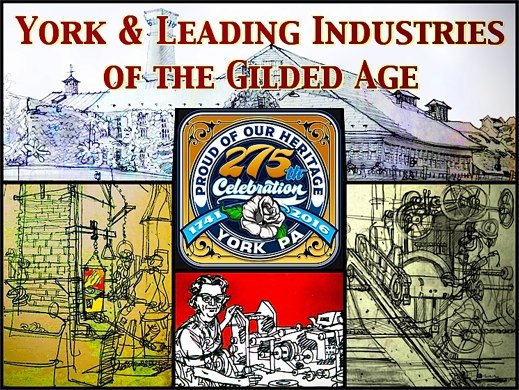 I’ll be presenting “York & Leading Industries of the Gilded Age,” at the York County Heritage Trust for their Second Saturday program on November 14, 2015, at 10:30 a.m. in the Historical Society Museum; 250 East Market Street. As an overview, this talk highlights the diverse and interesting facts of the manufacturing community of York County during the Gilded Age. However, as the City of York Celebrates its upcoming 275th Anniversary, the talk will focus specifically on the top factories and industries based in the City of York. 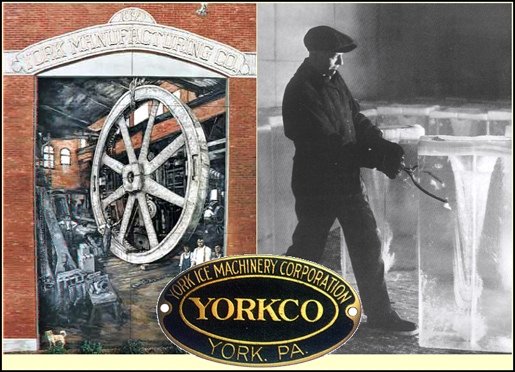 The York Manufacturing Company was established in 1874. By 1900, the company had become the largest employer in York County. Learn how this maker of washing machines and water wheels grew to become the driving force behind the development of artificial ice as the York Ice Machinery Corporation. To close out their first 60-years, YORKCO pioneered some of the first air conditioning systems, leading to world recognition of the YORK name for Air Conditioning & Refrigeration.