This photo of the Hickory Grove One-Room Schoolhouse in Fairview Township was taken in 1941 by Scott W. Knaub; a Superintendent of York County Schools. This schoolhouse is located on the northwest corner of Limekiln Road and Spanglers Mill Road; just south of the Yellow Breeches Creek. It is one of the three northern-most one-room schoolhouses in York County.

I’m writing about the Fairview Township Hickory Grove School, because I happened upon an 1887 newspaper article; touting 99% attendance for the month ending November 11, 1887. In 1887, the school year was 6-months-long; beginning in mid-October. Friday, November 11, 1887, marked the end of the first month of school. 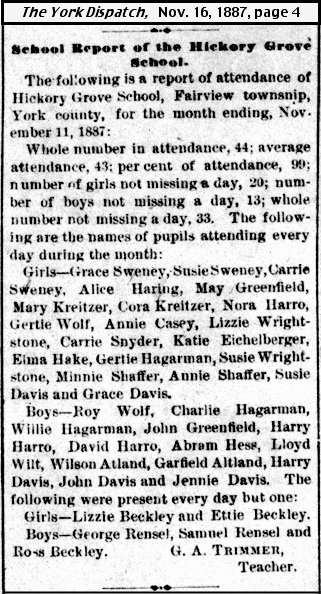 The following is a report of attendance of Hickory Grove School, Fairview Township, York County, for the month ending, November 11, 1887.

The Hickory Grove One-Room Schoolhouse, of Fairview Township, still stands today. It is utilized by a contracting business; as seen in the following 2015 photo: 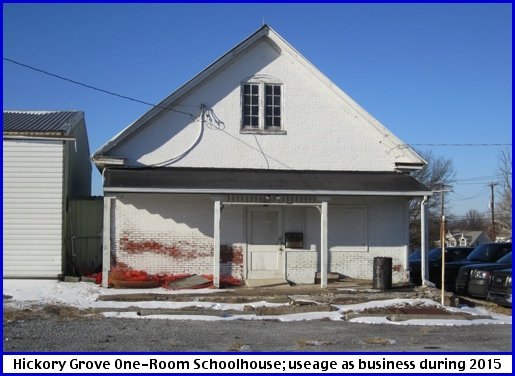