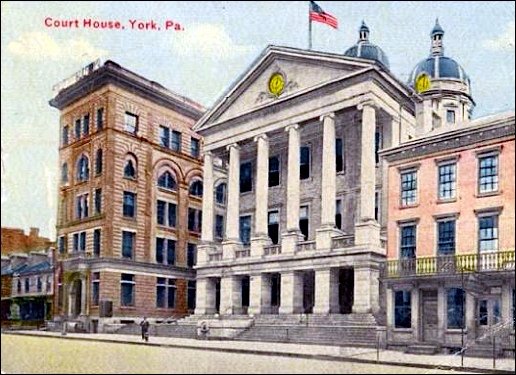 Daylight Savings Time was first adopted in the United States as a mechanism to minimize the use of artificial light to help win the Great War. Today there is the easily understood saying: “In the Spring, move the clocks Forward one-hour. In the Fall, move the clocks Back one-hour;” or simply “Spring forward; Fall back.” Daylight Saving Time for 2018 ends on Sunday November 4th at 2:00 AM.

The implementation of Daylight Saving Time by the United States, one-hundred-years ago, was not a given during World War I. This poster urged the adoption, and in 1918 the government agreed; thus following the previous enactment by our allies, who had copied this mechanism from their enemy. Minimizing artificial light conserved resources needed for the war effort. Daylight Saving Time had been first introduced by Germany, on April 30, 1916, for that very reason.

When first implemented on March 31, 1918, in the United States, overly detailed explanations of how to avoid making the change at 2 o’clock in the morning often confused people. An example can be found in details of adjusting the courthouse clock in York; as published on the front page of the March 30, 1918 issue of The York Daily:

“P. K. Devers, who has charge of the court house clock, will set it forward after it strikes 9 o’clock tonight. When the clock next strikes it will sound 11. It will be one hour ahead of time when the bells of the city are rung at midnight, but will be on the regular schedule of all clocks of the county at 2 a.m., Sunday morning, old time, when it will strike the new time hour 3 o’clock.”

As a point of interest, P. K. Devers, is Philip Kissinger Devers, the father of 4-Star General Jake Devers, born and raised in York. As a young boy, Jake often accompanied his father on weekly visits to maintain the clock atop the York County Courthouse.

“To the citizens of York: As the saving of an hour of daylight each day this summer, as authorized by congressional enactment, becomes effective Sunday March 31, and believing that some confusion on the part of the public may be caused unless all cooperate to make the new system of time a success. I, as mayor of the city of York, most respectfully call upon all owners of industrial plants, to sound the whistles of their plants, and all churches to ring their bells, at 12 o’clock Saturday night.”

“I believe this is the best way in which the public can be reminded to turn on their clocks and watches to 1 a.m. and which will also announce to our citizens the arrival of Easter morning. The hearty cooperation of all our citizens is most earnestly requested so that when we arise on Sunday morning, the new system of time will be in vogue, and no confusion on the part of the public will be experienced. (Signed) E. S. Hugentugler, Mayor.”

In York County, as in the rest of the nation, there were articles blaming confusion that ensued on everything from: Germany for first implementing “this crazy scheme,” to our government for following in kind. After World War I ended, Daylight Savings Time was repealed in the United States. It returned briefly during WWII, plus locally and regionally around the country at other times, before being adopted nationally in 1966.