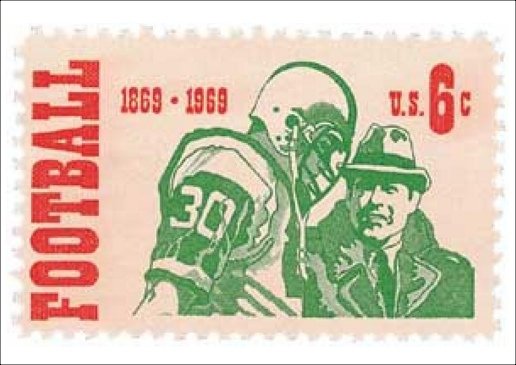 George Billmeyer was a Junior at Princeton when he played the position captain of the enemy’s goal in the First College Football Game during the Fall of 1869. George began the business course of studies at the College of New Jersey at Princeton (now Princeton University) in the Fall of 1867. George was being groomed to take a prominent role in operating the Billmeyer & Small railcar manufacturing business founded by his father Charles Billmeyer, along with David E. Small.

The First College Football Game is recognized as the newly devised sporting contest first played in 1869 at New Brunswick, New Jersey, between Rutgers and Princeton. Rutgers won 6-4, with the scoring and playing rules being considerably different than they are today. Nevertheless the modern game of football evolved over time; from that game played on November 6, 1869, before about 100 spectators.

In a 2013 search of the Estate Inventories of George S. Billmeyer, a mention was made of photos. It appears that Attorney George Kain attempted to distribute some of those photos to appropriate parties. Four photos went to Princeton per the February 3, 1939 issue of The Princeton Alumni Weekly, page 364: “Gifts to the Library, George Hay Kain – 4 Princeton Photographs owned by George S. Billmeyer ’71.”

George S. Billmeyer did not attend college his Senior year, due to pressing matters at home. So these 4 photos are likely from the 1869-1870 school year. A 1901 letter in the Woodrow Wilson Presidential Library from Homer D. Boughner (the other captain of the enemy’s goal; in the first football game) notes that George S. Billmeyer is a good source for questions about the 1869 football team. It makes one wonder if any of those 4 Princeton Photographs owned by George S. Billmeyer were related to that first 1869 football game at Rutgers, or possibly the return match the following Saturday at Princeton.

When I did research work at the Mudd Manuscript Library at Princeton University in 2013, they were not able to locate these 4 Photographs. I was assured the photos are somewhere in their collections, however in 1939, donated photos were not indexed like they are today.

An excellent scholarly article on “The First Intercollegiate Football Game” was written by Parke H. Davis; Member of the Intercollegiate Football Rules Committee. It was written upon the 40th Anniversary of the first game, so he had the ability to interview players from the first game. The Davis article was published in The Princeton Alumni Weekly, December 15, 1909, pages 183 through 187. This article is reviewable at the Princeton University Archives, Department of Rare Books and Special Collections, Princeton University Library.

Accompanying the article, Parke H. Davis included a Copyrighted Photo Layout of The Princeton Football Team of 1869. Davis used class photos to assemble the photo layout. His layout includes the same George S. Billmeyer photo that I obtained from the Princeton University Archives.

Within the Parke H. Davis photo layout of The Princeton Football Team of 1869, all players except three men are shown in small ovals or squares. The three men in large ovals are: George W. Mann ’72, George S. Billmeyer ’71 and William S. Gummere ’70.

Sophomore George W. Mann is not mentioned elsewhere in the article. A rematch game was played on November 13, 1869 at Princeton, where Rutgers was defeated 8 goals to none; was George W. Mann a leading scorer in that game?

Junior George S. Billmeyer is noted in the article as being a captain of the enemy’s goal. What additional reason was there for George to be placed in a large oval?

Senior William S. Gummere was captain of the football team; he was appropriately placed in the center large oval in the photo layout. William was also a leading player on the Princeton Baseball Team. Intercollegiate Baseball games had been played since 1859. Princeton had beaten their rival Rutgers by a large score in baseball, resulting in Rutgers players organizing and electing William J. Leggett to issue a challenge to Princeton for new type of athletic contest; which would come to be known as the First College Football Game.

The Princeton players selected William S. Gummere as their captain. Gummere and Leggett got together and devised the rules for the new type of athletic contest, which resembled a cross between rugby and soccer. William S. Gummere later became Chief Justice of the State of New Jersey.

The following are the rules of the first college football game. The rules are quoted from “The First Intercollegiate Football Game,” by Parke H. Davis; published in The Princeton Alumni Weekly, December 15, 1909, page 184:

“The rules for this contest are interesting, and being the first set of football rules formulated in this country, of course are of great historical importance in the game. They are as follows:

3. Each side shall number 25 players.

4. No throwing or running with the ball; if either it is a foul and the ball then must be thrown perpendicularly in the air by the side causing the foul.

5. No holding the ball or free kicks allowed.

7. A ball passing beyond the limit on the side of the field shall be kicked on horizontally to the boundary by the side which kicked it out.

8. No tripping or holding of players.

10. There shall be four judges and two referees.”

As you can see, these rules hardly have any resemblance to modern football rules. However these are the rules from which the modern game of American football evolved over time. For example in 1875, a rule was added permitting running with the ball and tackling above the waist. An egg-shaped, leather-covered ball was also specified in the rules that same year; previously any available ball was allowed.

In 1876, the number of players on the field from each team was lowered from 25 to 15. That same year a crossbar was added to the goal posts; it’s height specified at 10 feet, which is the same to the present day.

In 1880, the rugby style scrummage was replaced by the scrimmage and the number of players on the field from each team was lowered to 11. In 1882, the rule of using yards and downs was added; requiring a team to make 5 yards in 3 downs.

In 1906 the forward pass was legalized; 37 years after the first college football game! And it took until 1912 for the rules refinement to the present system we now have: 4 downs to make 10 yards.

Resemblance is remarkable between Goodridge image of Charles Billmeyer and photo of his son, George S. Billmeyer
George S. Billmeyer of York enters the 1867 Freshman Class at Princeton; another Capital of the United States
College Football Games were played on the York Fairgrounds during the York Fair
RAILCAR GOLD Chapter 11 . . George Billmeyer goes to Princeton
George S. Billmeyer (1849-1917); Biography from Pennsylvania A History
Four Generations of Billmeyer Family History; from the Immigrant Jacob to Andrew to Daniel to Charles
Five Penn State football games canceled in 1918