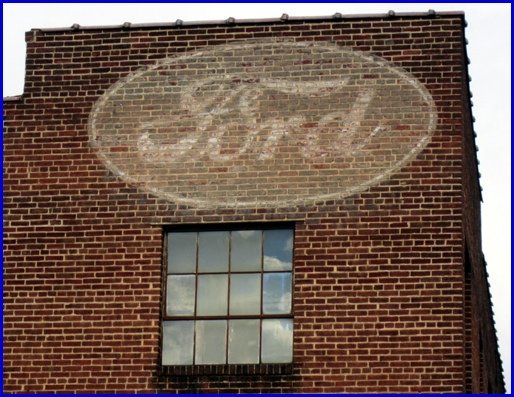 Last year I took this photo of an old Ford “Ghost Sign” in York City.  The sign is high on the west wall of the original location of Carl Beasley Ford along West Market Street opposite Carlisle Avenue.  The best view is looking east from West Mason Avenue where it intersects Royal Street.

Some may remember this location as just east of the old Highway Movie Theater.  Carl Beasley Ford was in the city from the mid-1930s until the dealership moved to 1801 Whiteford Road in Springettsbury Township in 1966.

I was told Henry Ford had Ford Dealers all over the country sending him newspaper clippings or booklets from historical buildings that he might be interested in purchasing for Greenfield Village.  I was researching early Ford Dealers in York County when I made a diversionary discovery.  An early Ford automobile in York was Serial Number 59.

Continue reading to discover who owned the early Ford S/N 59 automobile in York.

The original Ford Model A was the first car produced by the Ford Motor Company.  Production started in July of 1903 with anywhere from 1,700 to 1,800 of this model produced.  The following is an illustration of Henry Ford’s first successful automobile, from an advertisement in the February 1904 issue of The Automobile. 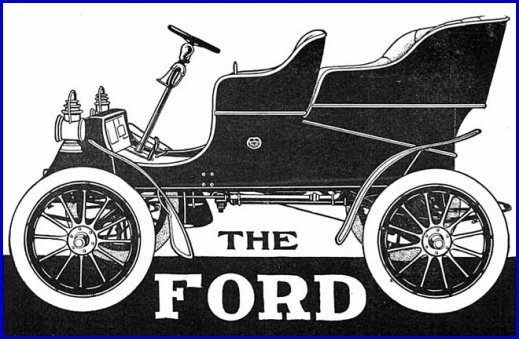 These early Ford automobiles were more expensive than the competition; which was predominately Oldsmobile, at that time.  I wondered what gave G. W. Ruth the means to afford such an early luxury.

George W. Ruth was a York County inventor.  He invented automatic knitting machines and started a corporation to produce them.  The following illustration groups the header from one of his patents with the lower half of a sheet of patent drawings describing the invention. 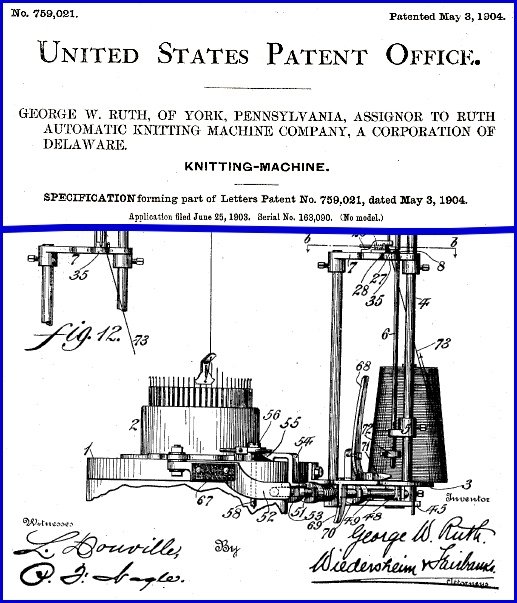