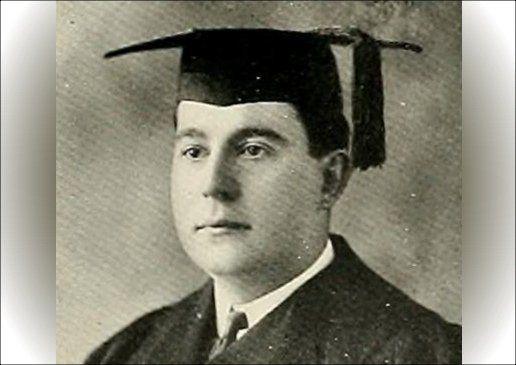 The Springettsbury Township Historic Preservation Committee is presently working on a project to document the Williams’ farmhouse. The planned short introduction about the doctor has snowballed into a rich biography; by utilizing bits and pieces of many newspaper articles, backed up with original documents available on the Internet, from many sites, such as Ancestry.com.

While at Susquehanna University, Louis began dating Anna Ketterman; a music major from York, Pennsylvania. The student newspaper reported freshman Louis Williams spent Christmas break, 1902, at the Ketterman home in York. A few weeks into his senior year, a summer temporary newspaper job lead to Louis taking a year off from college, upon being offered and accepting the permanent job of business manager at the Dauphin County Times.

It was during that year off from college; Louis V. Williams married Miss Anna Ketterman, daughter of Rev. and Mrs. William H. Ketterman, of York. The marriage, on Thanksgiving Day, November 30, 1905, was performed by the bride’s father at the Ketterman home; 213 West Jackson Street. Mr. and Mrs. Williams left for a wedding trip through the South and upon their return they will reside at Penbrook, Dauphin County.

It is unknown how long Louis worked at the Dauphin County Times before moving to Brooklyn; where he had a newspaper job with The Brooklyn Citizen by July 1906. While Louis and Anna were living in Brooklyn, New York, their first child, Lydia Eloise Williams was born September 21, 1906. It is unclear why, however soon after his daughter was born, Louis decided to return to Susquehanna University; where he completed his senior year and graduated with the Class of 1907. Obtaining his degree was likely the result of a sudden desire to become a medical doctor.

Louis Williams was accepted into The College of Physicians and Surgeons in Baltimore, Maryland; a school which later merged with the University of Maryland School of Medicine. While attending school, the second child of Louis and Anna Williams, Henry Vincent Williams was born March 26, 1909, in York, Pennsylvania. Dr. Louis V. Williams graduated with the Class of 1911 at The College of Physicians and Surgeons; he was fourth in his class.

Dr. Williams decided to open his initial practice as a York County doctor in Mt. Wolf; his home and office was on Second Street. In 1914, Louis V. Williams, of Mt. Wolf and Horace W. Kohler of Littlestown, initiated discussions to establish a Polyclinic Hospital, at a central location; where county doctors could operate in a shared first-rate facility.

The Polyclinic Hospital opened at 126 East Philadelphia Street in York during November of 1916. Staffed with nurses and technicians, the institution contained an operating room, labs and recovery rooms for 16 patients at one time. Twelve physicians and surgeons from various parts of the county utilized this facility; while maintaining offices in their home communities. That initial building of the Polyclinic Hospital was razed in the 1950s to create a parking lot.

In September of 1919, Dr. Louis Williams moved his family to 627 South George Street in York and sold his practice in Mt. Wolf to Dr. James Wood, of Barnesboro, Pennsylvania. By that time Louis was performing the bulk of the surgeries at the Polyclinic Hospital. Dr. Williams became head surgeon on the staff at the hospital; owned by Dr. Louis V. Williams, Dr. W. F. Gemmill, Dr. Charles C. Neff and Dr. Horace W. Kohler.

Dr. Williams bought out his partners and became the sole owner of the Polyclinic Hospital on August 13, 1924. In March of 1925, the hospital facilities are moved into a building that was enlarged at 150 South Duke Street, which the doctor had purchased in 1922 as his residence and place of private practice. Louis Williams and Anna Ketterman Williams were divorced in 1925.

Dr. Williams continued to make the labs and facilities of the Polyclinic Hospital available to doctors around York County. In the following years, Dr. Williams took several post-graduate courses to keep up with the latest surgical procedures. It was during one such course, in the fall of 1927, at the General Hospital in San Francisco, California, where his second marriage was to Zora Suzanne Yeager on October 29, 1927. Zora was from York, Pennsylvania; where she was born November 6, 1892 to Isaac and Lydia Yeager.

During summer breaks at York High and at Gettysburg College, Dr. Williams’ daughter, Lydia, helped out at the Polyclinic Hospital. She only got as far as her Sophomore year at Gettysburg College; before deciding to immediately switch to a nursing career; graduating from the York Hospital Nurses’ Training School in 1927. Lydia went on to pursue and earn Bachelors and Masters degrees in nursing education at Columbia University in New York City. Lydia E. Williams was married to Reginald A. Hall on July 26, 1941 in New York. Lydia went on to attain the position: Director of the Loeb Center for Nursing and Rehabilitation at Montefiore Hospital and Medical Center in the Bronx.

On April 12, 1944, Dr. Louis Williams and Zora Williams purchased a 43.9-acre farm, along Mount Zion Road, in Springettsbury Township. This farm had belonged to John C. Miller since 1899, and was sold by his heirs, following Mr. Miller’s death on June 25, 1943. The brick farmhouse on the east side of Mount Zion Road, shown in the photo, was constructed in the earliest years of John C. Miller’s ownership. The original frame farmhouse for the 43.9-acre farm, and all other supporting farm buildings, were located on the opposite side of Mount Zion Road.

It was during Dr. Williams’ ownership, the single story, two-room, brick addition was added to the southeast corner of the farmhouse. This addition may be where the doctor continued a private medical practice following the 1953 closure of the Polyclinic Hospital in York.

The administrative office of Springettsbury Township occupied a single, small room within the single-bay firehouse at 2914 East Market Street until 1958. After which, the township could spread out into two larger rooms within the newly built 3013 East Market Street volunteer fire station. Those two rooms housed the township administrative office and township police department, which was established in 1958.

With the rapid industrial and residential growth within Springettsbury Township during the 1950s, township supervisors had been looking for an appropriately sized piece of ground for township offices, police department, public works facility, and recreational use.

To help out the township, Dr. Williams agreed to stretch out the payments, per a payment of $500 on October 16, 1956, then yearly payments of $6,400 due October 1, 1957 and nine additional payments of $6,400 due October 1st of each succeeding year. After the final payment, the title for the property would be conveyed to the township; however the sales agreement gave Dr. Williams the right of use of the buildings on the property for the remainder of his natural life.

Following the final payment, the title for the 43.9-acre property was conveyed to Springettsbury Township; per Deed Book 59R, Page 1097, dated October 17, 1966. The sales agreement allowed the township to start building on certain areas of the grounds prior to 1966.

A public works facility opened in 1959, as the first building the township constructed on the property; it was on the west side of Mount Zion Road, where the Galleria Mall entrance is now located. The second township building on the property opened in 1964, it combined township administrative offices at the north end with the police department at the south end; and was constructed directly across Mount Zion Road from the public works building. That whole building is now the Springettsbury Township Police Station.

Lydia E. Hall passed away February 27, 1969, and Sylvia Yeager passed away November 15, 1973. Commonwealth National Bank informed Springettsbury Township during December of 1973 about the passing of Sylvia Yeager and that all accrued and undistributed income from the trust, along with the principal will be placed in the Springettsbury Township Library Fund, and the money would become vested for library use by the township.

The Library Fund was unused for many years and it grew significantly due to accrued interest. It started being used in 1997 for the library at the Bradley Academy for the Visual Arts, after the academy moved out of the city to 1409 Williams Road, a neighboring property of the township park. That library was a three-way venture between Springettsbury Township, Bradley Academy and Martin Library. All township residents had free use of this library; essentially a branch of the Martin Library, along with access to a huge visual arts collection.

The library continued after the Academy became the Art Institute of York, however closed when the Art Institute closed in September of 2017. The trust, set-up by Dr. Williams provided all Springettsbury Township funding for 20-year run of that township library site. Today (prior to COVID-19 shut-down) funds from that trust are used to support the York County Libraries in providing Drop-off and Pick-up materials from other libraries in the system for residents at the Springettsbury Township building.

Earlier this year, I heard the balance in the Springettsbury Township Library Fund was around $210,000. Fund usage must be library related. Maybe such a use will be part of the major township building additions; which are imminent.

Location of Springettsbury Township Offices 1958 to 1963

Location of Springettsbury Township Office prior to 1958

The Hermit House of Springettsbury Township