Jim McClure’s post, containing a bird’s eye view of the Schmidt & Ault plant, resulted in a comment inquiring about additional photos of the now-demolished Codorus Street area of the City of York.  I’m a fan of using Penn Pilot’s Historic Aerial Photos; their web site is at this link.

The zoomed-in view of the 1937 aerial photo corresponds to the lower left area of the following 2014 Bing.com aerial photo. 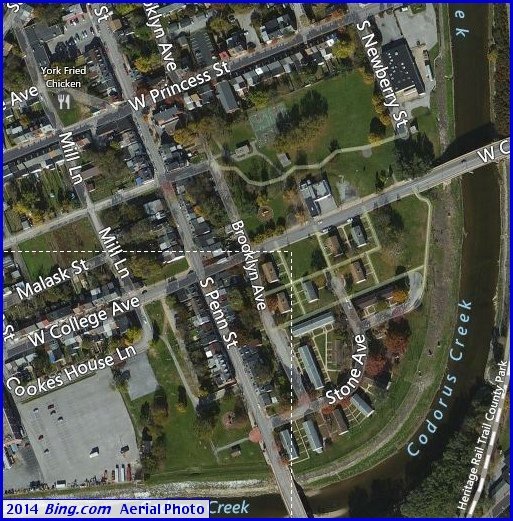 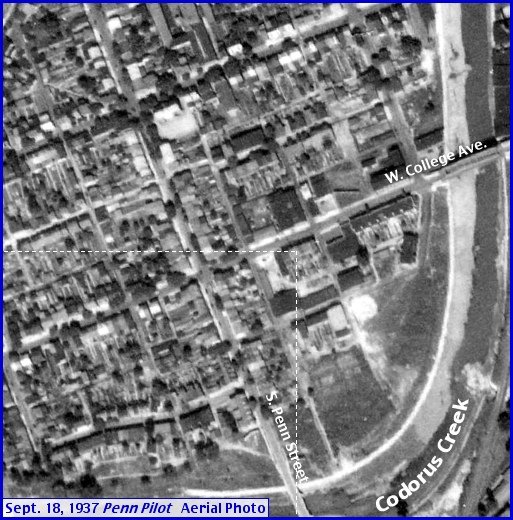 The following illustration shows the Codorus Street section of a 1908 Sanborn Fire Insurance Map.  This map provides the location of house numbers and the type of house construction: Yellow for Wood Frame, Red for Brick and Blue for a Metal Building.  The Blue building was likely left from the time the York Water Company owned the property. 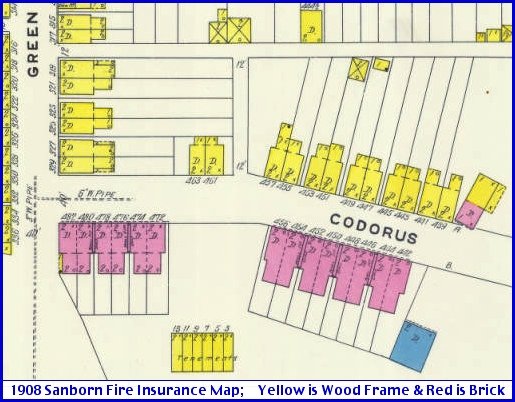 Penn State has many Sanborn Fire Insurance Maps available on-line at this link.  These cover Pennsylvania, although they are primarily restricted to urban areas.  The link, to go directly to the Codorus Street section, is here; then select Sheet 30 in the right column.  This allows one to zoom-in to see greater detail or look at other areas of the city.

If this is the type of information you are looking for, the Library of the York County Heritage Trust has a wider time-period selection of Sanborn Fire Insurance Maps for York.