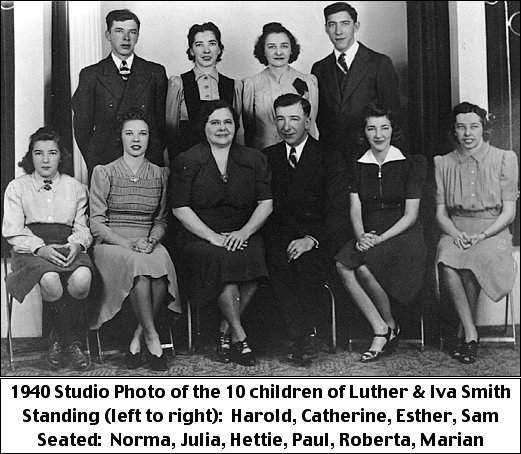 The Century Ribbon Mills plant in York was the only ribbon mill in the country to receive the Army-Navy “E” Award during World War II. Their consistent quality webbings and tapes, used to fabricate parachutes, won them accolades. The plant was presented their “E” Award on April 7, 1943; becoming the fifth York County factory so honored.

The sources for this post are the “York Plan” files at the York County History Center and recollections of three employees, both directly and via my Dad; Harold L. Smith. Three of Dad’s older sisters, Hettie, Esther, and Marian, were long time employees of Century Ribbon Mills; all advancing as foreladies. Other WWII ribbon mill employees will know them as Hettie Strickhouser, Esther Raffensperger, and Marian Smith. Marian married Charles Parks several months after the war ended.

A Library of Congress photo shows an employee, of the Pioneer Parachute Company of Manchester, Connecticut, making parachute harnesses in 1942. She is utilizing one of the types of webbing produced by the Century Ribbon Mills plant; located on the northwest corner of East Boundary Avenue and South Pine Street in York, Pennsylvania.

My previous post noted the prominent parachutes shown on the right side of the “York Plan” mural in York, PA; located on the north wall of the Bell Socialization Services building along South George Street; overlooking the McDonald’s. Those parachutes are representative of the war production work done at the Century Ribbon Mills plant.

The Century Ribbon Mills plant in York produced webbing and tapes, which they supplied to most of the manufacturers of the following types of parachutes: personnel parachutes, bomb chutes, flare chutes, and aerial delivery chutes. The plant also made ammunition belts, helmet webbing, camouflage net tapes, service ribbons, and a number of items, which had secret uses for the Army and Navy.

Altogether, the York plant fulfilled war contracts for over 100,000,000 yards of tapes and webbings, all done to far more stringent standards than they had ever done with their plain and decorative ribbon products produced before WWII. One hundred million yards would stretch more than twice around the earth, at the equator.

Prior to WWII, most of the fancy ribbon products at Century Ribbon Mills were made from silk. The military specifications for heavy cloth reinforcing tapes and webbings called for the use of cotton and rayon. Those heavier materials initially posed some handling obstacles and loom throughput difficulties, however the plant quickly devised methods; which solved those issues. Their solutions also strengthened their product. The following are examples of White Single Dot Parachute Rigger Webbing, which the York plant of Century Ribbon Mills produced.

The brothers Ernest and Herman Levy were the founders of Century Ribbon Mills; headquartered in New York City. By WWII they operated nine plants scattered through Pennsylvania, New York and Virginia. Their plant in York, PA, was opened in 1908.

The United States Army-Navy “E” Award for excellence in the production of war material was presented to the York Plant on April 7, 1943. At the presentation ceremonies, Beulah Blouse, the oldest employee at the plant, and Herman Levy, President of all the Century Ribbon Mills plants, accepted the Army-Navy “E” Flag on behalf of the York Plant employees. At the time, it was the fifth such flag that proudly flew over a factory in York County. In recognition of the plant maintaining production excellence, a silver star was awarded; as an addition to the flag in September, 1944.

Several years ago the former Ribbon Mill plant, at 550 South Pine Street was transformed into a 192-bed housing complex for students at local colleges; including Penn State York, Harrisburg Area Community College and York College. That complex is named The Lofts at Ribbon Place. Shortly after that project was completed, the factory warehouse was repurposed as a 22-unit apartment complex; dubbed the Residences at Ribbon Place.