Grace Dietz submitted a Yorkana postmarked postcard with questions about a relation who served as its Postmaster. The close-up of the postmark indicates it was stamped on October 3, 1906; during the A.M. Quoting from the e-mail query from Grace: “Hunkered down at home, a thought about this postcard caused

Thirty-nine Civil War Veterans were Kiwanis Banquet guests in the York Motor Clubhouse at 2025 East Market Street during 1922. Mahlon Haines was the guest speaker, as he was running for a seat in Congress. Mahlon is in the extreme lower left, within the close-up portion of the group photo.

Myrna Hyson Ross is responsible for funding the entire endeavor to restore the original stone 1857 Hyson One-Room Schoolhouse along Round Hill Church Road in East Hopewell Township. The Stewartstown Area Historical Society provided guidance in the six-year effort, which transformed a failing structure, surrounded by woods threatening to claim

Brooks Robinson helped the York White Roses defeat the Baltimore Orioles at York’s Memorial Stadium in June of 1955. The news, that the sixth-place farm club slammed the big-league team for 13-runs, made front page news in Baltimore; quoting the opening lines from the Baltimore Sun of June 28th: “York, 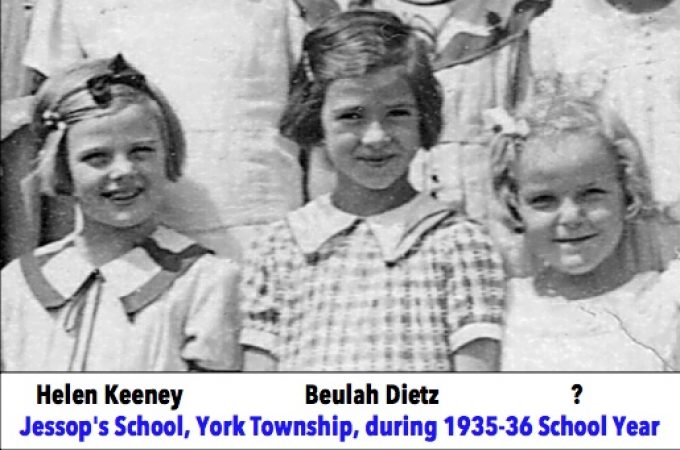 Beulah (Dietz) Stump shared a photo of 1935-36 school-year students in front of Jessop’s One-Room Schoolhouse in York Township. Beulah Dietz is in the first grade. Older sister Kathryn Dietz and older brother David Dietz also attended that same year; all in one room. This post also explores the early

Can you name the five Drive-Thru food businesses located on the lot of the former R. W. Bowman car and truck dealership? That was the question Bob Leiphart posed, upon seeing me taking a few photos last year of the soon be to demolished Gyro-X-Press at 55 Memory Lane; to

Lee Davis submitted information on the 200th Anniversary re-enactment of the westward march of the Continental Congress by way of Lancaster to York; which originally took place during September of 1777 upon the British capture of Philadelphia during the Revolutionary War. During the re-enactment, Lee Davis, a teacher at Eastern

Congressman Daniel Lafean entertained two United States Presidents and many other notables at his mansion on the northwest corner of West Market Street and Richland Avenue. A listing of the foremost visitors, including leading state and national politicians, was recorded on a dining room keycard. ClyTi Swartz submitted photos of

Isabel Dromgold established The Christmas Card Girl greeting card business in York during 1926. Isabel already operated several stores in York during the 1930s, when she began conducting, what grew into a worldwide greeting card mail-order business; from her home on Rockburn Street in the East York section of Springettsbury