One of my readers provided photographs of several 1916 drawings for a residence in York, PA.  These drawings for Miss Cassandra Small’s residence, property and gardens are located at the Olmsted National Historic Site.  Olmsted was doing the landscape design for the property.

In my post on Friday, I showed the site for Cassandra Small’s Country House, along Grantley Road, was to be nestled between two prominent York Estates; that of her brother George Small’s estate, known as Lower Grantley, and the estate of S. Fahs Smith, known as Eltham.

Miss Cassandra Morris Blair Small is the full given name of the person responsible for commissioning these 1916 plans for her Estate along Grantley Road.  Cassandra is the granddaughter of Philip A. Small; i.e. the P. A. in the P. A. & S. Small Company.

Cassandra is a 32 year-old single woman in 1916.  She is living in her widowed mother’s house at 134 West Springettsbury Avenue; a residence which currently houses Presidents of York College.

The following year, in 1917, Cassandra’s mother, Kate M. Small died.  This delayed moving ahead on a separate residence for Cassandra.  A correction from 1917 to 1920 has been made on the year her mother Kate M. Small died; see this link for details.  What ultimately stopped all work on Cassandra’s Country House involved dating and marrying Harvard graduate Walter S. Frankin, Jr.; they married December 6, 1919.

Cassandra M. B. (Small) Franklin is 38 years-old in the passport photo at the beginning of this post.  This was a combined passport issued for a business trip by her husband when he worked for the American Trading Company.  Cassandra accompanied Walter on this nearly 2-month trip to the British Isles, France, Holland and Germany.

Walter S. Franklin, Jr. was born in Ashland, Maryland during 1884.  He graduated from Harvard, Class of 1906.  In October 1906 Walter entered the service of the Pennsylvania Railroad and held various positions with that company in Philadelphia PA, York PA, Baltimore MD, New Haven CT, Toronto Canada, Pittsburgh PA and Atlanta GA.  By 1915 he had settled in as the Division Freight Agent in Baltimore.

In June 1916, Walter was granted a leave of absence from the railroad to enter active service.  As the United States entered WWI, Walter sailed to France as part of the American Expeditionary Forces in December 1917.  Walter was ordered to London in February 1918 and served as the Special Representative Director General of Transportation; in charge of transportation of troops and supplies.

After the Armistice, Walter coordinated the return movement of American troop under Director Army Transport Service.  Upon his discharge, Walter had served only a few months as Assistant General Freight Agent, Pennsylvania Railroad, Philadelphia, when he resigned September 1, 1919.  One would think that it was during these months during the summer of 1919 and into the fall, that Cassandra and Walter dated.  Maybe they had first met a decade earlier, when he held a position with the Pennsylvania Railroad in York PA.

Walter Franklin accepted the position of vice-president of the American Trading Company in New York City shortly before marrying Cassandra Small on December 6, 1919 in Eccleston, Maryland.

By 1930, Walter was lured back into railroading by an affiliate of the Pennsylvania Railroad; he became president of the Detroit, Toledo & Ironton Railroad.  The family lived at Grosse Pointe Farms in Wayne, Michigan.  Walter and Cassandra’s children were: Walter born in 1921, William born in 1924 and Cassandra born in 1927. 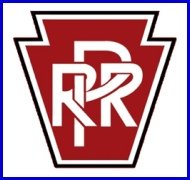 The family resided in a mansion on Old Gulph Road in Lower Merion Township in Suburban Philadelphia.  Walter was awarded an honorary law degree from the University of Pennsylvania.  He served as a director on numerous boards; a few of which are the Curtis Publishing Company, P. A. & S. Small Company, and Morgan Guaranty Trust Company.  Cassandra (Small) Franklin died in 1962 and her husband Walter S. Franklin, Jr. died in 1972.